Plans are being made across the Regions for a Mass for the Anointing of the Sick, many of which are scheduled between Feb 11 (the Feast of Our Lady of Lourdes and recognized as the World Day of the Sick), and throughout March. Plans are underway in Houston, Lafayette, LA, Northern VA, Columbus, Washington/Montomery County and Kansas City, among other regions, including Atlanta.

The Atlanta Region of the Federal Association began in 1995; today there are over 50 members living in the metro area. Archbishop Wilton Gregory serves as the Conventional Chaplain of the Order, and Monsignor Edward Dillon of Holy Spirit Catholic Church serves as Magistral Chaplin.

In Atlanta, the Order has focused much of its recent volunteer effort on working on a variety of projects in support of the Solidarity School, a private Catholic preschool which is operated as a part of a larger outreach to the local Latino community. These projects have included establishing a medical clinic, participating in an annual Christmas pageant and graduation ceremony, and general maintenance and beautification of the facility.

As a special project this year the Atlanta region will sponsor for the second time, a Mass for the Anointing of the Sick, at Holy Spirit Catholic Church in Atlanta on Saturday, February 11 at 11 AM. Monsignor Edward Dillon will serve as the principal celebrant and he will be joined by several local clergy. Members of the Order dedicated to their mission of serving the sick will be available at the Mass to assist anyone in need, and handicap access will be provided. Questions can be directed to Mary Savarese, DM. 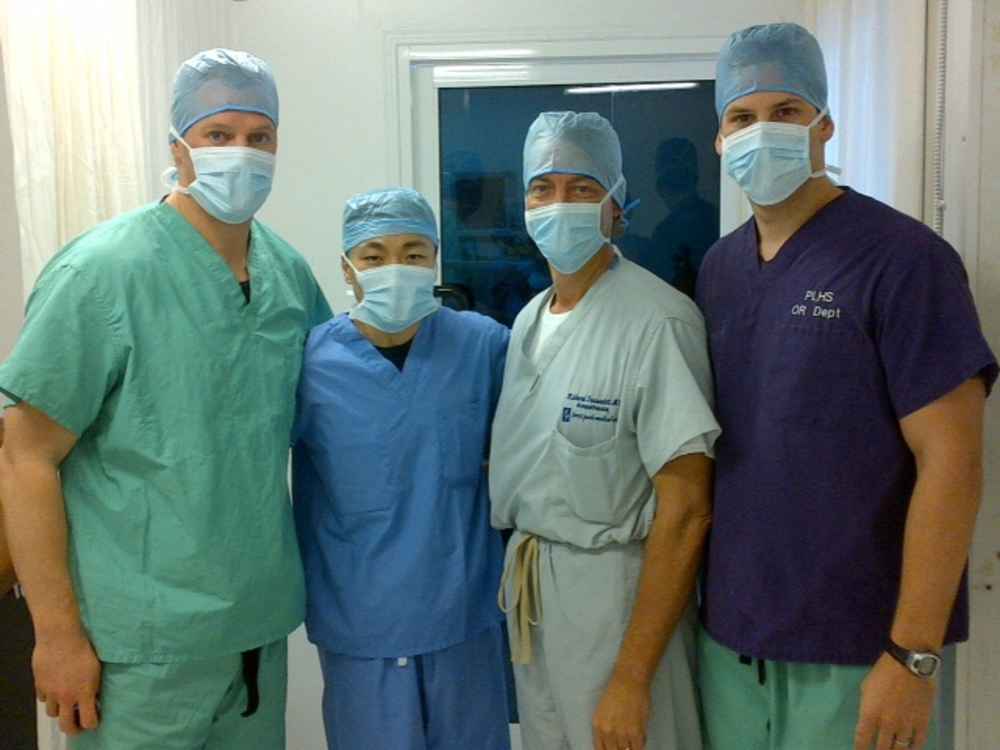 Two years after the devastating earthquake rocked Haiti, volunteers from the Order of Malta continue to work to restore broken bodies and lives. At the Hospital sponsored by the Order in Cap Haitian, the work continues. Beginning January 1, the leadership of CRUDEM was undertaken by Dr. George Butler, KM of the American Association in New Jersey, who assumed the leadership role from Dr. Peter Kelly, KM. Dr. Butler, an OB/GYN by training, will continue the fine work for the people and the ministry of the Order. Any medical professionals interested in volunteering should click here. Recently, members from the Federal Association in Dallas visited Hopital Sacre Coeur and assisted in a work week.

The Federal Association welcomes Margaret (Maggi) Mulvihill as its new Administrative Assistant. Maggi is a native of Limerick, Ireland and is a graduate of the College of Art and Design in Limerick and Kilroys College in Dublin. She immigrated to the United States in the mid-90s and has spent most of her professional career in New York City. She has worked as an executive assistant at the Direct Marketing Association, the Anna-Livia Group, and Goldman Sachs in NYC, and recently ran her own business teaching clients how better to use technology and social media. Maggi is the mother of four children and recently moved to Silver Spring, MD. Cead mile failte, Maggi.

This week and next we are updating the print edition of the 2012 Handbook and Membership Directory. Please take a look at your information in the 2011 Directory –especially your home, business and email addresses—and let the office know if changes need to be made. Click here to send any revisions.

Many have asked about the notice for the 2012 Annual Dues. The dues notice will be sent out in mid-February, and the first payment ($1,200 or partial) will be due on March 15. Members will be given the option of paying in full or in 10 incremental payments using the Faith Direct payment system.

This week, you should have received a new ballot for your vote on the Bylaws. This new ballot has a yellow envelope (with no signature, to ensure privacy) and an external white envelope with a return address. This is to ensure that each member’s ballot is received, but that the vote is confidential. It is in accordance with the bylaws from Rome regarding elections.

If you voted previously, you will need to vote again. Please return your responses by Feb 3, 2012.