Central to the life of the Order of Malta is our service to the poor and sick, who we affectionately refer to as “Malades”. Our commitment manifests itself in our annual pilgrimage to the site of 17 appearances of our Blessed Mother to Saint Bernadette in Lourdes, France. This is the Order’s signature project in which 350 pilgrims bring 45 Malades with their companions each May.

As we all agree the financial responsibility for Malades and their companions participating in the pilgrimage should be borne by the Knights and Dames of the Federal Association, we must raise the endowment by an additional $6 million to a total of $8 million. This will secure the pilgrimage for Malades for many years into the future. We plan on reaching this achievement through multi-year gifts that are completed by May 2018. 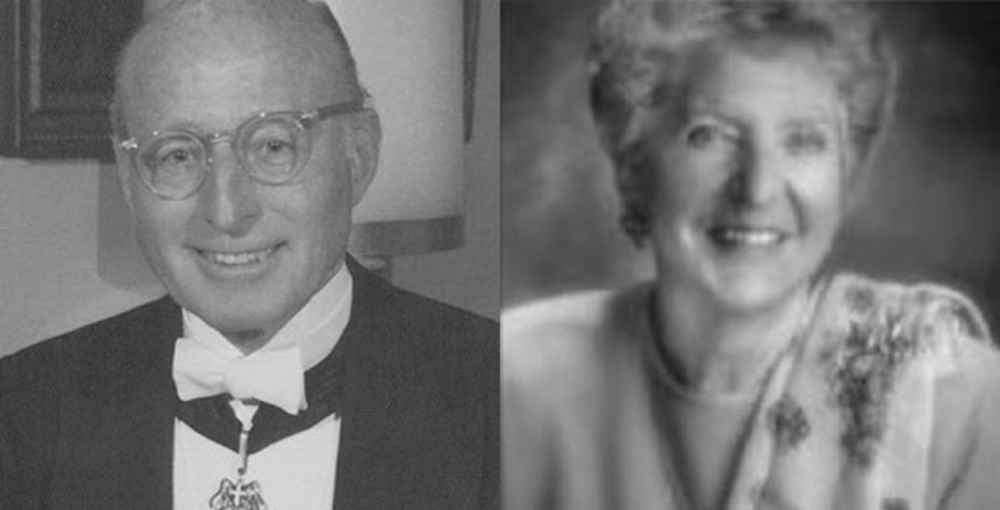 Admiral Bill Callaghan, along with his wife Betty, were also among the very first members of our Association to participate on pilgrimage. In 1992, he succeeded Dr. John Collins Harvey as the third Chairman of the Lourdes Committee, and under Bill’s leadership the Federal Association’s group had expanded from 100 to 250 when he retired in ’06. His committee meetings were run with precision befitting a former Executive Officer of a US Navy carrier fleet, but there was always room for new ideas and a bit of humor. Committee members, Team Leaders and Association staff loved working for and with “the Admiral” as he was always called with respect and affection. 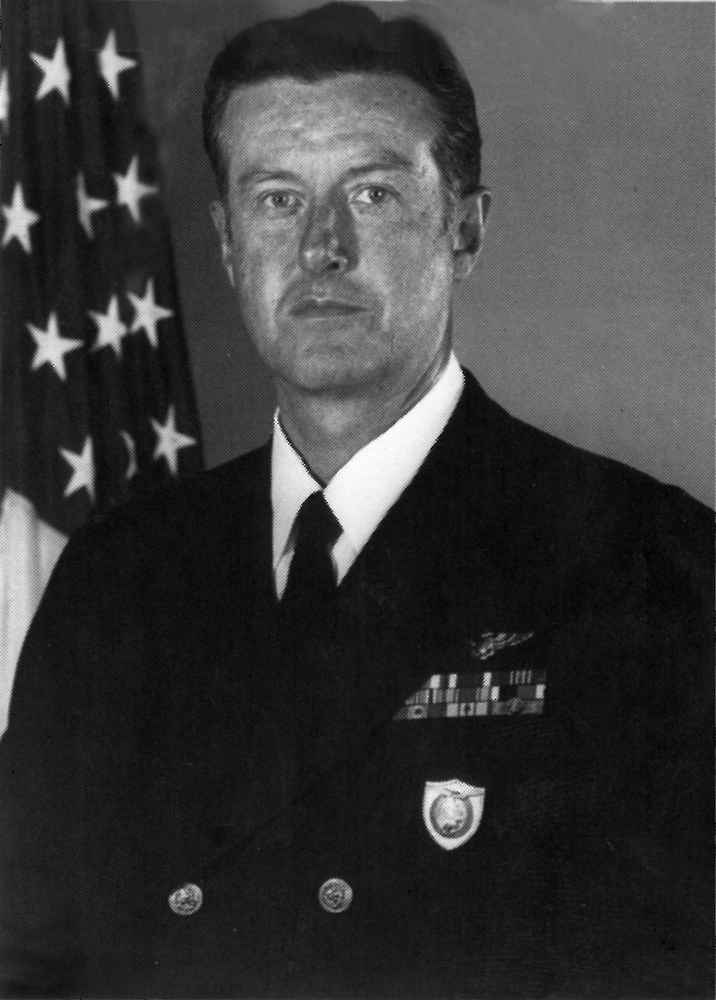 Tall, ramrod straight, and utterly imperturbable, Bill cast an imposing figure. However he also quietly served the forgotten among us through a determined outreach to inner-city parishes in Washington and Baltimore to see if the pastor might recommend a Malade, and then he called every Malade in advance of every pilgrimage to answer any questions they may have had. The Association was able to fund these Malades largely thanks to recurring annual support from the FitzGeralds. They understood that funding these Malades in their time of need was part of the members' responsibility in our care for them. They continued that care through a generous legacy gift which formed the core of current Lourdes Endowment Trust, which has reduced costs for Malades for the past ten years.

For over forty years, thanks largely to these members living the mission of our Order through generous leadership and dedicated service, thousands of people from around the country have been able to answer the Blessed Mother’s call and visit her Shrine at Lourdes. 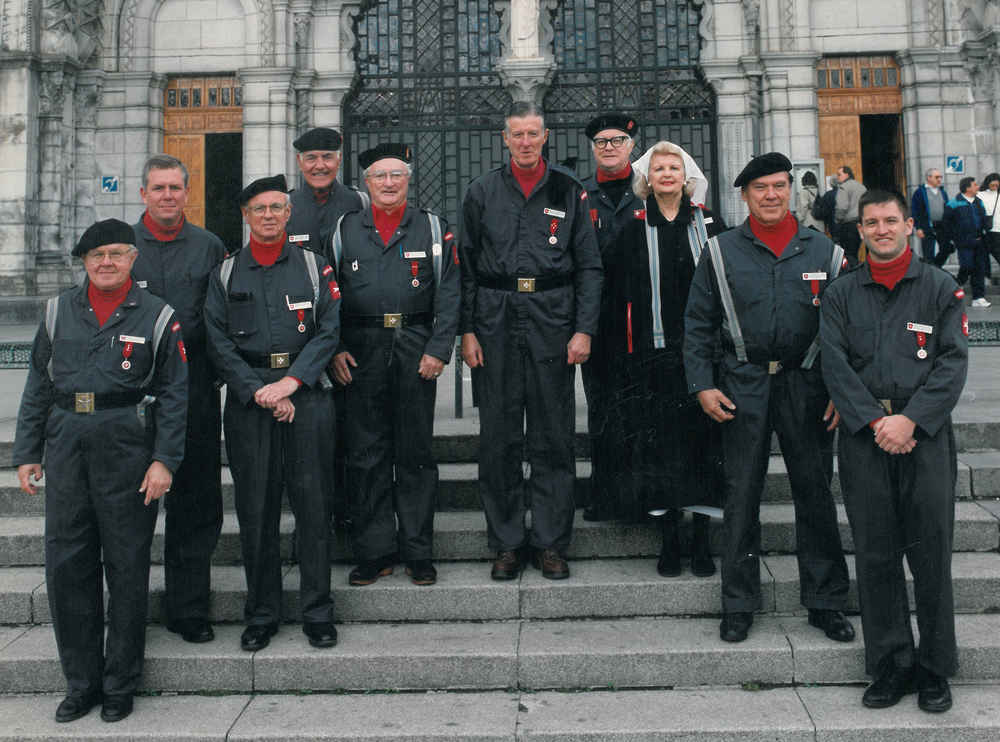 Adm. Callaghan (center) with committee members and team leaders in 1995.

Thank you to our Generous Scholarship Founders

Kristin A. and
Charles A. Mifsud, KM

The Fifth International Vatican Conference “Exploring the Mind, Body & Soul - How Innovation and Novel Delivery Systems Improve Human Health”, from 6 to 8 May, brought together the world’s leading physicians, scientists, leaders of faith, policymakers and influencers.

The post The Fifth International Vatican Conference: “Unite to prevent, unite to cure” appeared first on Order of Malta.

The spread of a new Coronavirus mutation has led to a dramatic increase in the number of new infections in India over the past few days. In no other country in the world are so many people being infected with the virus.

On Sunday 2 May, a mass was celebrated in the Vatican Gardens for the intentions of Our Lords the Sick, members and volunteers of the Order of Malta from all over the world in spiritual union with Our Lady of Lourdes.

The post Holy Mass in spiritual union with Our Lady of Lourdes appeared first on Order of Malta.

For the second year running, the Covid-19 pandemic has meant that the Lourdes Sanctuary will be unable to host the Order of Malta’s traditional international pilgrimage.

Fra' Giacomo dalla Torre del Tempio di Sanguinetto, Prince and 80th Grand Master of the Sovereign Order of Malta, died in Rome one year ago on 29 April after an incurable illness.

The Order of Malta’s Lebanese Association, St. Michael’s Hospital Foundation and Notre-Dame Maritime Hospital in the Jbeil district – near Byblos - have established a partnership to step up the fight against the pandemic.

The post Lebanon: agreement with two hospitals for combating Covid-19 appeared first on Order of Malta.

Holy See and the Sovereign Order of Malta Permanent Missions to the UN in Geneva, organized a virtual event called "Fraternity, multilateralism and peace".

The post Order of Malta’s Mission to UN Geneva co-sponsors event on Fraternity, Multilateralism and Peace appeared first on Order of Malta.

Yesterday, the Lieutenant of the Grand Master Fra’ Marco Luzzago received the Ambassador of the Kingdom of Morocco to the Order of Malta, Rajae Naji El Mekkaoui, in the Magistral Palace.

The post The Lieutenant’s greetings to the King of Morocco at the beginning of Ramadan appeared first on Order of Malta.

The Procurator of the Grand Priory of Rome, Amedeo de Franchis, welcomed the Lieutenant of the Grand Master, Fra' Marco Luzzago, and Cardinal Silvano Maria Tomasi, the Pope’s Special Delegate to the Order of Malta, in the Matteo 25 Community in Rome.

The post Cardinal Tomasi in Matteo 25 Community appeared first on Order of Malta.