History of the Order 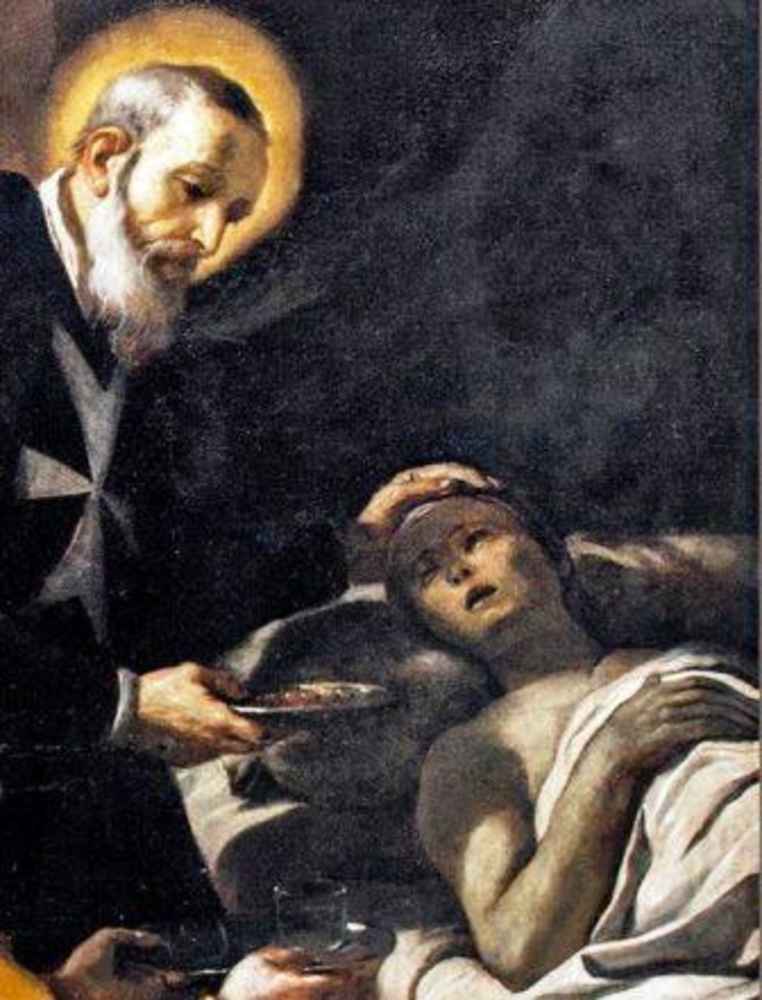 Blessed Gérard in the Hospital of Jerusalem

The birth of the Order of St. John dating back to 1048. Merchants from the ancient Marine Republic of Amalfi obtained from the Caliph of Egypt the authorization to build in Jerusalem, a church, a convent and a hospital to care for pilgrims of any religious faith or race. The Order of St. John of Jerusalem - the monastic community that ran the hospital for the pilgrims in the Holy Land - became independent under the leadership of its founder, Blessed Gérard. On 15 February 1113, Pope Paschal II puts the hospital under the care of St. John's Church, with the right to freely elect its superiors without interference from other secular or religious authorities. By virtue of the Papal Bull, the Hospital became a lay religious order. All the knights were religious, bound by the three monastic vows of poverty, chastity and obedience.

The constitution of the Kingdom of Jerusalem obliged the Order to take on the military defense of the sick and pilgrims and to protect its medical centers and major roads. The mission hospital, the Order adds the defense of the faith. As a result, the Order adopts the white eight-pointed Cross that is still its symbol.

After the fall of Saint John of Acre and the loss of the Holy Land in 1291, the Hospitaller Order of St John transferred its seat and hospital to Limassol on the island of Cyprus, where it had been present since 1210 thanks to the concession of important properties, privileges and commercial rights.

It continued to build new hospitals faithful to its hospitaller mission, and benefitted from the strategic position of the Island to constitute a naval fleet to protect pilgrims on the sea route to the Holy Land. The number of members coming from all over Europe continued to grow and contributed to the strengthening of the Order’s structure, acquiring new possessions on the Mediterranean shore. Amongst these were the important port of Famagusta, the city of Nicosia and numerous Commanderies.

Due to the consequences of increasing instability in Cyprus, which resulted in restricting their expansion on the island, the Hospitallers sought to consider a more suitable base for the seat of the Order of St John on the Island of Rhodes. Nevertheless, Magistral Lieutenants remained present in Cyprus to govern the Priories and Commanderies (said to have been over sixty by 1374) for another century until the middle of the fifteen century, when the Knights were recalled to the Conventual Seat in Rhodes. 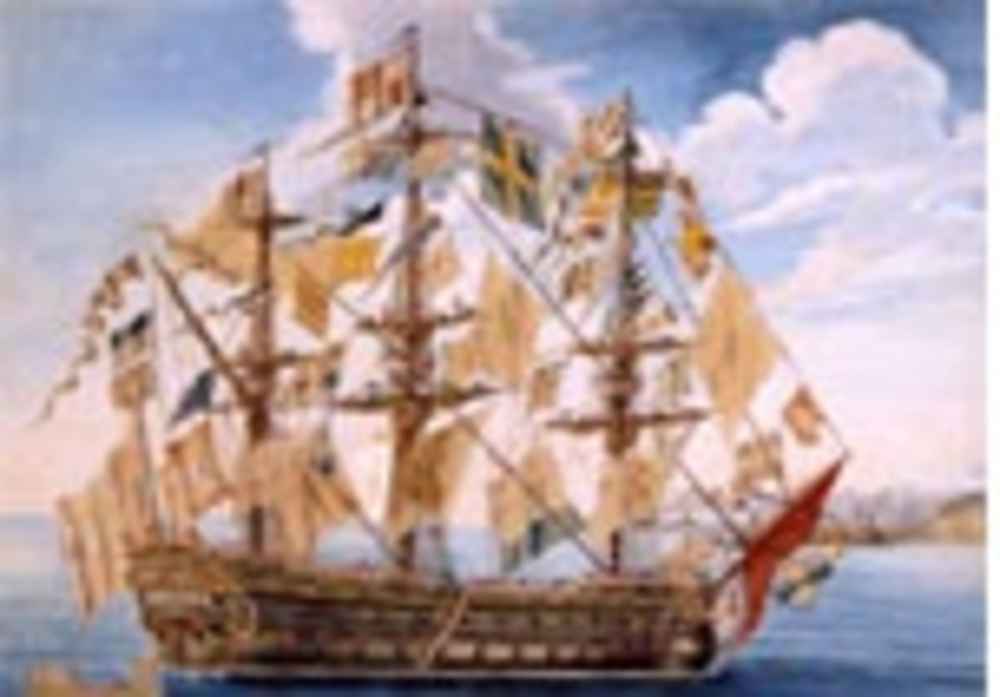 Under the guidance of Grand Master Fra 'Foulques de Villaret, in 1307 the knights of the Order of St. John landed in Rhodes. After completing the acquisition of the island in 1310, will relocate their headquarters.

Since then, the defense of the Christian world requires a naval force and the Order built a powerful fleet and sailed the Eastern Mediterranean, fighting many famous battles.  Independence Order from other nations granted by Pontifical deed, with the universally recognized right to maintain and deploy armed forces and to appoint ambassadors, forms the basis of its sovereignty.

Since the beginning of the fourteenth century institutions of the Order and the knights who came to Rhodes from all over Europe come together on the basis of spoken language. At first there were seven languages: Provence, Auvergne, France, Italy, Aragon (Navarre), England (with Scotland and Ireland) and Germany. In 1492 constituted the eighth Langue of Castile and Portugal. Each Langue included Priories or Grand Priories, Commanderies and Bailiwicks.

The Order was governed by the Grand Master (the Prince of Rhodes) and Council, minted its own money and maintained diplomatic relations with other states. The highest offices of the Order were given to representatives of different Langues. The headquarters of the Order, the Convent, was composed of religious of various nationalities.

After six months of siege and fierce combat against the fleet and army of Sultan Suleiman the Magnificent in 1523 the knights were forced to surrender and leave with full military honors on the island of Rhodes. 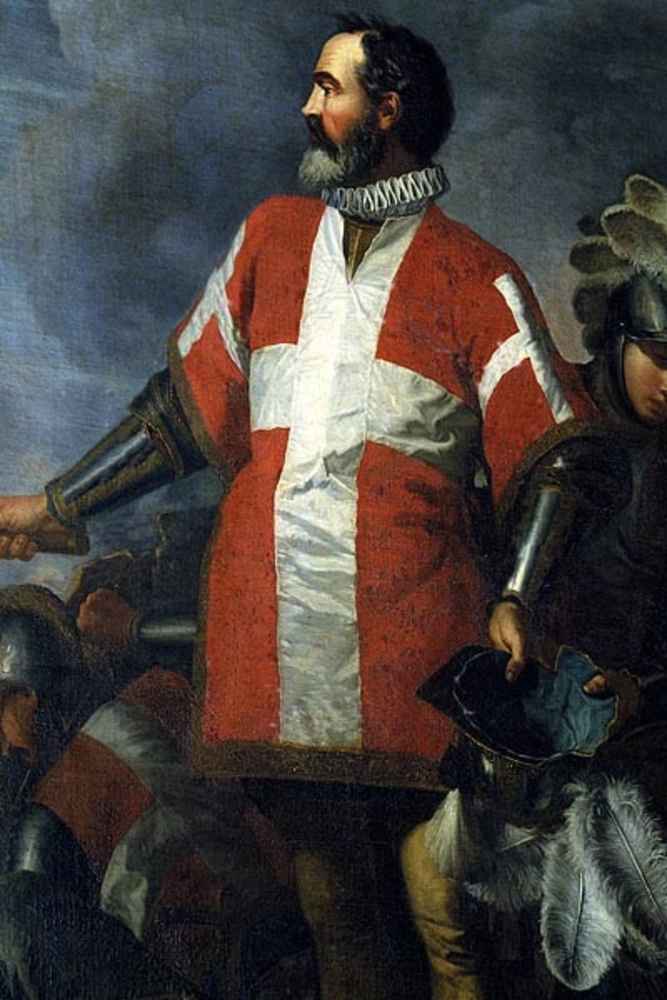 The Order remained without a territory of its own until 1530, when Grand Master Fra’ Philippe de Villiers de l’Isle Adam took possession of the island of Malta, granted to the Order by Emperor Charles V with the approval of Pope Clement VII. It was decided that the Order should remain neutral in any war between Christian nations.

In 1565 the knights, led by Grand Master Fra’ Jean de la Vallette defended the island for more than three months during the Great Siege of the Ottomans.
Following this victory the city and port of La Valletta was built and named after the Grand Master, its founder. The knights transformed Malta, undertaking urban construction projects: palaces and churches were built, as well as formidable new defence bastions and gardens. Architecture flourished as well as artistic patronage. The island was given a large new hospital, considered to be one of the best organised and most effective in the world. A school of anatomy was also founded and the faculty of medicine followed. In particular, the Order contributed to the development of ophthalmology and pharmacology.
As well as these activities, for centuries the Order of Malta’s fleet took part in the most important manoeuvres in the Mediterranean against the Ottoman fleet and against North African pirates.

In 1571 the fleet of the Order of Malta took part in the Battle of Lepanto, contributing to the victory of the Christian fleet against the Ottoman Empire’s expansion into Europe.

Two hundred years later, during his Egyptian campaign in 1798, Napoleon Bonaparte occupied Malta for its strategic value. Because of the Order’s code prohibiting them from raising weapons against other Christians, the knights were forced to leave their island. The Treaty of Amiens, signed in 1802, which established the sovereign rights of the Order over the island of Malta, was never applied.

After having temporarily resided in Messina, Catania and Ferrara, in 1834 the Order settled definitively in Rome, where it owns, with extraterritorial status, the Magistral Palace and the Magistral Villa on the Aventine Hill. 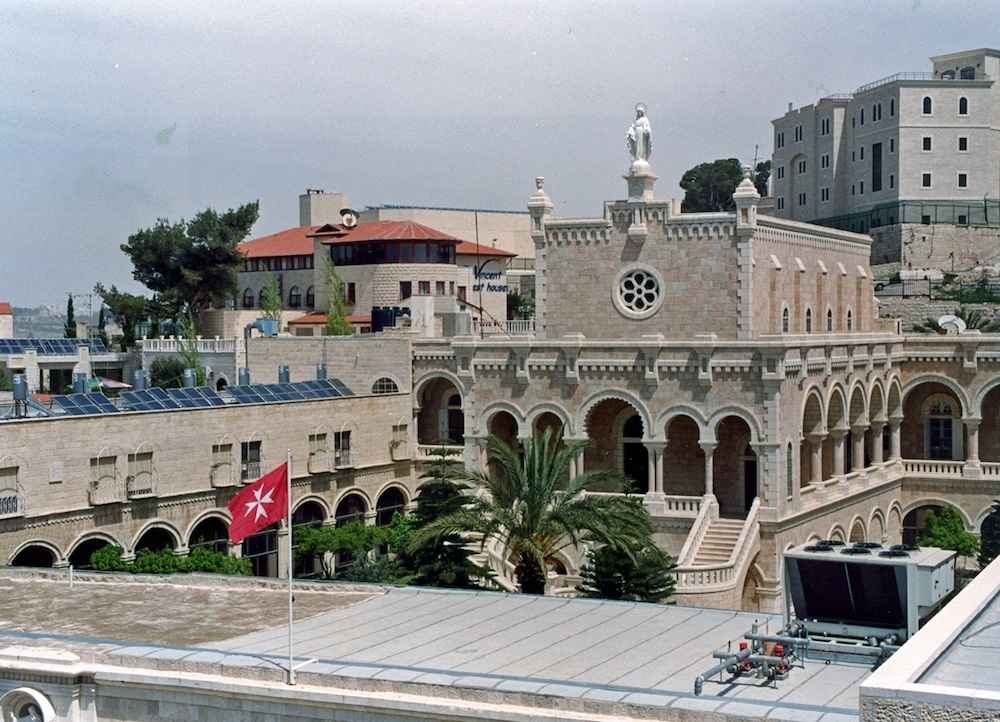 Order of Malta Hospital in Bethlehem

In the second part of the 19th century, the original hospitaller mission became once again the main focus of the Order, growing ever stronger during the last century, most especially because of the contribution of the activities carried out by its Grand Priories and National Associations in so many countries around the world. Large-scale hospitaller and charitable activities were carried out during World War I, and World War II under Grand Master Fra’ Ludovico Chigi Albani della Rovere (1931-1951).

Under the Grand Masters Fra’ Angelo de Mojana di Cologna (1962-1988) and Fra’ Andrew Bertie (1988-2008), the projects expanded until they reached the furthermost regions of the world.

To discover more about the current activities of the Order, please visit the Medical and humanitarian activities section of the International Order's web site.