Lieutenant of the Grand Master

Religious superior and Sovereign of the Order of Malta

The Lieutenant of the Grand Master is elected by the Council Complete of State for a term of one year from amongst the Professed Knights.

According to the Constitution, as the religious Superior and Sovereign, he must fully dedicate himself to the development of the works of the Order and set an example of living by Christian principles to all the members of the Order. He is vested with supreme authorities.

Together with the Sovereign Council, the Lieutenant of the Grand Master issues the legislative measures not covered by the Constitution, promulgates government acts, manages the financial assets, ratifies, international agreements and the summoning of the Chapter General.

The States with which the Order has diplomatic relations recognise the Lieutenant of the Grand Master with the prerogatives, immunities and honours reserved for Heads of State.

The Lieutenant of the Grand Master resides at the Order’s seat of government, the Magistral Palace in Rome. 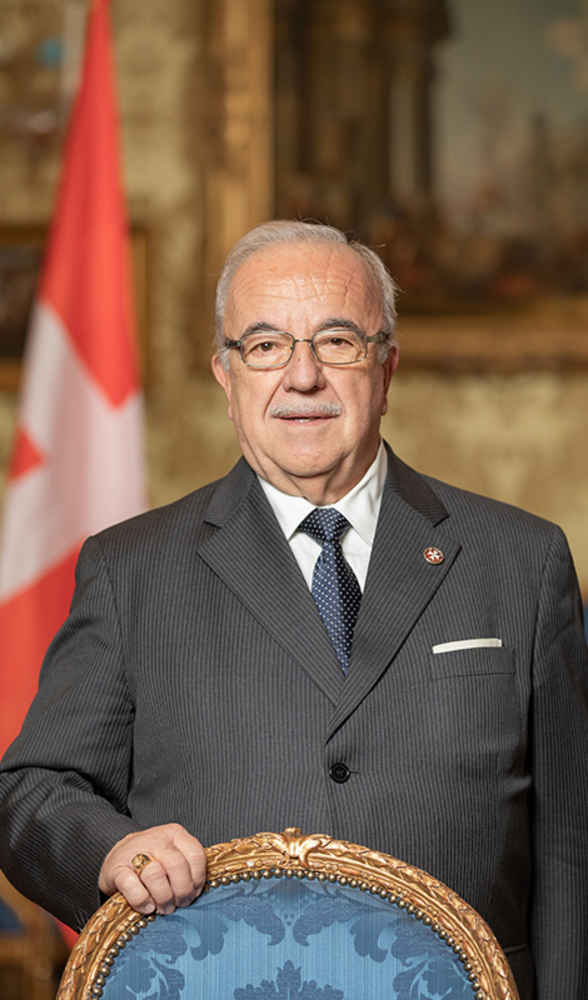 Fra’ Marco Luzzago was born 1950 in Brescia. He completed a scientific high school degree at the institute of the Franciscans in Brescia, before studying medicine for a number of years at the Universities of Padua and Parma. He was then asked to manage his family’s property interests. This led on to business activities in the consumer industry and large-scale retail distribution, an area in which he continued to be involved in for many years.

A Thanksgiving Mass to mark the 70th anniversary of diplomatic relations and successful humanitarian cooperation between the Sovereign Order of Malta and the Republic of El Salvador has been celebrated yesterday in the Church of Santa Maria in Aventino in Rome.

The post Thanksgiving Mass for the 70th anniversary of diplomatic relations with El Salvador appeared first on Order of Malta.

Serbian Foreign Minister Nikola Selaković will be received today by Grand Chancellor Albrecht Boeselager at the Magistral Villa in Rome, one of the Order of Malta’s government seats.

The post  The Grand Chancellor receives Minister of Foreign Affairs of the Republic of Serbia appeared first on Order of Malta.

Seven weeks after the massive earthquake in Haiti, the situation for those affected remains tense, especially in the affected region of Nippes. "Many roads are still impassable; health facilities are overloaded and water supply is insufficient in parts of the country.

Expo and interreligious dialogue in talks with United Arab Emirates

Expo and interreligious dialogue in talks with United Arab Emirates

The post Expo and interreligious dialogue in talks with United Arab Emirates appeared first on Order of Malta.

Kandia Kamissoko Camara, Minister of State, Foreign Affairs and Integration of Côte d'Ivoire, was received on 7 October by the Grand Chancellor of the Order of Malta, Albrecht Boeselager, at the Magistral Palace.

The post Côte d’Ivoire Minister of State and Foreign Affairs received by Grand Chancellor appeared first on Order of Malta.

The Lieutenant of the Grand Master, Fra’ Marco Luzzago, received in audience in the Magistral Villa for the presentation of their Letters of Credence, the new Ambassadors of Germany, Gabon, Uruguay, Namibia.

As Covid 19 cases continue to rise in Syria, supplies of testing kits and oxygen are beginning to run low while aid agencies are calling for a ceasefire to protect civilians.

The post Order of Malta Slovakia volunteers providing assistance during the apostolic visit of Pope Francis appeared first on Order of Malta.

On the occasion of the celebrations for the 30th anniversary of the Order of Malta’s Relief Organisation in Lithuania, the Grand Hospitaller Dominique de La Rochefoucauld-Montebl paid a visit to the country.

The post The Order of Malta’s Relief Organisation in Lithuania celebrates 30 years of activities in the presence of the Grand Hospitaller appeared first on Order of Malta.