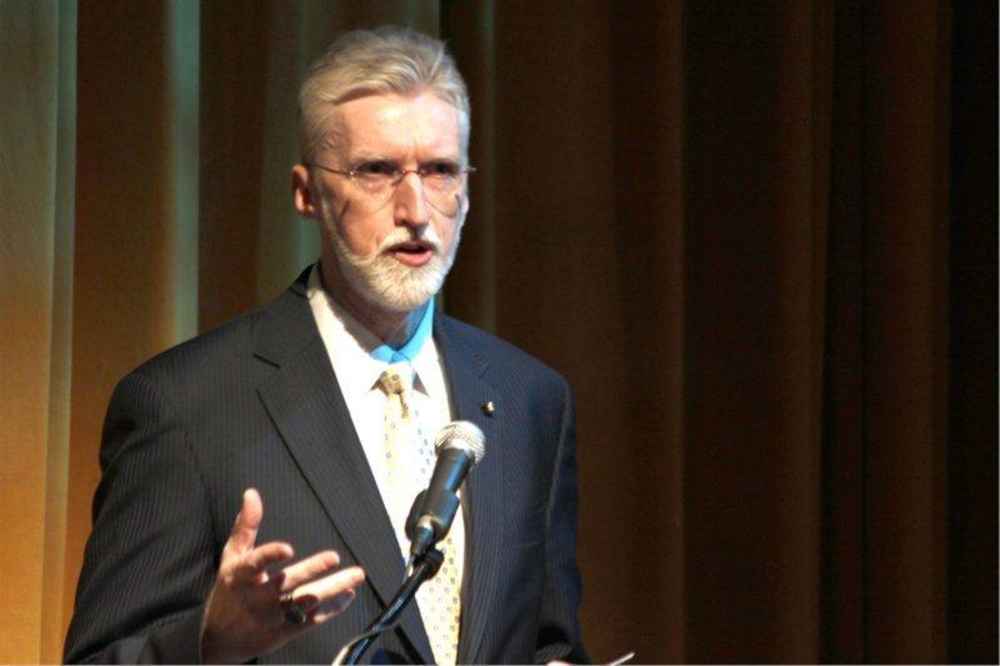 On February 11, the Charlotte, NC Region sponsored a forum on religious liberty to highlight the increasing intrusion of government into matters of faith. The forum was timely in light of the recent Federal mandate requiring all private health care plans to cover contraceptives, sterilization, and abortifacients. The day before the forum President Obama announced certain mandate modifications applicable to religious institutions apparently intended to quell the firestorm of criticism from the USCCB and other faith-based groups. While public reactions to the modifications have been mixed, the Bishops’ Conference has resoundingly rejected this purported compromise. Against this backdrop, over 125 Knights, Dames and interested friends gathered at Belmont Abbey College outside Charlotte to learn more about this challenge to our religious liberty.

Dr. Grattan Brown, Assistant Professor of Theology at Belmont Abbey College, established the framework for the afternoon’s forum with a thorough examination of natural law as the foundation of religious liberty and the basis of the Church’s position on marriage and contraception. In tracing historical precedents for the role of natural law in civilization, Professor Brown cited sources as varied as Antigone, St. Thomas Aquinas, Justice Robert Jackson (Nuremberg Trials), and the Vatican II pronouncement, Dignitatis Humanae. He noted the increasing proclivity of government to introduce programs that attempt to elevate the priority of human law above natural law, which is infused in man at creation and promulgated to him through his reason. Professor Brown also pointed out that an embryo, or new human being, is created at fertilization, not implantation. Thus, contraceptives specifically designed to prevent implantation function as a direct abortifacient, while other forms of contraception may also prevent implantation if their primary purpose, such as preventing ovulation, fails.

“What Belongs to Caesar and What Belongs to God?” was the theme underlying the presentation of Kyle Duncan, Senior Legal Counsel of the Becket Fund for Religious Liberty, a Washington public interest law firm. Mr. Duncan spoke extensively on the recent unanimous Supreme Court decision in the Hosanna Tabor case affirming the validity of the ministerial exception to EEOC regulations. He concluded his remarks by questioning whether the exemption embodied in the recent Health & Human Services mandate in fact violates the free exercise of religion guaranteed by the First Amendment to the Constitution.

The final presentation of the day was given by Nancy Matthews, retired Chancellor of the Diocese of Bridgeport, CT. and a consultant to the USCCB Ad Hoc Committee on Religious Liberty. While religious liberty has been under assault for many years, Mrs. Matthews noted an escalation in 2011 associated with the issues of same-sex marriage, the ministerial exception and the full range or reproductive activities. She cited the historical importance of the free exercise of religion to an ordered liberty and to the creation of just laws. The threat of government replacing religion with a radical secularism must be countered with sound catechesis, a robust curriculum in Catholic schools, effective use of media, and litigation.

The day’s activities concluded with Mass celebrated by Msgr. Anthony Marcaccio, Magistral Chaplain of the Order and Pastor of St. Pius X Church in Greensboro. Special thanks are due to our Defense of the Faith Committee including Co-chairs Bob Gallagher, KM and Rich Hoefling, KM, Ray Farris, KM and Peter Keber, KM for their initiative in creating this program, to Jerry Schmitt, KM Regional Hospitaller, for his efforts in attracting the broader Catholic community, and to Dr. Bill Thierfelder, KM, President of Belmont Abbey College, for graciously providing the venue for this enlightening forum. - Ed Ruff, KM, Charlotte

In cooperation with the Lourdes Committee, the members of the Subpriory of Our Lady of Lourdes will expand its prayer ministry to include malades and companions who have accompanied the Federal Association on any of its Lourdes pilgrimages.
Knights and dames who hear of the death or critical illness of a malade or companion, past and present, should notify Lourdes Committee member Ken Peltier.

Professed Federal Association knights and knights and dames in Obedience in the Subpriory will send Mass cards and a personal note to the families of deceased malades and companions and cards for special prayers to those suffering critical illness.

Members of the Subpriory pray every Friday “in community” for those Federal members, families and friends on their prayer list. They will now include Lourdes malades and companions in the Friday prayers and in the prayers they say individually at other times. - Kathryn Abell, KMOb, Washington

The Anointing Mass of the World Day of the Sick that was celebrated at St. Michael’s Catholic Church in Houston Feb 11 was very beautiful. As Cardinal DiNardo noted in the homily, this feast day of the Roman Catholic Church which was instituted by Pope John Paul II is celebrated every year on the commemoration of Our Lady of Lourdes for all believers who seek “a special time of prayer and sharing, of offering one's suffering".
Pope John Paul II had written a great deal on the topic of suffering and believed that it was very much a salvific and redeeming process through Christ, as he indicated in his apostolic letter Salvifici Doloris.

The feast of Lourdes was chosen because many pilgrims and visitors to Lourdes have reportedly been healed by intercessions of the Blessed Virgin. What a wonderful way for us to participate before the yearly pilgrimage of our beloved Malades, and our Knights and Dames of the Order to Lourdes this year! - Stephen Sleezer, KM, Houston 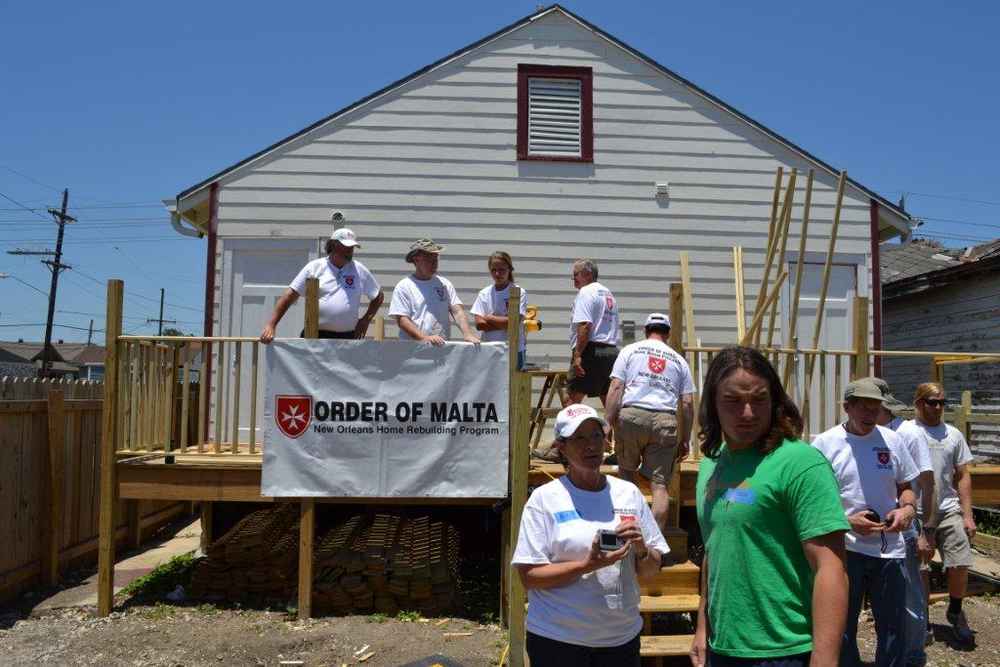 A Message from the Principal Chaplain On “Religious Liberty”

Your prayers are requested for the work of the Bishops’ Ad Hoc Committee for Religious Liberty. To read a recent letter from Cardinal Wuerl on his reaction to the Obama Administration’s response to the Bishops’ efforts click here.

Dues are Due March 5

Please Click here to learn more about the payment options for 2012 Dues.
Your prompt payment is appreciated.