Advent, A Journey Towards Hope 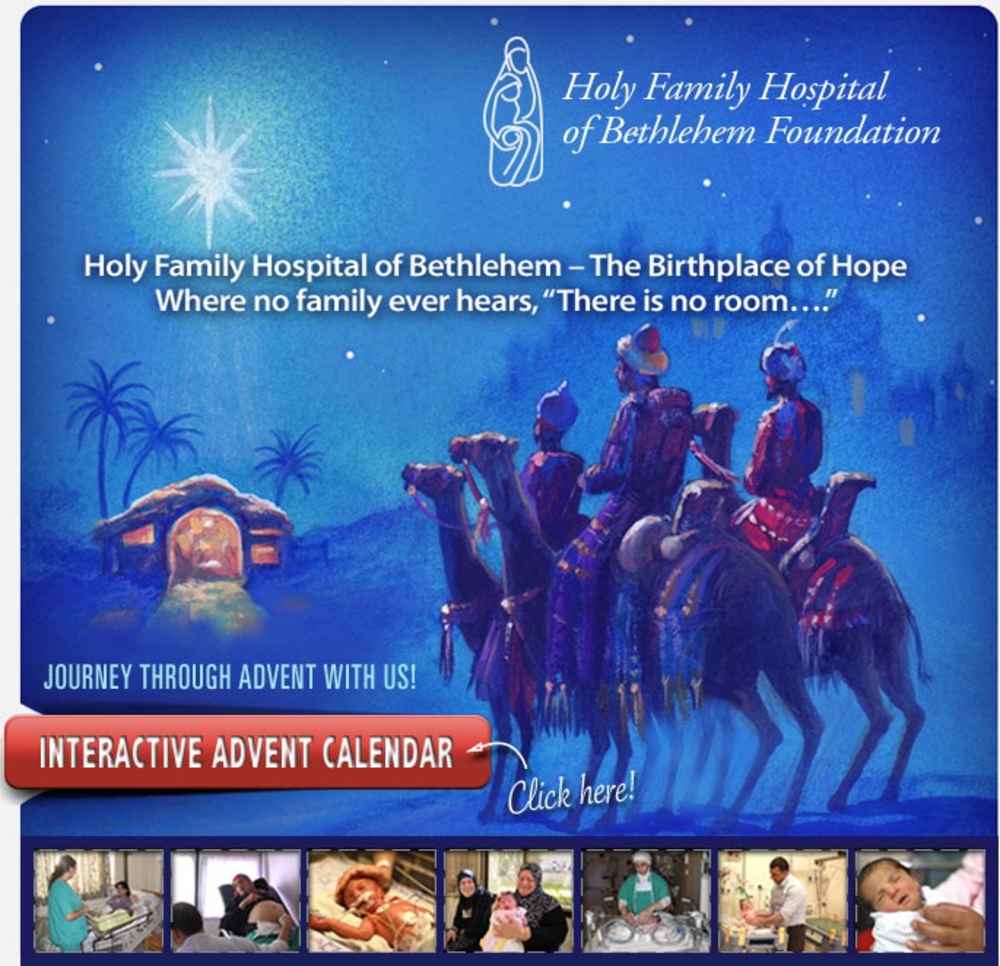 From now until Christmas, the Holy Family Hospital of Bethlehem Foundation invites you to journey with us on a path to prepare our hearts for the birth of The Lord.
Holy Family Hospital is the premier maternity hospital and newborn critical care center in the West Bank region, serving the medical problems of women and babies living in extreme poverty and under political strife. The hospital delivers more than 3,000 babies each year, and its employees also go out into the community with the hospital's mobile outreach clinic to assist women in four United Nations refugee camps and Bedouin encampments in the Judean Desert.
Located only 500 yards from the traditional birthplace of Christ, the hospital is known throughout the West Bank as the Birthplace of Hope in the Holy Land, offering peace, love and life in the midst of great turmoil.
Our interactive calendar offers a special entry for each day of Advent meant to prepare us for the coming of the Christ-child and to share in the good works of the hospital, which happen every day of the year - truly making it the Birthplace of Hope.
Check back daily - and encourage your friends and family to do so as well! Each day, one box in the Advent calendar will be unlocked to reveal various reflections, videos and special entries from friends we have met through the years - all leading us to the celebration of Our Lord's birth.
Click the picture to start the journey! 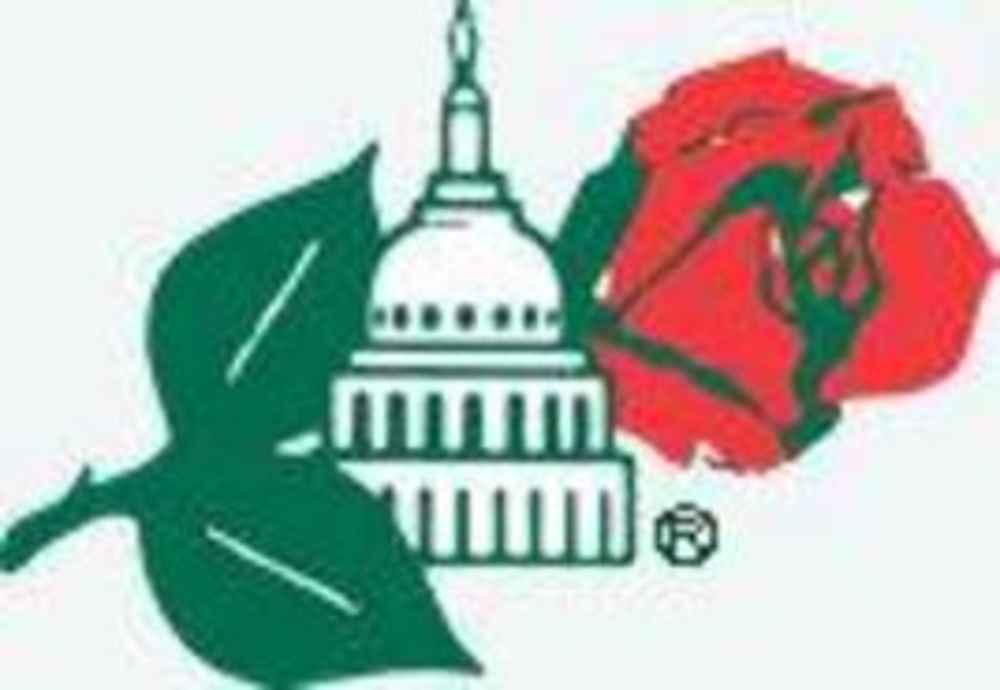 Once again in 2013 Federal Association members will be given the chance to participate in the National March for Life in Washington, DC on January 25. All Knights, Dames, candidates, Auxiliary, family and friends are invited to our program that includes Mass at Immaculate Conception Church in Washington followed by a light lunch. Transportation will be provided for those who wish to participate in the march. Please click here to access the registration form.

Defense of the Faith Essay Contest

Four college students are winners of an essay contest sponsored by the Federal Association and designed to stimulate college students to think about what their faith means to them. The Defense of the Faith Committee conceived of and executed the contest in partnership with the Fellowship of College and University Students (FOCUS). The contest was announced in October over the FOCUS website and by email to over 25,000 college students on 85 Catholic and secular college campuses in the U.S. The announcement received over 7,500 hits--more than FOCUS has ever had. The logo of the Order and the official description of the Order and its work accompanied the announcement. Students were asked to write a 500-1000 word essay on the question, “The Catholic theologian Hans Urs von Balthazar once said, ‘What you are is God’s gift to you; what you become is your gift to God.’ Describe a pivotal point in your faith life when you realized you were a gift from God. How are you trying to become a gift to Him?” Over 100 essays were submitted. FOCUS posted the top eight on its website, so other students could read and vote on them. The Defense of the Faith Committee took student voting into account in deciding the winners, but also looked for stories of transformation and recommitment as well as different approaches to the question and ability to inspire other students. First Prize went to “I’m That Girl…That Girl That Got Pregnant,” by Raquel Kato Greely of the University of Colorado. Second Prize was awarded to “Stop Doing; Start Being,” by Samantha Stepky of the University of Notre Dame. Third Prize was shared by “Forty Cents,” by Stephanie Caluag of The George Washington University, and “Pivoting Towards God,” by Jonathan Schmeckel of Iowa State University.
Cash prizes of $1250, $750 and $500, will be awarded at the FOCUS annual convention in Orlando, FL, in January, 2013. Winners will also receive Order of Malta bibles and Order of Malta rosaries, blessed by the Pope, and free registration at the FOCUS convention. The winning essays can be read at http://www.focus.org/blog/posts/and-the-winners-are.html The Defense of the Faith Committee thanks members Noreen Falcone and Michael Guerra who, under the leadership of Gregory August, did an excellent job running the contest. - Kathryn Abell

Since the Federal Association’s Annual Appeal launched last month, over 200 gifts have been received totaling just over $200,000. We are a long way from our goal of $850,000 with 100% member participation, so remember - Giving is just a Click away – here is our online payment page! Our Committees (Grants, Defense of the Faith) and our various Hospitaller projects supported by the Annual Appeal are grateful for any help they receive from us.

The deadline for admission for the candidate class is December 15, and the application for admission is now available. Candidates must be Catholics in good standing, sponsored by two members of the Federal association, and able to attend the Association’s Day of Formation on April 4-5 in Washington, DC. Please click here to learn more about the Association’s admission and formation criteria. Members of the Federal Association can click here to access the Admissions Application for the Class of 2014.