Pilgrimage to Shrine of Our Lady of Good Help 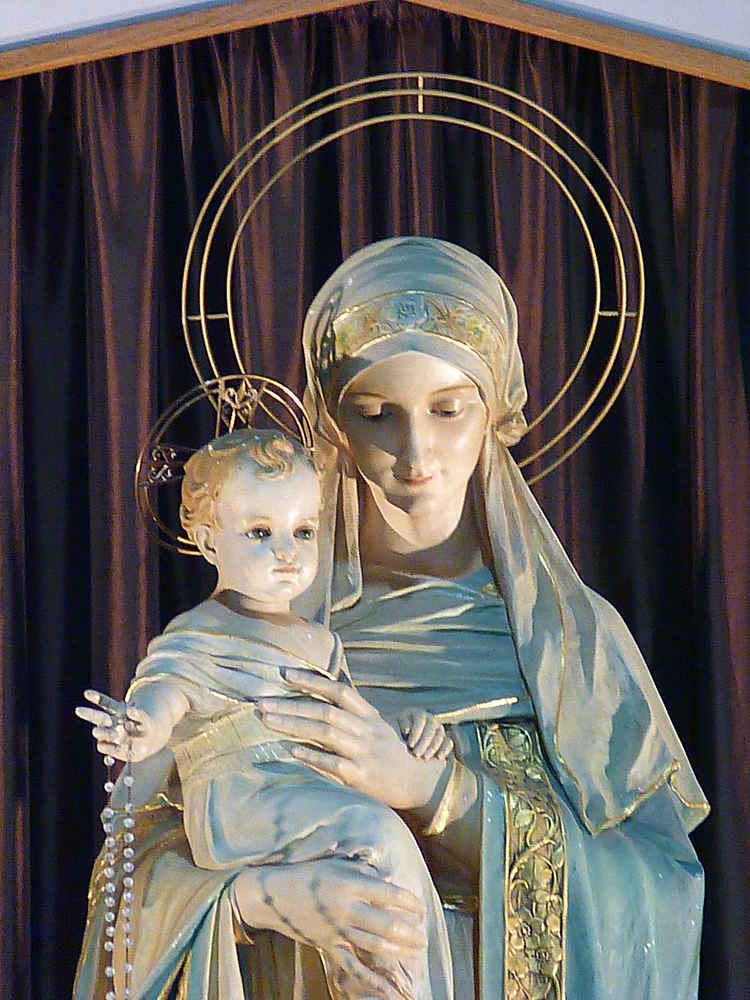 All Members of the Federal Association are invited to participate on a pilgrimage to The Shrine of Our Lady of Good Help in Champion, Wisconsin.

The Shrine of Our Lady of Good Help is the site of the only Marian apparition in the United States approved by the Catholic Church. Approval was received on December 8, 2010 by Bishop David Ricken of the Diocese of Green Bay. He also approved the chapel at the site as a shrine.

History of the Apparition:

Adele Brise was born in Belgium in 1831. She moved to the Green Bay area with her parents in 1855. Adele was walking to the mill in early October, 1859 when she saw a woman clothed in white with a yellow sash around her waist and a crown of stars above her flowing blond hair. The woman was standing between two trees, a maple and a hemlock. Neither the woman nor Adele spoke.

On Sunday, October 9, Adele saw the woman again while walking to Mass. She asked the priest for advice, and he suggested she ask the woman, "In the name of God, who are you and what do you wish of me?"

After Mass on the same day, Adele saw the woman for the third time and asked the woman the question suggested by the priest. The beautiful Lady replied, "I am the Queen of Heaven, who prays for the conversion of sinners, and I wish you to do the same." Adele was also told "to gather the children in this wild country and teach them what they should know for salvation."

The Blessed Mother appeared to St. Bernadette in Lourdes in 1858 as the Immaculate Conception. Our Lady appeared to Adele Brise one year later as the Queen of Heaven. The apparition is considered by the Church as the completion of the Lourdes message. For more information on the Shrine of Our Lady of Good Help, click here.

Click here to view the invite and to register.

The Chicago Region is hosting a retreat on “The Spirituality of the Order of Malta” at the Stritch Retreat House, Mundelein, Illinois. Rev. Eric Hollas, OSB, PhD is the retreat director. Please contact Fra' Tom Mulligan. 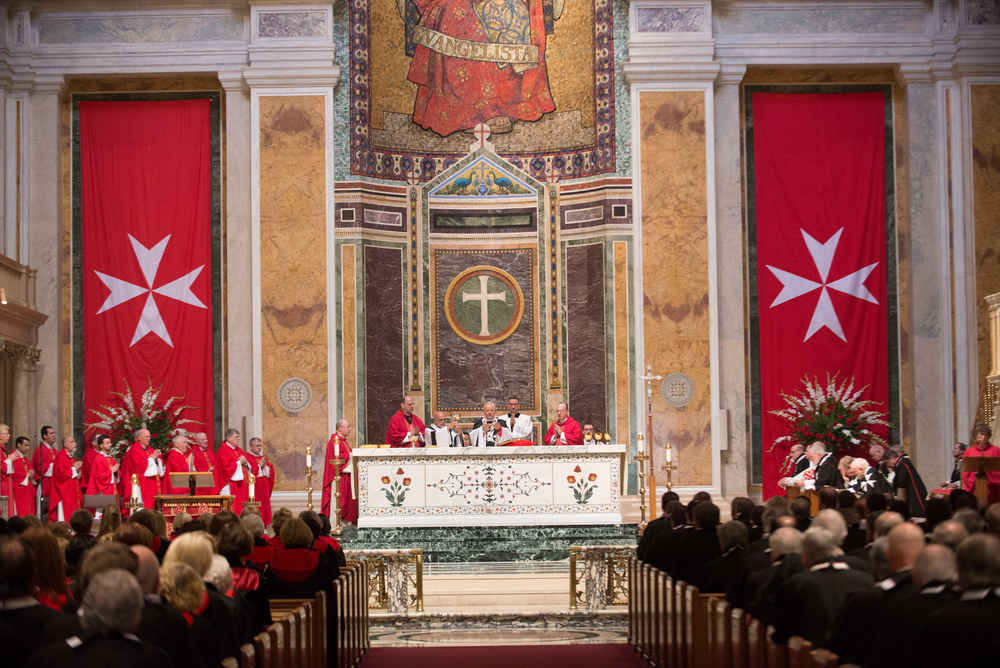 There are 52 new Members being into The Order. Investiture Weekend will be held at the Mayflower Hotel and mass will be at St. Matthew's Cathedral in Washington, DC. Click here for the full schedule of events.

A Forum for Reflection and Engagement 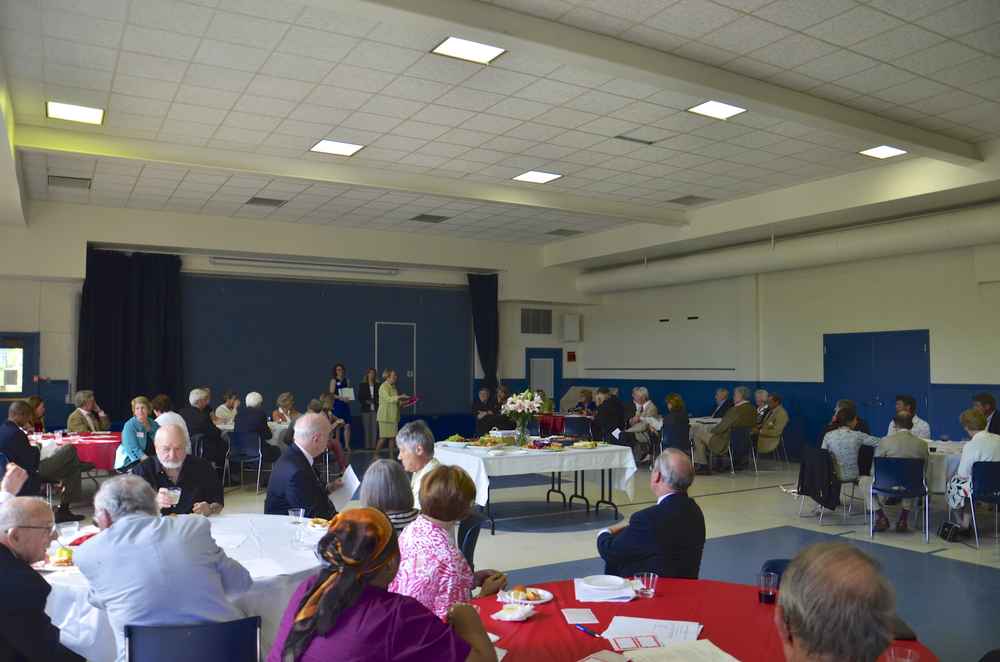 When the Federal Association began in 1974, the greater DC metro area defined the organization. Today, the association is blessed to have 25 regions east of the Rockies. The members of the Washington, DC and Montgomery County regions have seem numerous changes over the years, and are grappling with their own growth and sprawl as the DC area is much more spread out across parishes and geography than it was at the association's formation. Thus they convened on June 1 a first for the region - a Town Hall meeting, which was an occasion to look into the past, process the present opportunities and challenges, and collaborate on a better future for the regions and by extension all of the Members.

Click here to read the summary from the meeting.

On June 22, 2014, Charles Scholz, KM was given the Order Pro Merito Melitensi at the Houston Region's celebration of St. John the Baptist.

Charles served for 12 years as the first Hospitaller of the Houston Region. His outstanding leadership of the Houston Knights and Dames during the devastation of Hurricane Katrina was remarkable. He was instrumental in securing housing for the doctors and volunteers of Malteser International who traveled from Germany to offer help in New Orleans. He also organized relief assistance training for the members of the Order in Houston so we could help the homeless from New Orleans who were housed at the convention center in Houston.

The Order Pro Merito Melitensi was established in 1920 and is given in recognition of those activities that have conferred honor and prestige on the Sovereign Military Order of Malta. The Order Pro Merito Melitensi is awarded both by decree of the Sovereign Council and by motu propio of the Grand Master. The award is made on: February 2, Candlemas; June 24, Feast of St. John the Baptist; October 13, Feast of Blessed Fra Gerard.

Liaisons are being recruited to promote the work of the Order of Malta through its worldwide relief agency, Malteser International. With over $60 million helping around 10 million people annually, in 26 countries and over 100 projects, the works of Malteser International are done in some of the most dangerous, neglected, and remote places in the world.

At the Board of Directors meeting on June 23, the board finalized and passed a new grants program. There are now five different groups to which organizations can apply for grants. You can see the different groups by clicking here. The sponsor of the grant will play a much larger role in the application process. The sponsor should contact the office for the application and specify which group they are applying for.

Please click here to read the new guidelines for the grant qualifications and process.

Watch your mailboxes for the 2013 Order of Malta Federal Association Annual Report! It should be arriving soon, however, it's also now available online here.

Applications for admission - Class of 2016 have been revised and updated for
the Federal Association. There are two important changes this year: the deadline for submission is December 1, 2014 and an original signature from the applicant, both sponsors and the Regional Hospitaller are required. Applications can be found on the Members section of our website. Sponsors should be willing to commit to mentoring their candidate during his or her formation year and during their first year of membership.

American Association Members in Search of Stamps or Coins

Organizers of a benefit for the Order and Malteser International, being held in honor of the 900-year-old Papal Bull, are seeking any Malta stamps or coins on loan, to put on display as part of an exhibit during the event. Please contact Joice Biazoto, communications manager for the American Association and she will arrange transport for your loaned items. 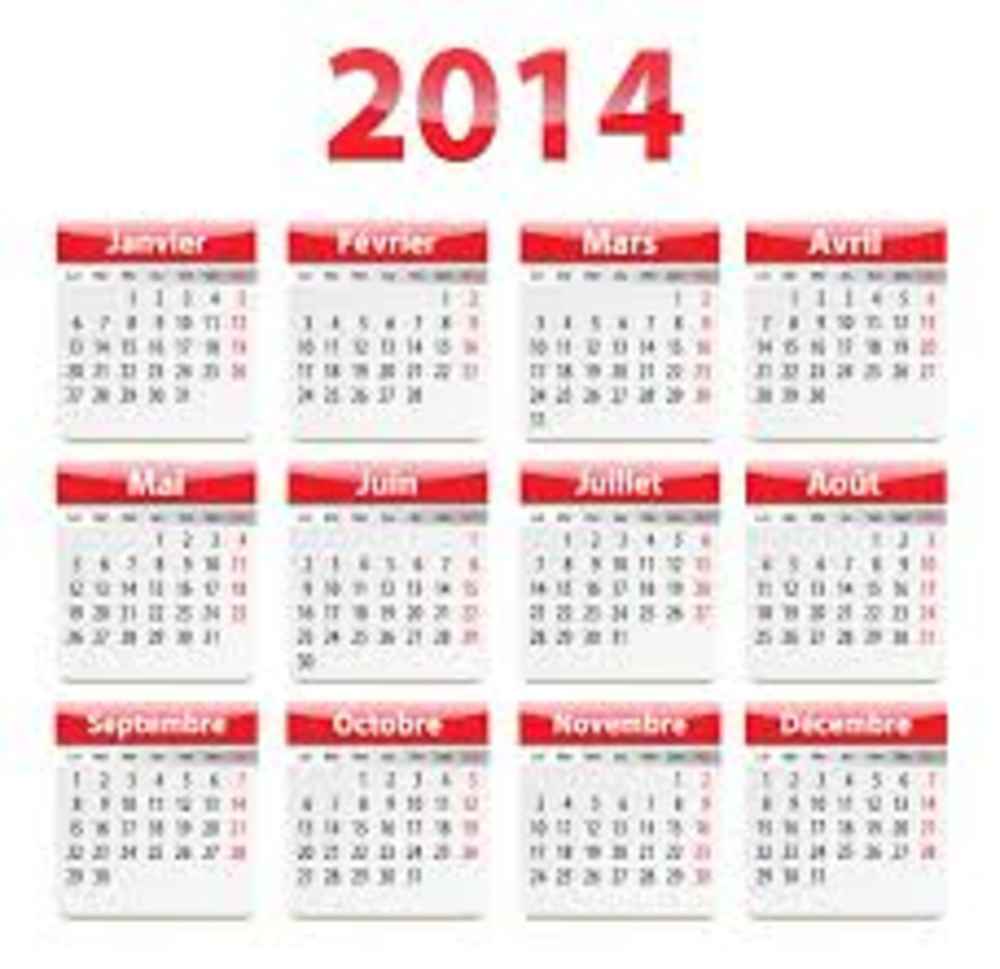