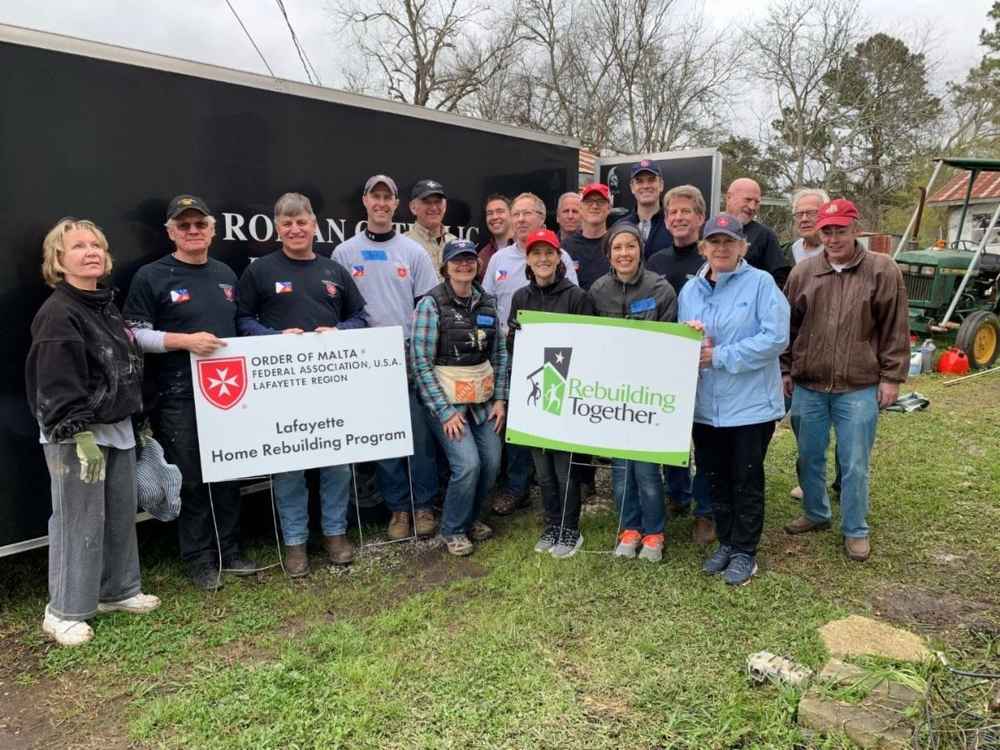 Volunteers working at one of three houses rebuilt in Jeanerette, Louisiana in February 2020

One of the hallmarks of Order of Malta work is its continued service to victims of natural disasters long after initial volunteers and news crews have left the scene. Perhaps nowhere is this tradition more in evidence than the Federal Association’s 15-year service to flood victims in South Louisiana. Since Hurricane Katrina in 2005, regions of the Federal Association have partnered with Catholic Charities and Rebuilding Together to repair homes of the poor in South Louisiana. Teams of knights, dames and other volunteers rebuilt homes in the New Orleans area for 11 years following Katrina. Just as the New Orleans project came to a conclusion, historic flooding caused massive destruction over a much greater geographic area that includes the Lafayette Region.

In August of 2016, the predominantly Catholic area of south-central Louisiana known as Acadiana experienced the greatest natural disaster of its history. An unnamed tropical system developed in the Gulf of Mexico overnight, quickly moved inland and then went stationary, dropping as much as 35 inches of rain. Some 146,000 homes were damaged, almost 90 percent of which were outside of flood zones and without flood insurance. Of the structures that were salvageable, 2,000 homes of the poorest of the poor victims required assistance to rebuild. We wrote in the “Malta Moment” in the months following the flood that 500 of these homes were within the Lafayette Region. Four years later, we are excited to advise that work has begun on the 500th home to be repaired from the 2016 devastation.

As is the case with most natural disasters, volunteers and funding were abundant in the months following the 2016 flood. The American Red Cross, and numerous Christian, youth and other organizations donated their time and treasure to relief efforts during the first year or two following the flood. Over time, as the disaster faded from the news and funding evaporated, these organizations gradually ended their service. But in Acadiana, just as in New Orleans after Hurricane Katrina, Catholic Charities, Rebuilding Together and the Order of Malta remain, continuing to serve the poorest victims until the very last home is repaired.

During the first several months following the 2016 flood, the Lafayette Region purchased and distributed mold remediation chemicals and equipment throughout Acadiana and as far east as Baton Rouge. Then, in the fall of 2016, the Lafayette Region partnered with Catholic Charities of Acadiana and Rebuilding Together Acadiana to assist in rebuilding the 500 flooded homes within our region that could not be rebuilt without such assistance.

By January of 2017, the first team of Order of Malta volunteers arrived for a week of rebuilding homes of the underprivileged in rural areas just outside Lafayette. A second rebuilding week was held in March of 2017 and followed by additional rebuilding weeks ever since.  Rebuilding teams have included knights and dames from throughout the Federal Association, as well as from American and Western associations, and non-member volunteers.

In 2019, Diocese of Lafayette Bishop Douglas Deshotel requested that rebuilding efforts be extended to the most remote portions of the Lafayette Diocese. In February of this year, Order of Malta volunteers traveled to Jeanerette, Louisiana—the southern-most town in the diocese—to repair three homes. Even four years after the flood, the arrival of our volunteers brought excitement to Jeanerette. Each day, our volunteers were greeted by town residents who expressed their joy and appreciation of being remembered and served four years after the flood. At every gas station, hardware store and paint shop, our volunteers were met by residents who were anxious to learn of our activities. Jeanerette Mayor Carol Bourgeois visited the worksites to thank and pray with the volunteers. Later in the week, television crews filmed the repair efforts and interviewed Federal Association President Fra’ Tom Mulligan for the evening news. https://www.katc.com/news/iberia-parish/volunteer-group-assists-four-jeanerette-homeowners

Rebuilding is hands-on, joyful work that almost always takes place with the homeowners, who often pray with us and eat with us. But this work reaches beyond the flood victims, as it also serves the volunteers from throughout the Federal Association and beyond who live and work in community. More than 100 out-of-state volunteers have served in the rebuilding weeks held to date. Each rebuilding week begins with Mass and each evening is spent in camaraderie while enjoying the rich Cajun culture and cuisine. The sense of spiritual community renews our volunteers and inspires many to return time and again to serve the flood victims. Msgr. Edward Dillon, chaplain of the Atlanta Region and a frequent volunteer to the Acadiana rebuilding program, described this community as a continuation of service of the earliest knights travelling to the Holy Land in service of pilgrims.

As work began last month on the 500th home to be repaired following the 2016 flood, news services again recognized the partnership of CCA, RTA, and the Order of Malta and their continuing efforts to work until every home was repaired.  https://www.theadvocate.com/acadiana/news/article_ddb8c44c-cdc1-11ea-81ab-375f9928ac90.html

However, we were premature in thinking that our work was coming to an end. On August 26-27, Hurricane Laura made landfall south of Lake Charles and brought unimaginable destruction to much of southwest Louisiana. Four of our region’s members live in the direct path of the storm. Homes that survived the hurricane may be without power for weeks and without fresh water for months. The Lafayette Region is again working with Catholic Charities to support our neighbors in this western part of our region.  At this point, our work is limited to providing logistical help to the residents of Lake Charles and beyond.  When the initial responders have departed and Hurricane Laura is no longer in the news, we hope to begin additional rebuilding efforts in early 2021 and continue the Order of Malta tradition of staying until all the victims are served. 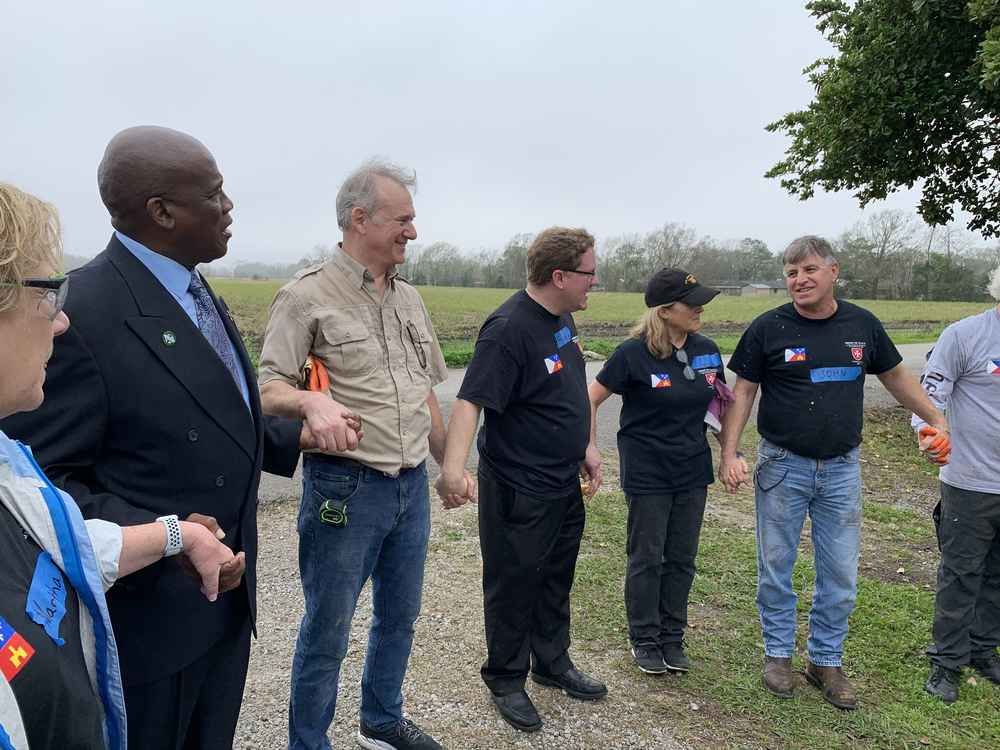 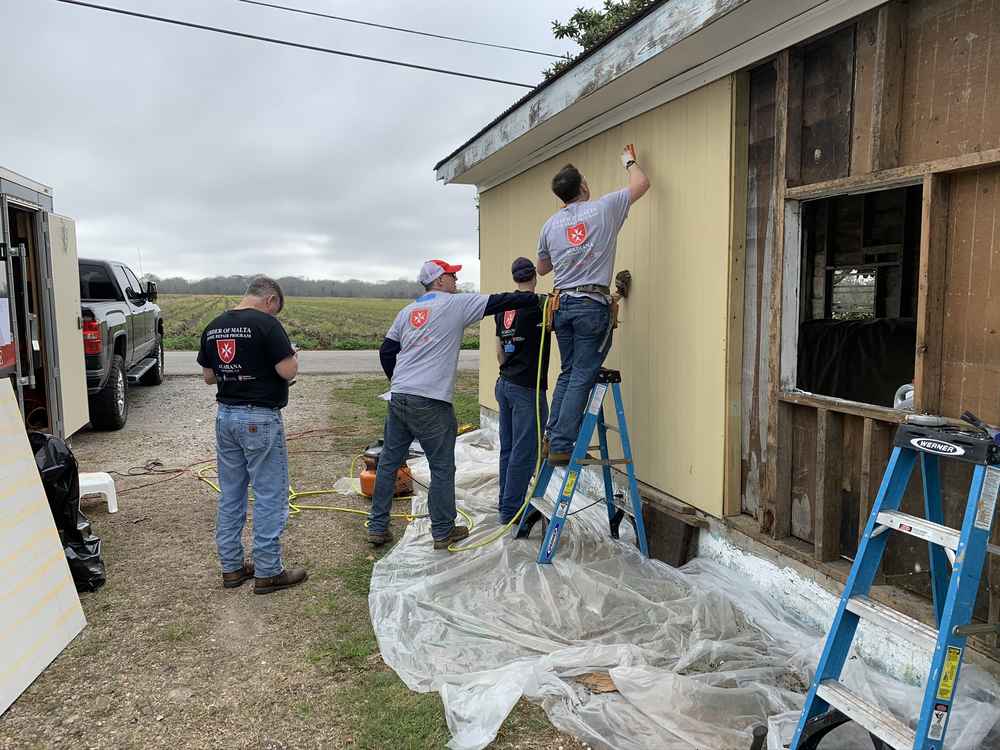