A Journey to the Islands of Knights and Saints 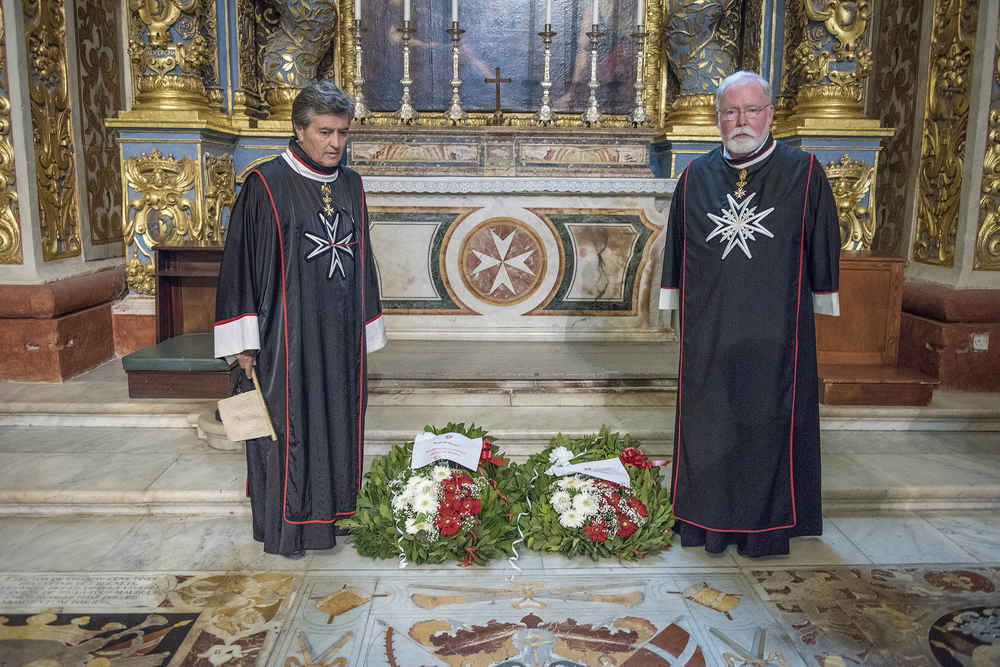 A journey is best measured in friends rather than miles and this truly describes our recent Federal Association journey to Malta. That we saw lots of historical sites is something we expected, but the real highlights were the people we met and the chance to get to know our fellow pilgrims better.

The pictures we and our fellow Knights and Dames took tell a lot of the story. We have placed a sample here for you. We add some words below to round it out and share more of the personal spiritual growth many of us had.

Going Home. Fifty-one Federal Association members travelled from America to Malta, a country with a 7,000-year history, and that was home to the Knights of St. John for 268 years. Our first Mass after arrival was celebrated in the private chapel of the Jerosolimitan nuns at St. Ursula in their monastery in Valletta. This cloistered order dates back to 1584 when Hughes de Loubenx Verdalle established the Monastery in Birgu. In 1595 the monastery was transferred to Valletta.  It was our special privilege to venerate the skull of Blessed Gerard, our founder, and to visit with our beloved Jerusleumite Sisters after Mass.

The Knights City of Valletta is a world heritage site, a masterpiece of the architecture from the Baroque period. Among its many treasures is the archive of the Order, now the National Library of Malta which still holds many of the Order’s most important documents. On our visit, we were afforded a rare viewing of the original Papal Bull with commentary by National Library Director Maroma Camilleri, Commendatore al Melitensi.

More Historical Depth. We then joined H.E. Dr. Philip Farrugia Randon, president of the Maltese Association, at St. John’s Co-Cathedral.  He is the author of Caravaggio in Malta and Caravaggio, Knight of Malta and gave us an insightful explanation of Caravaggio’s life and his altar piece commissioned by Grand Master Alof de Wignacourt, The Beheading of Saint John the Baptist. Dane Munro, KM, our guide, completed our visit with an extensive tour of the cathedral, its chapels and the memorial floor of some 383 polychrome marble intarsia (inlaid) tombstones.  Several of the pilgrims obtained autographed copies from Dane of his landmark book, Momento Mori. For his book, Dane had painstakingly transcribed, edited and translated the inscriptions of the all tombstones of the Order into English, offering a unique insight into the thoughts, fears and aspirations of the Knights of that era.

St. Paul’s Malta Refuge. Under blue skies and the hot sun of the Mediterranean on our second day we journeyed to Rabat and the bastioned city of Mdina. Msgr. John Enzler celebrated Mass in the Sanctuary of St. Publius which was built over the grotto of St. Paul in 1617. The grotto is where St. Paul is said to have taken refuge after his shipwreck on Malta. After praying at the grotto, we visited the catacombs of St. Agatha and St. Paul a few blocks away.

We joined an old friend, Ambassador Mark Miceli-Farrugia, at the Meridiana Wine Estate for a lighter moment. He co-founded Meridiana with Marchese Piero Antinori, one of the top five wine producers in Italy, in the 1970s.  Ambassador Miceli-Farrugia gave a wonderful talk on the history of Meridiana, the viniculture of Malta and we had a tour of the wine making facility. The vision for Meridiana was to produce world-class wines of Maltese character and after our wine tasting; many agreed that Meridiana was indeed producing excellent wines.

A beautiful memorial Mass for the fallen of the Great Siege. September 8th in Malta is celebrated as the feast of the Our Lady of Victories and is a national holiday. It was on this day that Grand Master Jean de La Valette realized the Ottoman Turks had pulled out of the Grand Harbor overnight. In thanksgiving, he offered his hat and sword to our Blessed Mother for her intersession (both hat and sword are displayed at the Oratory of St. Joseph in Birgu). We were honored to be invited to join the Maltese Association at St. John’s Co-Cathedral for the traditional memorial service (held on September 7th) for those members of the Order who gave their lives in the defense of Christianity during the Great Siege of 1565.

Fort St. Elmo. The morning of September 8th we had the rare opportunity to visit the restored Fort St. Elmo, which has not yet been open to the public.  Our friend Ray DeMicoli, (DeMicoli & Associates) is the architect charged with the restoration of Fort St. Elmo, now nearing completion. Ray arranged to give us a private tour and for the Association to have Mass in St. Anne’s Chapel where the Knights had their last Mass before the fall of the fort during the Great Siege. To be present in Fort St. Elmo and Holy Mass at St. Anne’s Chapel on the Feast of Our Lady of Victories was a once in a lifetime experience. Festa. You can’t have a feast day in Malta without a village festa. Four parishes are named “Our Lady of Victories” and we headed out to Naxxar to see their festa. Their decorations are particular to the Knights of Malta. When you attend a Maltese village festa as a visitor, you instantly become interested, intrigued and possibly even baffled. Like so much else we say and did the Festa was the kind of experience that left us with memories that will last a lifetime.

The happy atmosphere is augmented with village families celebrating together, while inside the magnificently decorated church the religious aspect of the festa is manifested with the richest red damask and adorned with all the old religious vestments and sacred gold and silver vessels.  It was very emotional to hear the tenor honor the Blessed Mother with the “Ave Maria.”

Eight men from the parish volunteered to process with the statue holding wooden beams on their shoulders, as they synchronized swaying and walking the streets of the village.  Children were throwing confetti as Our Lady passed. And, though, all festas are different in some subtle way one from another, one common denominator all of them have fireworks. The pyrotechnics here were spectacular!

Last thoughts. We were blessed in many ways during our pilgrimage to Malta. Following the path of St. John Paul II during his three apostolic visits to Malta, we visited the two most revered shrines of our Blessed Mother -- Ta’ Pinu in Gozo and the ancient shrine of Our Lady of Mellieha, both places of miracles. We celebrated Mass at the Basilica of Ta’ Pinu where St. John Paul II added a crown of golden stars to the miraculous image, as a sign of the devotion to Our Lady of the Maltese people.

Our Lady of Mellieha had a particular significance to the Order as many Knights showed their devotion to the shrine through the beautiful ex-votos on the cave walls attesting to Our Lady’s intercession.

If we had not done enough, on our final day we visited Verdala Palace -- another rare opportunity. Closed to the public, it is now the summer residence of the President of Malta. We were granted a visit. The palace was built by Grand Master Hugues Loubenx de Verdalle in 1586.  Fast forward to 1943 -- Fortress Malta was the HQ for the invasion of Sicily, and Verdala Palace was the residence of Gen. Dwight D. Eisenhower during the campaign.  We’re sure Ike liked the beautiful frescoes throughout the palace, as much as we did.

Afterword. We are indebted to H.E. Geoff Gamble for initiating this extraordinary journey. We honor his lovely wife Dorcas too. The two of them joined us in Malta along with our spiritual director Magistral Chaplain, Msgr. John Enzler and our guide Dane Munro, who is the executive chairman of Sacra Militia Foundation, a historian and classical scholar specializing in the history and art of the Order of St John.