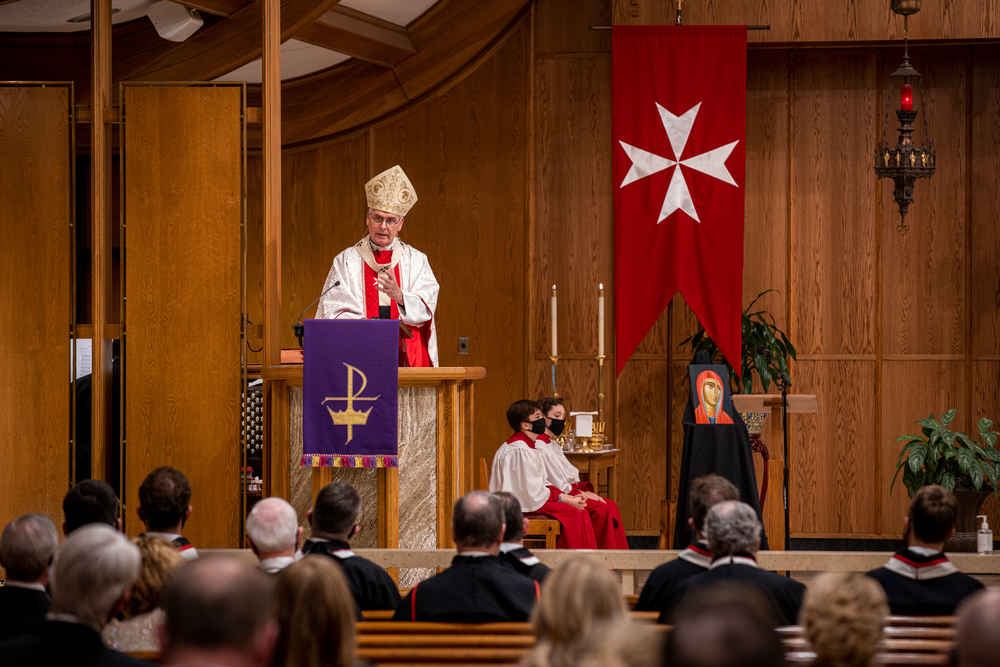 Last month the Oklahoma City Region, which is in formation, hosted a Solemn Mass of Investiture for the class of 2020, welcoming its first new members.

In recent times, there have only been two members of the Order in the Archdiocese of Oklahoma City: Frank Keating, KM ‘09, former governor of Oklahoma; and Peter de Keratry, KM ’11, executive director of stewardship and development for the archdiocese. Now the Oklahoma City Region is growing, with five new members in the Class of 2020, eight more coming in 2021, and an additional six in the Class of 2022.

The annual Mass of Investiture is typically held at the Cathedral of Saint Matthew in the Archdiocese of Washington DC in the fall but was canceled as a result of the Coronavirus pandemic. Instead, on March 12, Archbishop Paul Coakley of Oklahoma City was the principal celebrant for a Mass of Investiture held at Christ the King parish for the Class of 2020.

Fra’ Thomas Mulligan, president; Craig Jarchow, vice president; and Patrick Monaghan, hospitaller of the Federal Association of the Order of Malta traveled to Oklahoma City to oversee the investiture of the new members.

Following the Investiture Mass, 80 members, candidates and guests attended a gala dinner at the new Omni, Oklahoma City. The Order of Malta event was the first plated dinner hosted by the recently opened hotel. 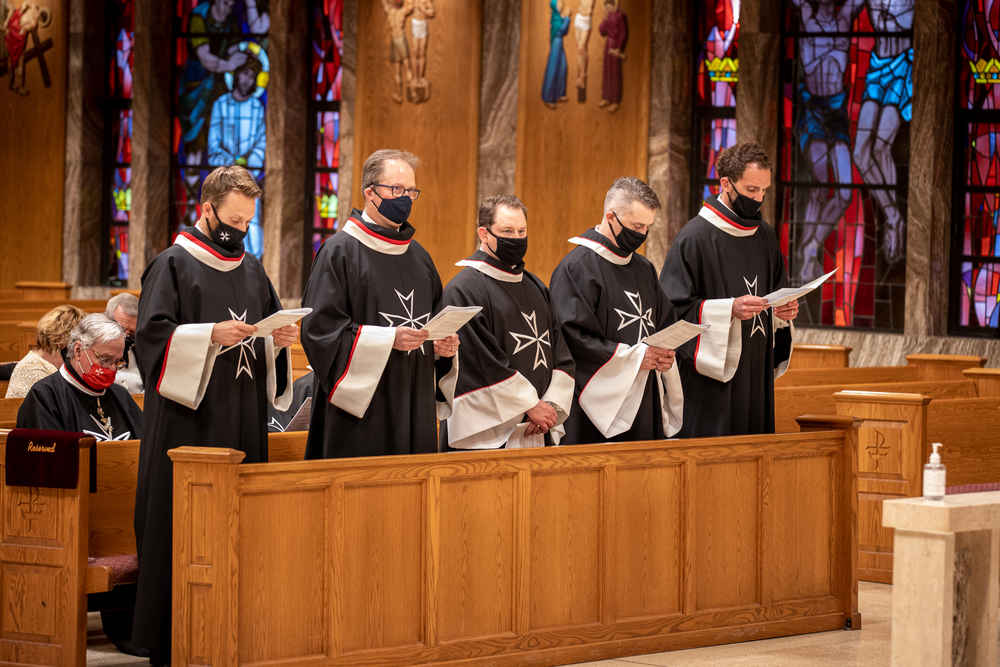 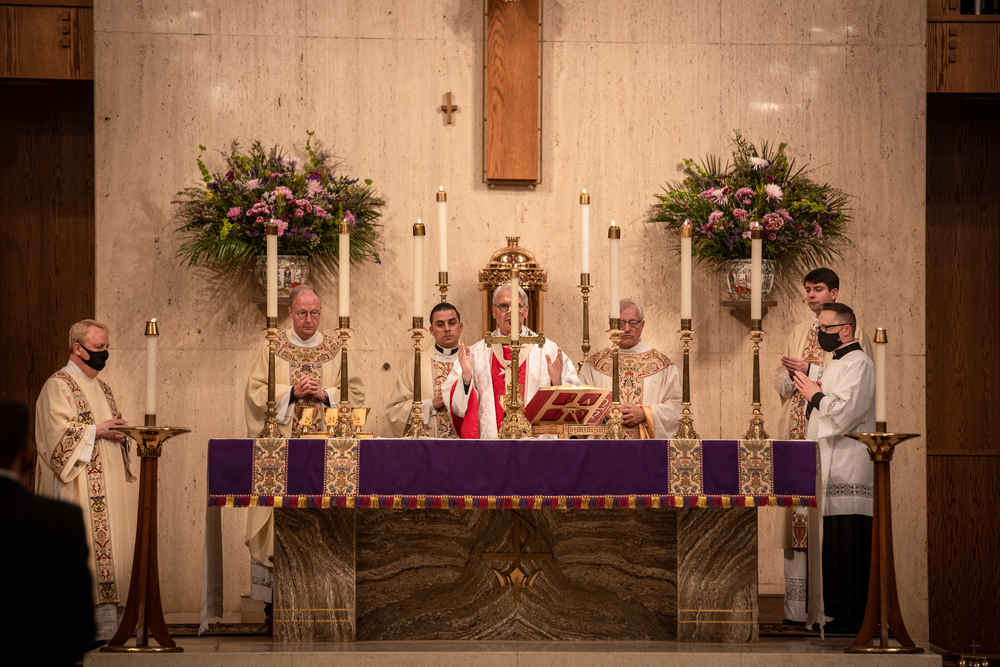 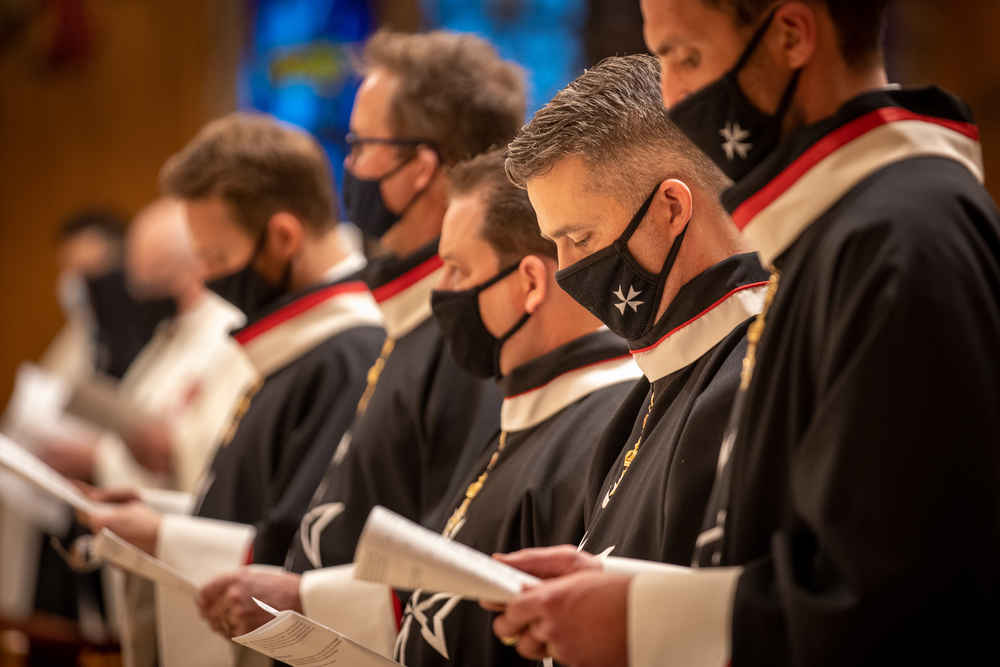 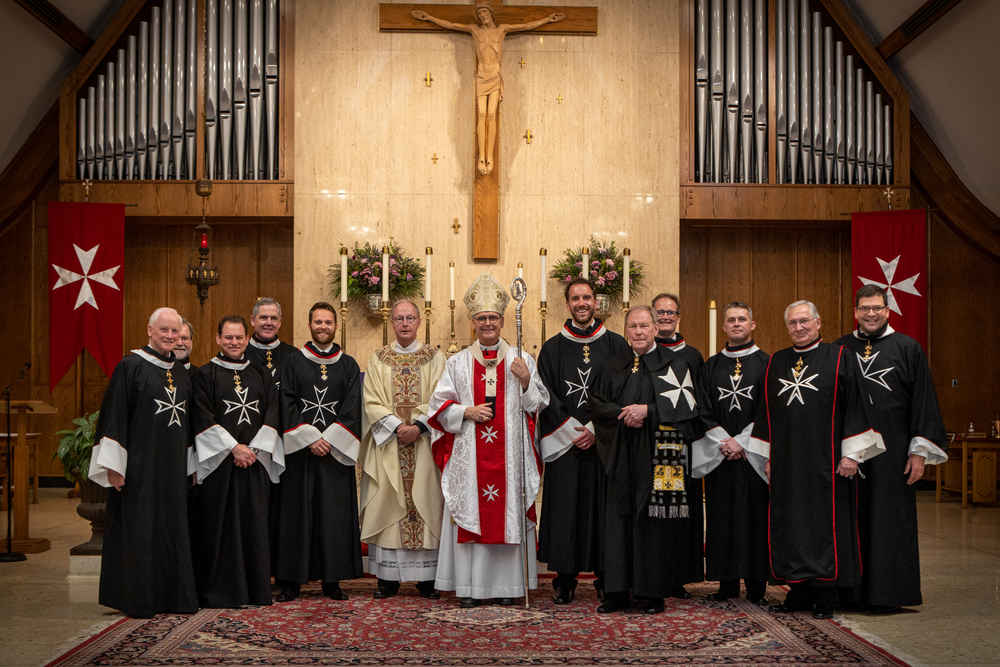 The Fifth International Vatican Conference “Exploring the Mind, Body & Soul - How Innovation and Novel Delivery Systems Improve Human Health”, from 6 to 8 May, brought together the world’s leading physicians, scientists, leaders of faith, policymakers and influencers.

The post The Fifth International Vatican Conference: “Unite to prevent, unite to cure” appeared first on Order of Malta.

The spread of a new Coronavirus mutation has led to a dramatic increase in the number of new infections in India over the past few days. In no other country in the world are so many people being infected with the virus.

On Sunday 2 May, a mass was celebrated in the Vatican Gardens for the intentions of Our Lords the Sick, members and volunteers of the Order of Malta from all over the world in spiritual union with Our Lady of Lourdes.

The post Holy Mass in spiritual union with Our Lady of Lourdes appeared first on Order of Malta.

For the second year running, the Covid-19 pandemic has meant that the Lourdes Sanctuary will be unable to host the Order of Malta’s traditional international pilgrimage.

Fra' Giacomo dalla Torre del Tempio di Sanguinetto, Prince and 80th Grand Master of the Sovereign Order of Malta, died in Rome one year ago on 29 April after an incurable illness.

The Order of Malta’s Lebanese Association, St. Michael’s Hospital Foundation and Notre-Dame Maritime Hospital in the Jbeil district – near Byblos - have established a partnership to step up the fight against the pandemic.

The post Lebanon: agreement with two hospitals for combating Covid-19 appeared first on Order of Malta.

Holy See and the Sovereign Order of Malta Permanent Missions to the UN in Geneva, organized a virtual event called "Fraternity, multilateralism and peace".

The post Order of Malta’s Mission to UN Geneva co-sponsors event on Fraternity, Multilateralism and Peace appeared first on Order of Malta.

Yesterday, the Lieutenant of the Grand Master Fra’ Marco Luzzago received the Ambassador of the Kingdom of Morocco to the Order of Malta, Rajae Naji El Mekkaoui, in the Magistral Palace.

The post The Lieutenant’s greetings to the King of Morocco at the beginning of Ramadan appeared first on Order of Malta.

The Procurator of the Grand Priory of Rome, Amedeo de Franchis, welcomed the Lieutenant of the Grand Master, Fra' Marco Luzzago, and Cardinal Silvano Maria Tomasi, the Pope’s Special Delegate to the Order of Malta, in the Matteo 25 Community in Rome.

The post Cardinal Tomasi in Matteo 25 Community appeared first on Order of Malta.