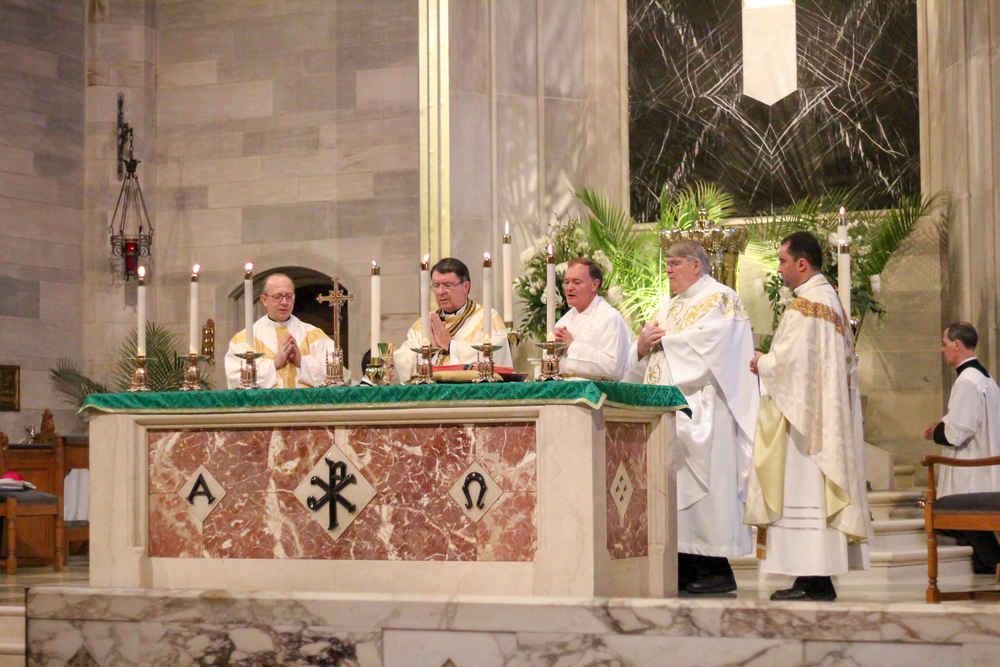 Holy Family Hospital of Bethlehem Foundation celebrated the votive Mass of the Nativity of the Blessed Virgin Mary, venerated under the title of Our Lady of Philermo, on September 15 at St. Ann Catholic Church in Washington, DC with members from three local regions.

In his homily, Archbishop Pierre reflected on the significance of women in the genealogy of Christ and emphasized the importance of women that live and care for their own families in Bethlehem today. He urged members of the Order to support and to keep the work of Holy Family Hospital in their prayers.

The evening continued with a reception graciously hosted by Msgr. Watkins and the staff at St. Ann’s. Bishop Knestout began the reception with a brief commentary on the history of Holy Family Hospital Foundation. He remembered his first trip to Bethlehem and stated that in 1996, Pope John Paul II asked Cardinal James Hickey, then conventual chaplain of the Federal Association, to head up fundraising efforts in the United States to ensure that Holy Family Hospital would maintain its status as a Catholic hospital in the Holy Land. The cardinal asked him to accompany him in his role of priest secretary, and they flew directly from a meeting with the pope in Rome to Palestine to see the need. The cardinal visited with poor families in their homes and in refugee camps, talked to mothers and held babies.

Holy Family Hospital has grown exponentially since the time of Cardinal Hickey’s visit. The number of beds has increased from 26 to 68, and the number of babies to be born in 2019 is projected at around 4,800.

Ambassador Michele Bowe, president of Holy Family Hospital Foundation, encouraged the 70 attendees to “help the Order keep its promise to Pope St. John Paul II to always make sure there is room at the inn for the mothers and babies of Bethlehem”.

At the reception, Holy Family Hospital Foundation unveiled a new program for parish engagement— Angel Tree tag ornaments that can be added to parish “Giving Trees” in Advent to raise funds for the mothers and babies of Bethlehem.

Please call Holy Family Hospital Foundation at 202-785-0801 if you are interested in participating. 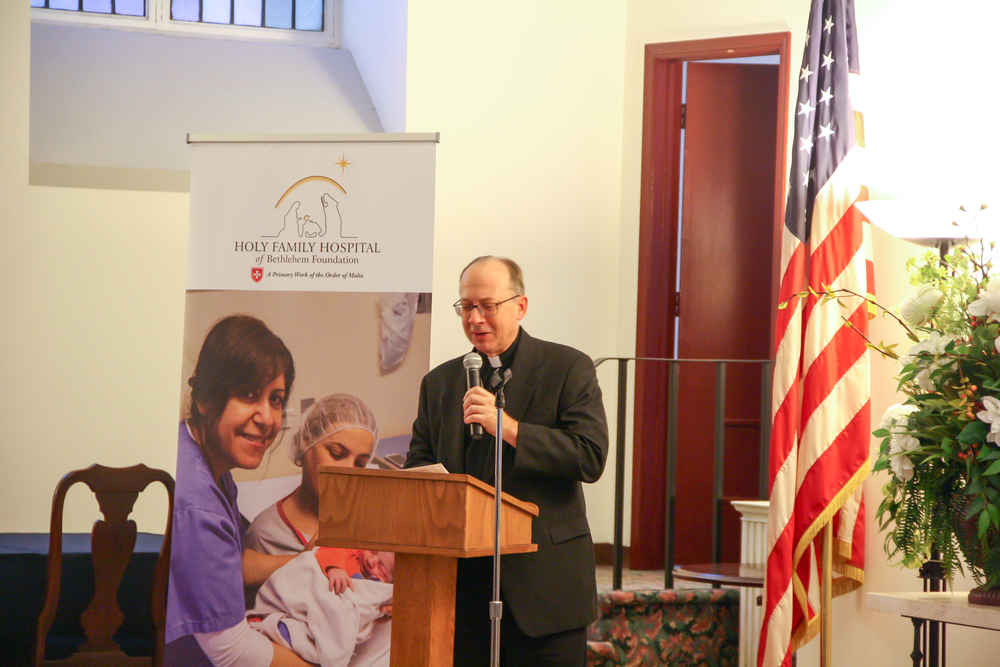 Bishop Knestout speaking at the reception. 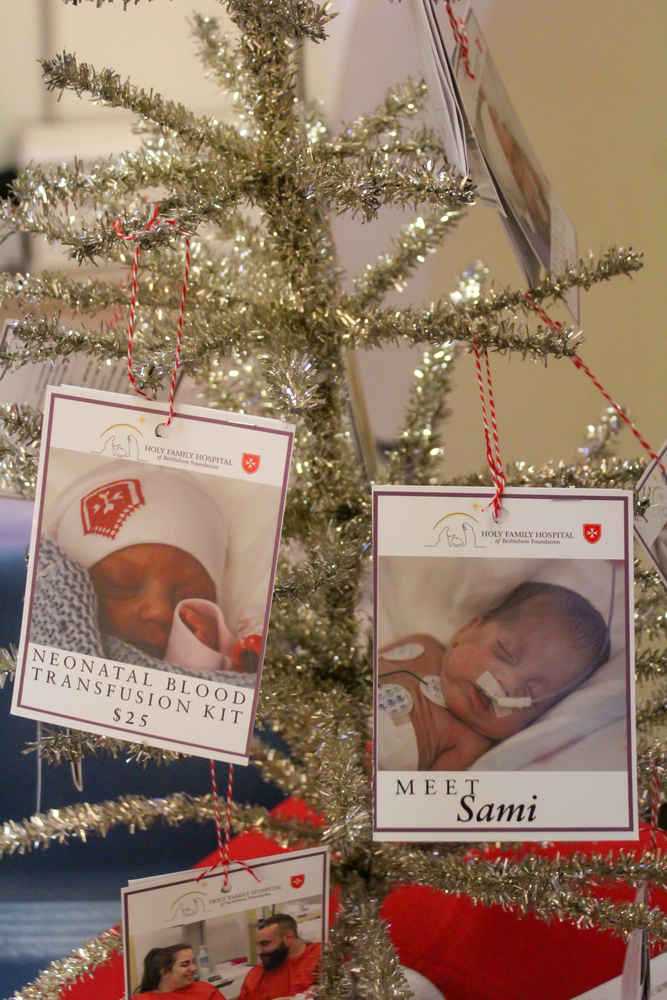