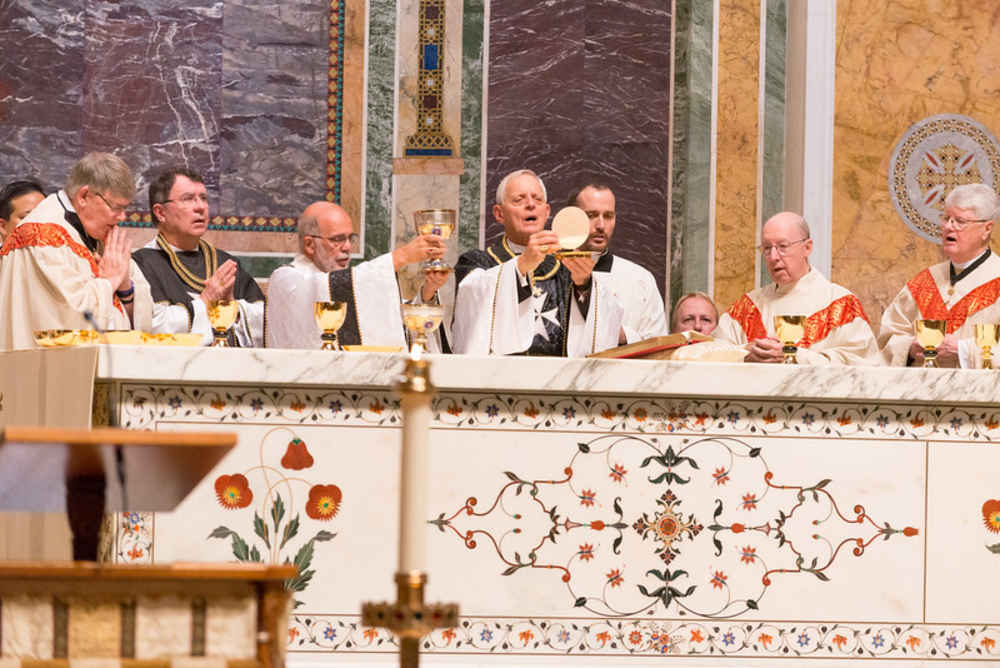 This past Saturday the Federal Association of the Order of Malta invested 47 new Knights and Dames, hailing from 16 of its regions. Donald Cardinal Wuerl, Archbishop of Washington was the principal celebrant at the annual Investiture Mass held at St. Matthew’s Cathedral in Washington, DC.

The event anchored a weekend that gathered Members from 28 regions for the annual Members’ meeting with the association leadership, presentation of awards and a Defense of Faith talk by Paul Clement, former solicitor general of the United States. The weekend concluded with the annual Gala Dinner.

Speaking to nearly 300 Members, family, friends and newly invested at the Investiture Luncheon in the Mayflower Hotel, Cardinal Wuerl provided a powerful message about the various challenges to our Catholic faith.

“Once there was a time when our culture and the mores of our society supported our faith and everything the Knights of Malta stand for.  There was a sense in which our culture was, in its own way, a conduit for our faith-based values that were in fact shared by so many Christian and other faith communities.  That is no longer true today,” the cardinal said in his remarks. However, he added, “Our highlighting of Catholic identity is a way of helping all of us recognize who we are, what our rights are, but more importunately, what our responsibilities are in living out the Gospel mandate.  This is long struggle ahead of us and one that, I believe, is not optional or secondary or tertiary to our mission as Church.” (please click here for the complete remarks of Cardinal Wuerl)

To view the photo gallery for this year's Investiture weekend, please click here.