A Legacy of Care in Baltimore 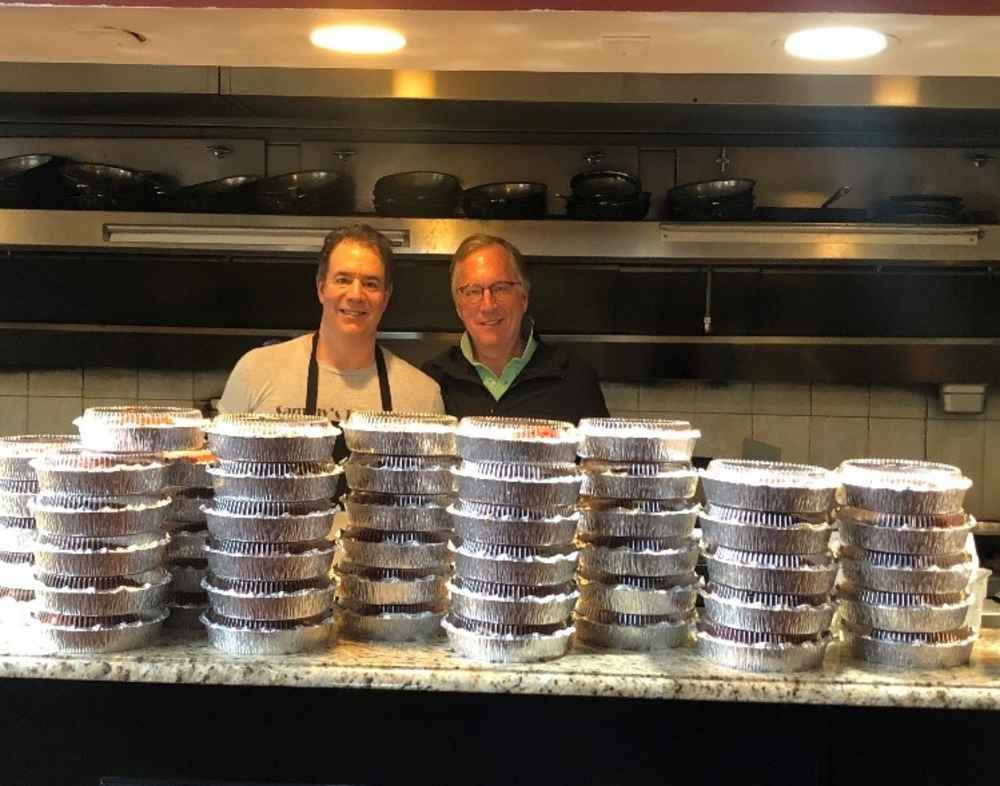 Adjacent to The Basilica of the Assumption, America’s first Catholic cathedral, is My Sister's Place Women's Center. Administered by Catholic Charities, it is Baltimore’s longest-serving day shelter and resource center for women and children experiencing homelessness.

For more than 15 years, members in the Baltimore Region have been volunteering and providing for the needs of the homeless and hungry in Baltimore, which has included supporting this small shelter. The Order’s signature casserole dinner program at My Sister’s Place is a constant part of their meal operations and has always included our members and volunteers coming together onsite each month to cook and serve a hot dinner directly to those women and children arriving hungry for dinner.

This project was founded and initially led in the late 1990s by Margaret K. Riehl, DM, who died in 2017. Member volunteer and meal coordination was passed on through the years to Margie Counselman, DM, Lindsay Gallagher, DM, Wayne Ruth, KMOb, and Loretto Kane, DM, and supported by countless members and volunteers, cementing a solid partnership between the Order and Catholic Charities of Baltimore. As a testament to the partnership, Catholic Charities hosted an inaugural annual breakfast in 2019 at My Sister’s Place named in honor of Margaret K. Riehl, DM for her work and dedication to the shelter spanning two decades.

As for the rest of the world, 2020 was full of challenges unlike any other for this small shelter, but the Baltimore Region remained steadfast in its support. Due to COVID-19 safety protocol, Catholic Charities closed its doors to all onsite volunteer support, so our members had to find different ways to feed the homeless women and children who arrived daily. Our volunteers shifted to preparing these meals in members’ homes instead of the shelter’s kitchen, then delivering the meals to the shelter.

This renewed effort was led by Mary Hosford, DMOb and her army of cooks, consisting of rotating members and in some cases involving three generations of her own family. Another member, Ann Costlow, DM, who owns a local popular café, Sofie’s Crepes, donated additional meals directly even when her own café was impacted by restrictions and closures.

Upon learning from Catholic Charities in late March 2020 that more than 60 percent of other organizations had cancelled their meal donations or support due to COVID-19 restrictions, the Baltimore Region devised a new plan to feed the clients at My Sister’s Place. We discovered most of the other organizations that remained committed were now donating cold food supplies for easy grab-and-go dinners. In response, an appeal was made for support of this signature project and the region responded overwhelmingly with donations of time and treasure.

With this rapid and generous response, a new plan was put in place two days later, and the Order of Malta started providing a hot dinner of chicken parmesan, pasta, bread, fresh salad, and cannoli dessert every Monday evening in partnership with a local Italian restaurant. A small group of volunteers under strict COVID-19 safety measures worked weekly to pack these meals in individual “to-go” containers and transport them in travel warmers to My Sister’s Place, delivering a hot meal each Monday evening. This replaced the brown-bag peanut butter sandwich dinner provided during COVID-19. Several months later, the dinner service was expanded to twice a week to include Thursdays, based on the need and additional donations received from a second appeal.

Through these collective efforts of our casserole program and restaurant partnership since the pandemic began, the Baltimore Region has provided more than 5,000 hot meals safely to homeless women and children living on the streets of Baltimore. An annual increase of 4,500 meals in one year! All these meals are the only hot and complete meals received and served for dinner during the week due to the limited operations at the shelter. Our members are working closely with the shelter as it prepares to reopen with limited volunteer engagement this summer as its first step to welcoming the women and children inside the shelter, as well as volunteers to serve them. Additionally, the region provided 1,000 personal hygiene kits and additional laundry supplies for clean clothes as part of existing laundry facilities onsite. The Federal Association previously provided a grant for a washer and dryer through the grant program in 2012.

As we approached the one-year anniversary of the Order’s pandemic meal program, the Baltimore Region received a surprise $10,000 donation from the John and Rosanne Strittmatter Family Trust to further the Order’s work in supporting the meal program at My Sister’s Place until its doors reopen. This was an unsolicited donation recognizing the impact this project has had feeding needy women and children during the COVID-19 pandemic. As we reflect on the words in our daily prayer, "be it mine to practice charity towards my neighbors, especially the poor and the sick", My Sister’s Place is a project in the Baltimore Region that allows its members to carry this out forgetful of ourselves. And while the Baltimore Region continues to grow and add new works of service for those in need, this small project remains at the heart and soul of our region. 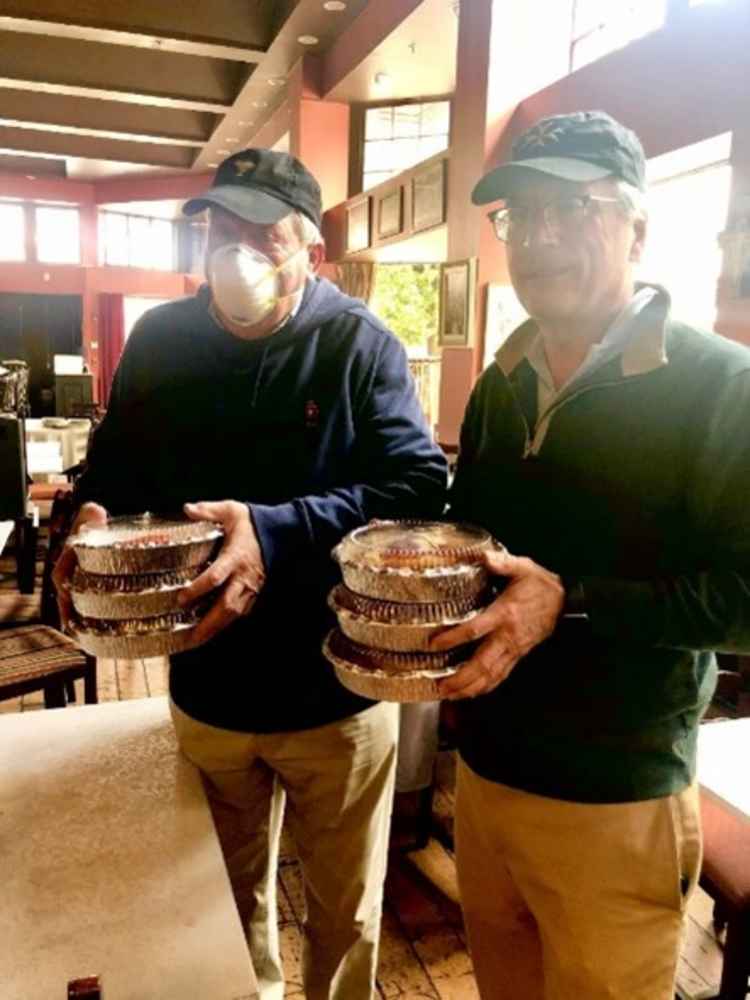 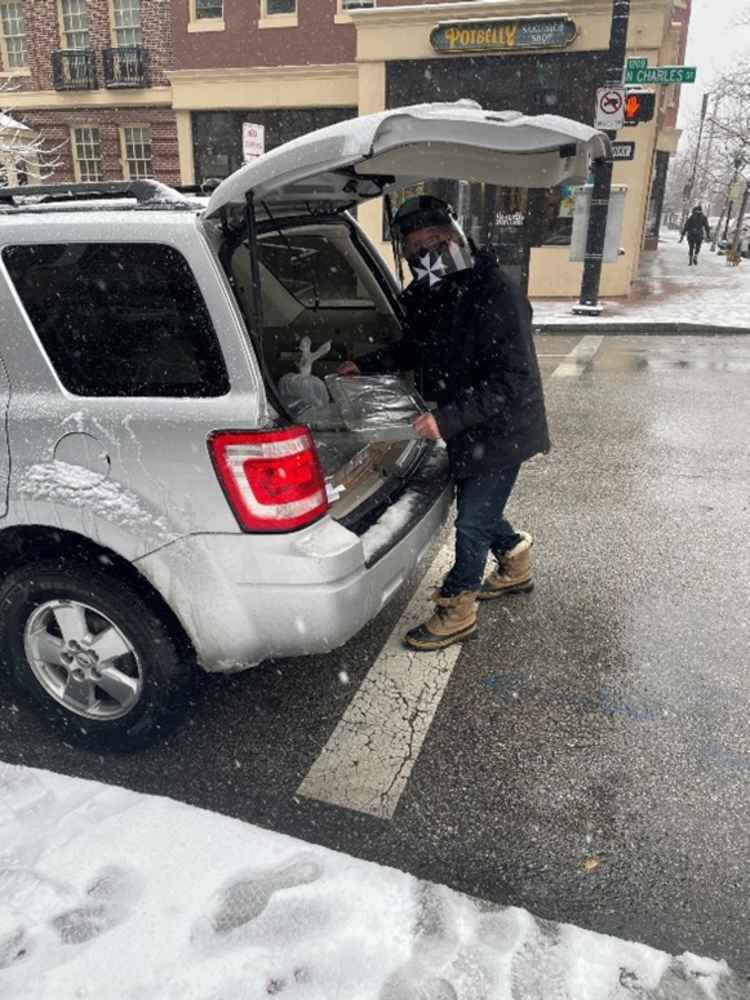 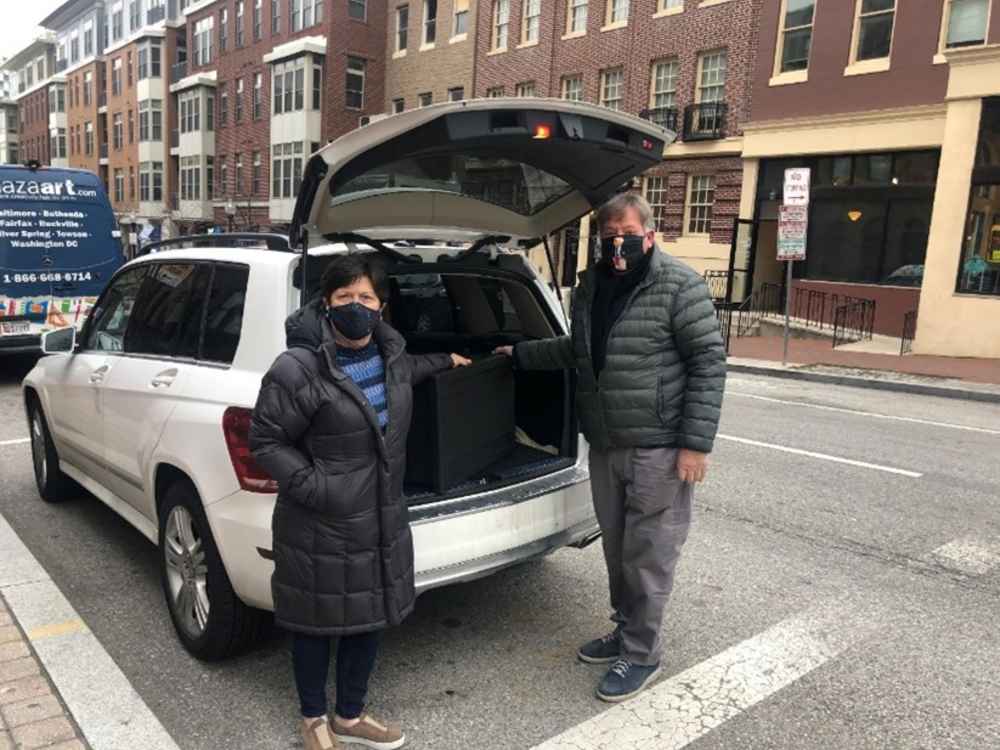 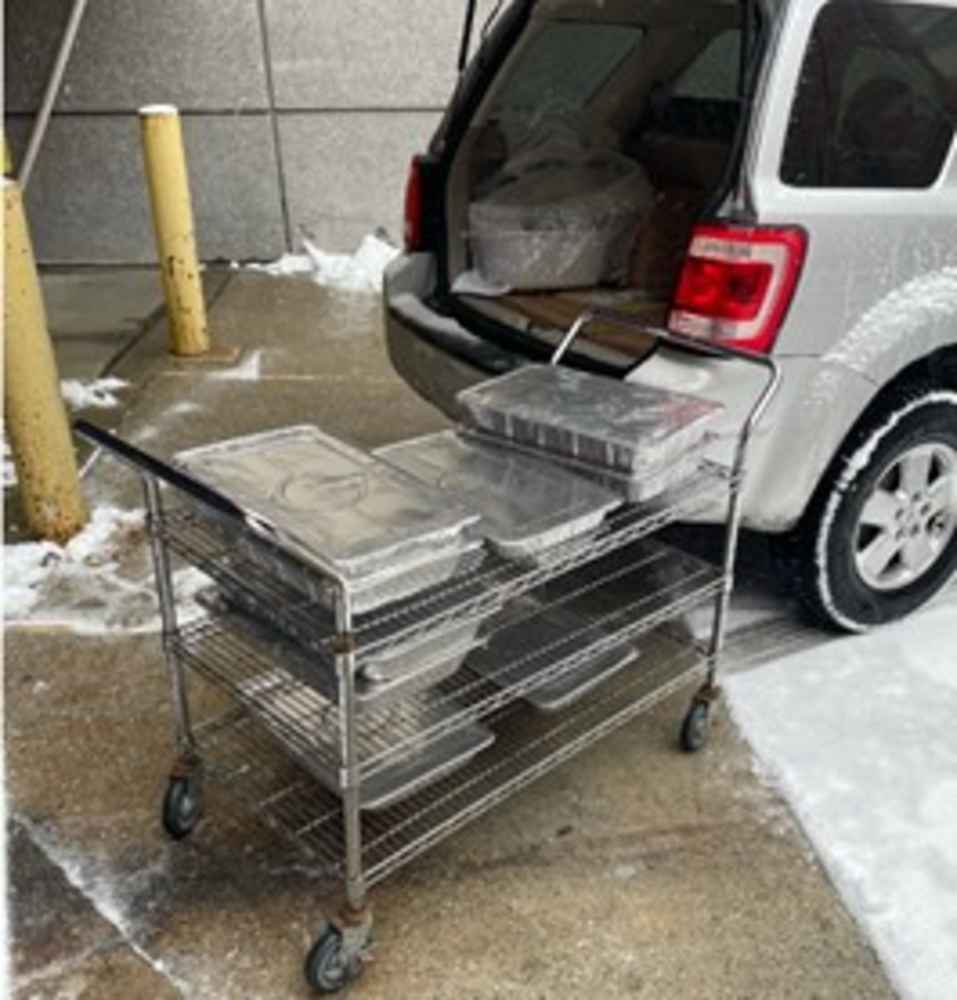 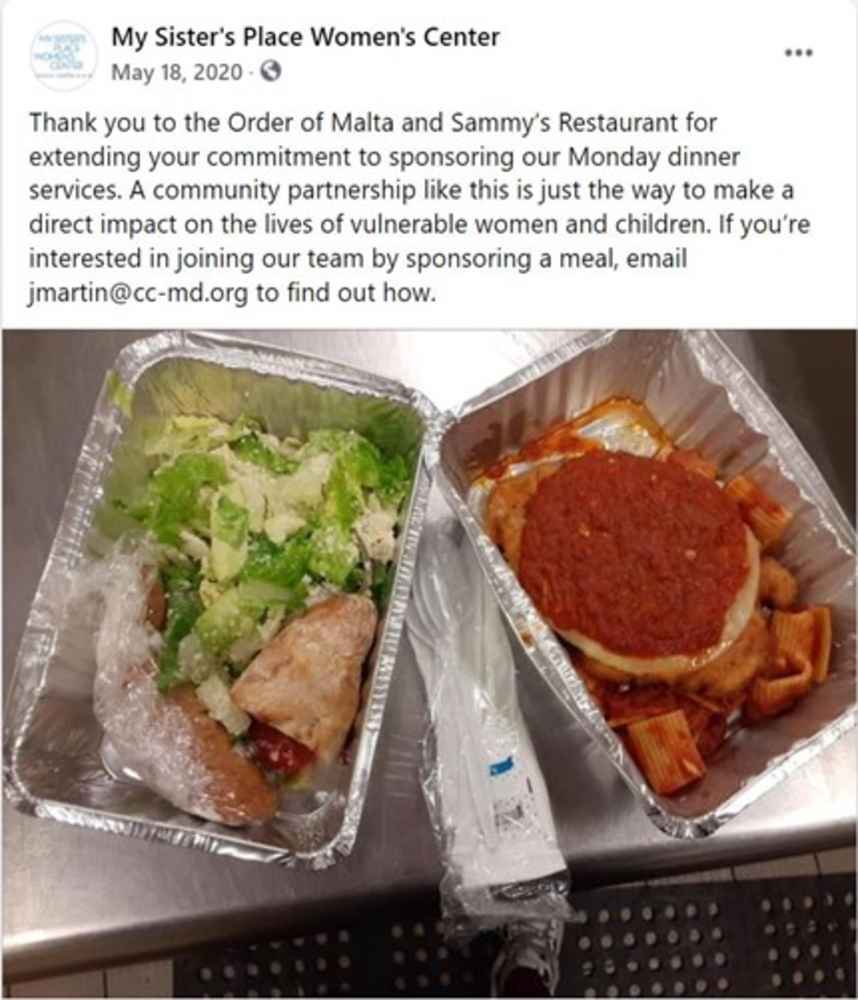 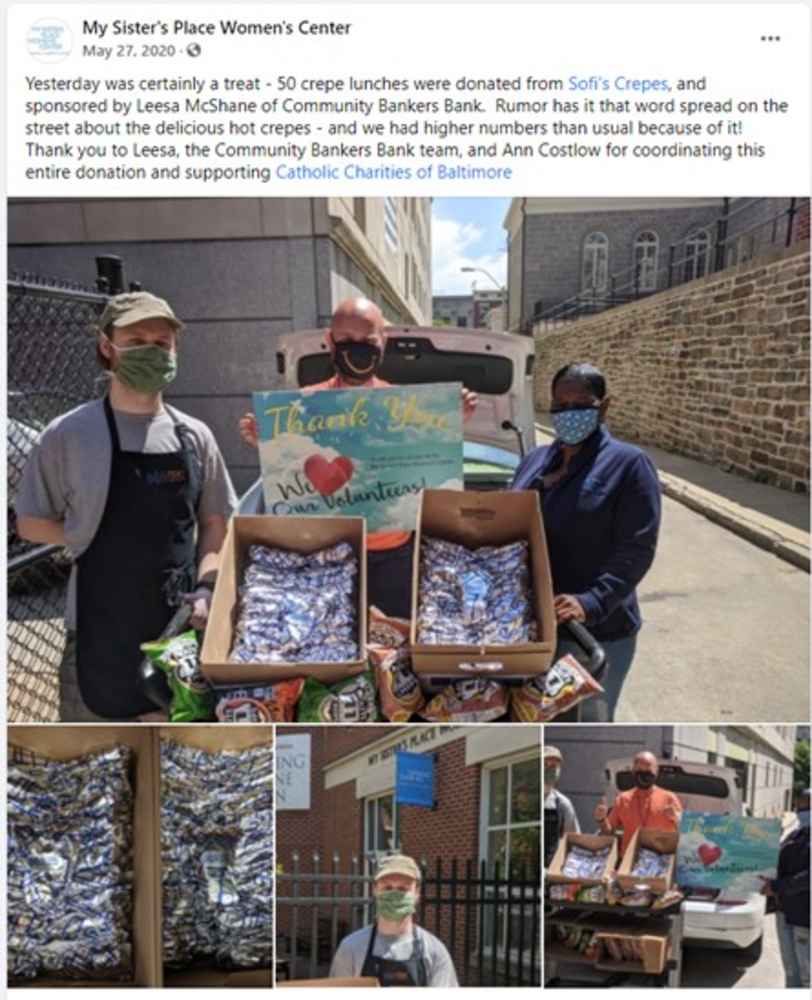 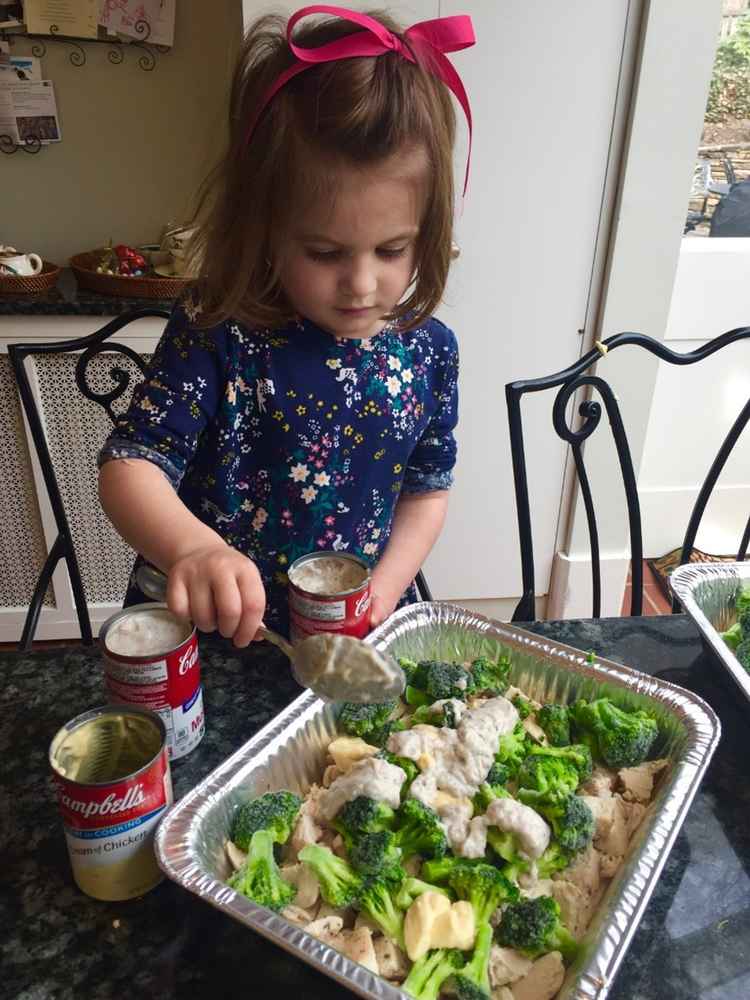 A working lunch between the Grand Chancellor of the Order of Malta, Albrecht Boeselager, with over 20 Ambassadors from different European countries, took place yesterday at the Magistral Villa.

The post The Grand Chancellor meets European Ambassadors to discuss common challenges ahead appeared first on Order of Malta.

Cardinal Silvano Maria Tomasi, the Pope’s Special Delegate to the Sovereign Order of Malta, yesterday met the members of the First Class with the Lieutenant of the Grand Master Fra' Marco Luzzago.

DR Congo: Tens of thousands flee their homes in fear of volcanic eruptions

DR Congo: Tens of thousands flee their homes in fear of volcanic eruptions

Tens of thousands of people have fled from the eastern Congolese city of Goma amid warnings of an imminent volcanic eruption from Mount Nyiragongo.

The post DR Congo: Tens of thousands flee their homes in fear of volcanic eruptions appeared first on Order of Malta.

Lieutenant of the Grand Master, Fra' Marco Luzzago, received Cardinal Mario Grech, Secretary General of the Synod of Bishops, this morning at the Magistral Palace.

The number of trafficked victims is soaring worldwide. Today, over 40 million people are trapped in some form of trafficking, going from sexual exploitation to illegal supply chain labour.

The post Order of Malta Mission to the UN in New York scales up its commitment to fight human trafficking appeared first on Order of Malta.

In addition to India, its neighbouring countries are also reporting new peaks in coronavirus infections every day. In Nepal, the number has risen rapidly. Malteser International warns: “Last weekend alone, almost half of all coronavirus tests were positive.

The Republic of China (Taiwan) has made a generous 14.985 euros donation to the Holy Family Hospital, the maternity hospital in Bethlehem managed since 1990 by the Order of Malta.

The post Donation to the Holy Family Hospital from the Republic of China (Taiwan) appeared first on Order of Malta.

The Permanent Mission of the Sovereign Order of Malta to the United Nations in New York has made an appeal to stop the escalation of violence between Israel and Palestine, after five days of hostilities.

The post The Order of Malta’s Mission to the UN in New York calls for calm as violence surges between Israel and Palestine appeared first on Order of Malta.