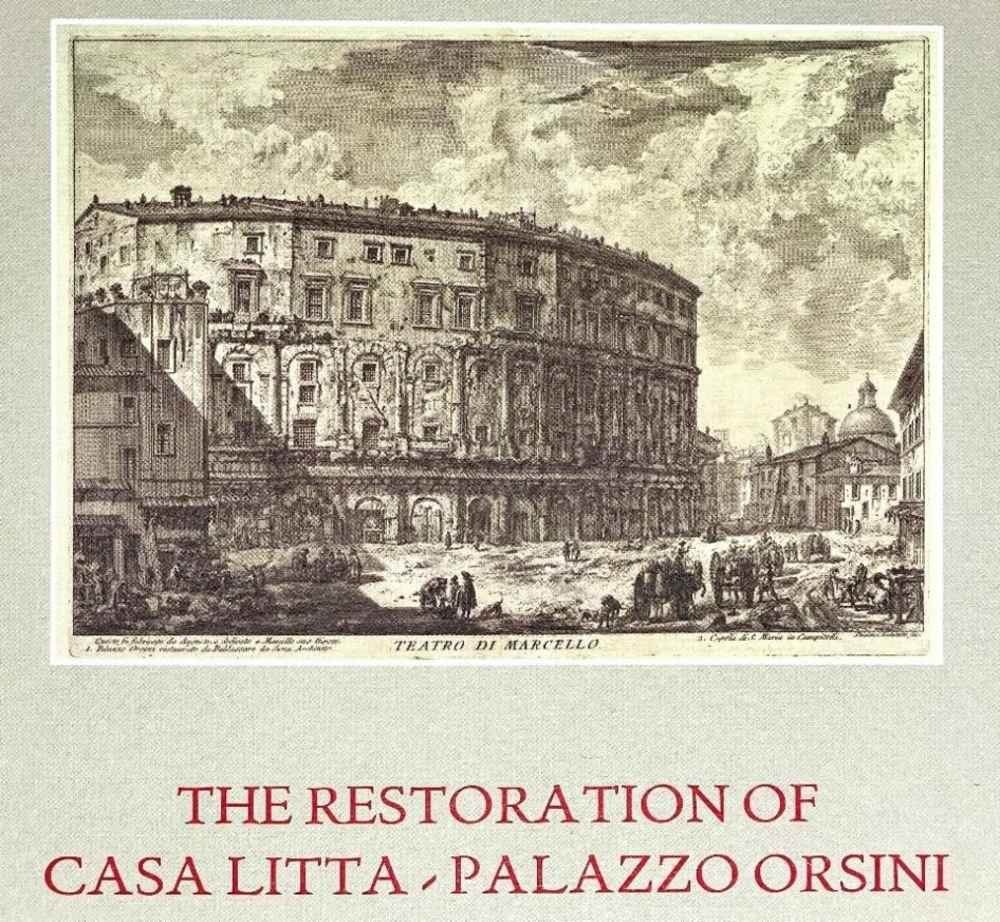 At the request of Count Antonio Zanardi Landi, the Order of Malta’s ambassador to the Holy See, through his friend George Weigel, the Dallas Region raised the final $500,000 needed to complete the restoration of the Order of Malta’s Embassy to the Holy See in Rome, otherwise known as Casa Litta – Palazzo Orsini. In addition to exercising good stewardship of the Order’s property, the main thrust of Ambassador Zanardi Landi’s restoration project was to increase the generation of surplus funds for the benefit of “the care of the poor and sick” through the “letting” of the embassy for special private corporate events.

Palazzo Orsini is set inside the Teatro Marcello, a magnificent Roman theater, begun during the time of Julius Caesar and completed by Augustus in 13 BC. The Teatro Marcello complex is steeped in history and has been in use, first as a theater then as a fortress and residence, for over 2000 years.

To raise the necessary funds, the Dallas Region hosted the ambassador and his wife, the Countess Sabina Cornaggia Medici Zanardi Landi, at a series of fundraising receptions last November. Additionally, a private tour of the Kimball Art Museum and a private meeting with the CEO of the Bush Presidential Center and Library, and a tour there, were arranged for our friends from Rome. 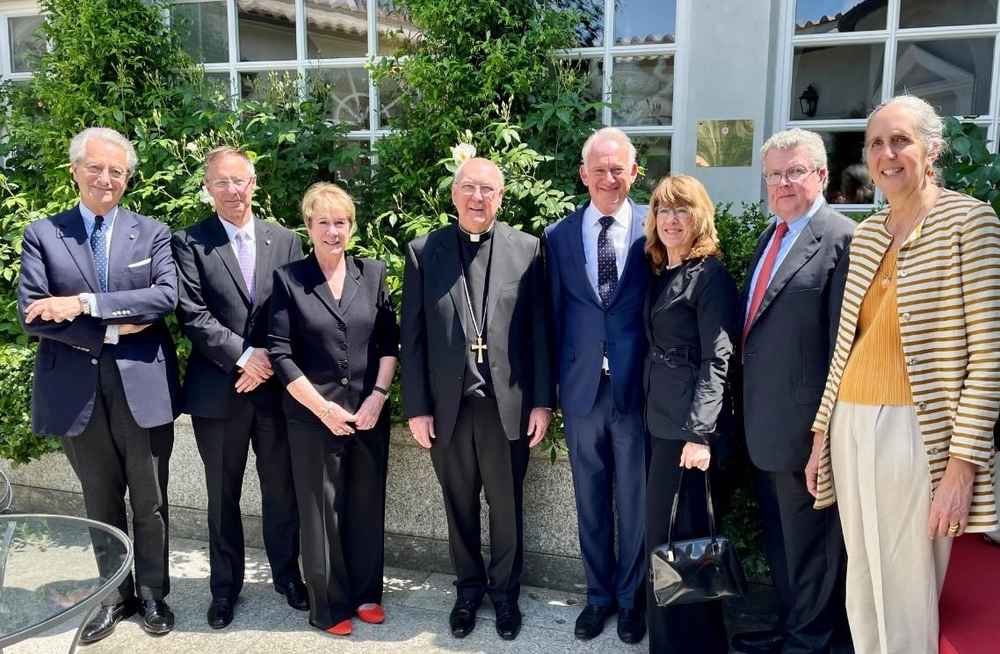 As a sign of gratitude, the count and countess graciously offered to host five members of the Dallas Region in Rome for seven days. Also welcoming us was Prince Alessandro Ludovisi, the second-in-command at the embassy, Enrico Floridi, Ministro Consigliere of the Magistral Palace, and other Italian confreres.

In Rome, the group visited the exceptionally well executed restoration project and viewed the plaque installed for Candyce Eoff, in whose honor a significant donation was made. The Dallas contingent was also hosted at private luncheons at the Order’s embassy to the Holy See and at the Order’s embassy to Italy, as well as cocktails at both the Magistral Palace and the Italian Association headquarters. Cardinal Kevin Ferrell, former bishop of Dallas now serving in Rome, and Cardinal James Harvey, also serving in Rome, joined the group for meals. Additionally, Cardinal Harvey gave the group a private tour of the Basilica of St. Paul Outside the Walls. 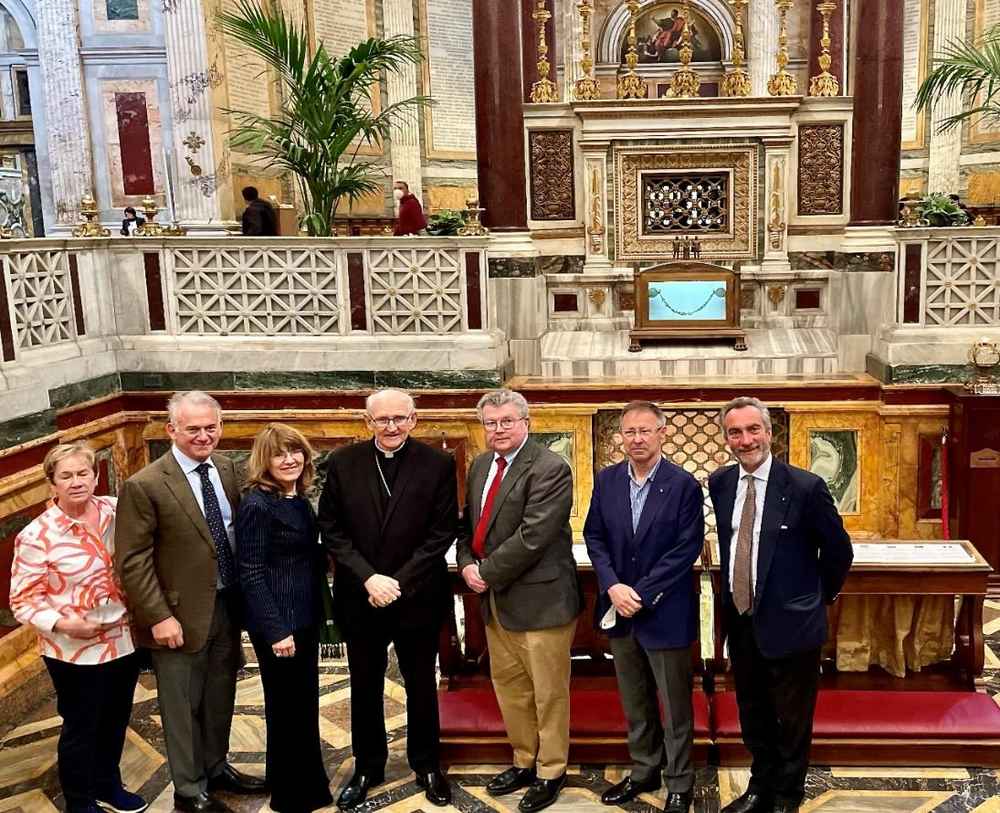 Countess Sabina Cornaggia Medici, who played a major part in the restoration, gave the group private tours of Medici and Borghese chapels and crypts that had been donated by her family over hundreds of years. She also arranged private tours of the Borghese Gallery and Museum, the Borghese crypt, and other places of interest.

The group, which included Kip and Martha Rolland, Rich Kelly, and Richard and Shelley Stanzel, also visited the Vatican gardens to view the recently installed mosaic of Our Lady of Philermo. However, the highlight of the trip was meeting the Holy Father. Hospitaller Richard Stanzel gave Pope Francis warm greetings from the Order’s Dallas Region and assured him of our continued prayers. In parting, the Holy Father repeated his request for our continued prayers. 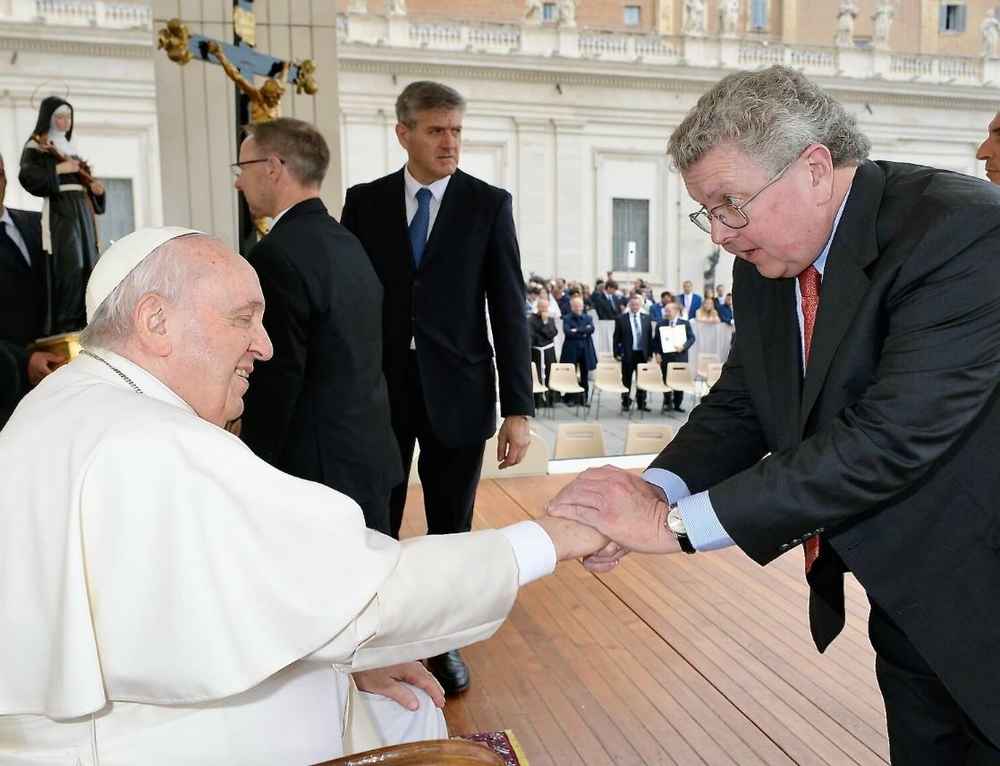 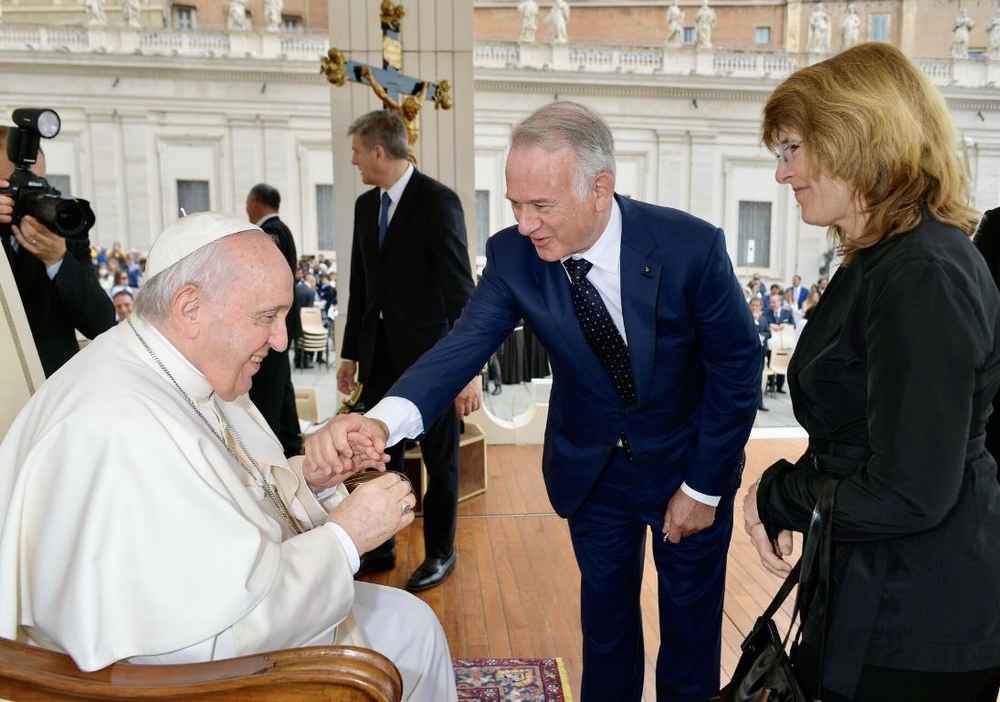 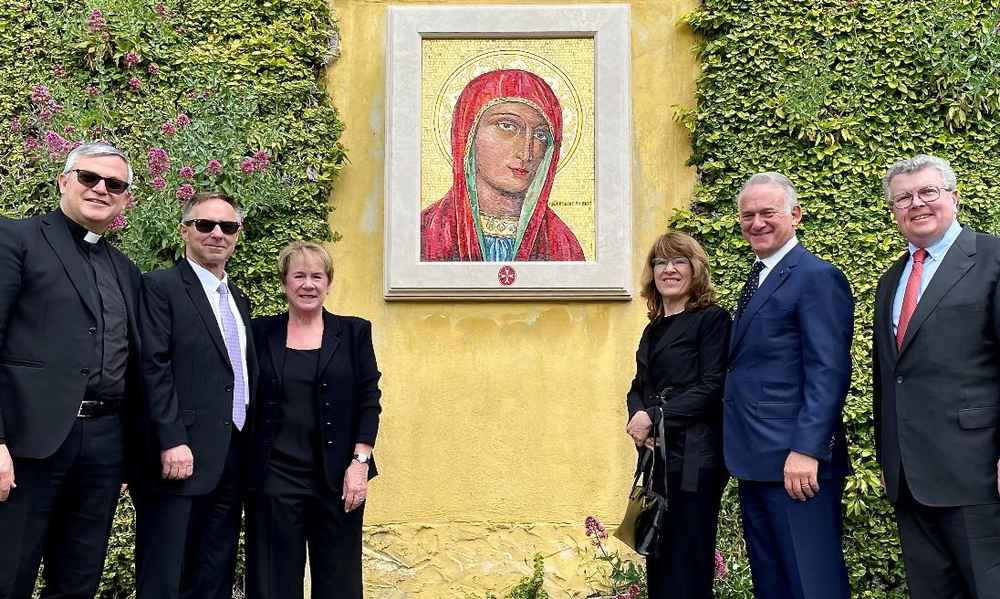 2021 Installation of Our Lady of Philermo Mosaic Approved by Pope Francis In The Vatican Gardens with Msgr. Marco Ceccarelli 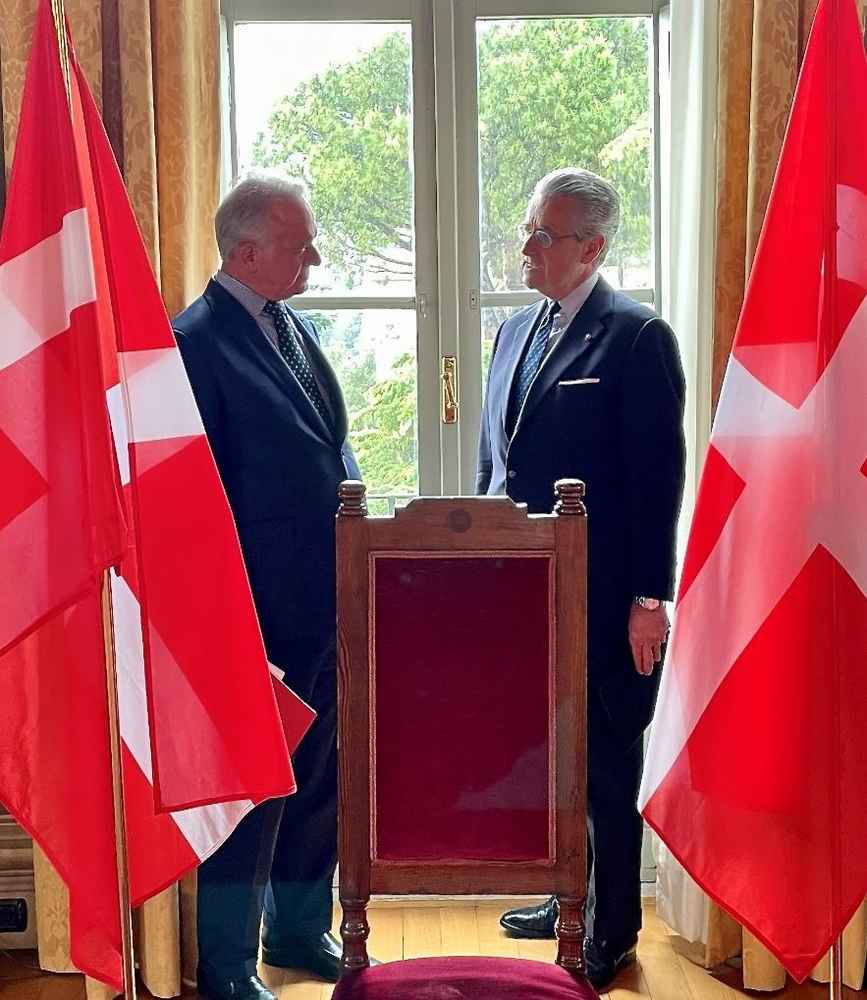 The post The Order’s embassy to Namibia inaugurates a new professional school in Döbra appeared first on Sovereign Order of Malta.

The post The Holy Family Hospital in Bethlehem expects the birth of its 100,000th child appeared first on Sovereign Order of Malta.

The post Sixth World Day of the Poor appeared first on Sovereign Order of Malta.

The post Gratitude of Head of the Ukrainian Greek Catholic Church appeared first on Sovereign Order of Malta.

The post Visit of Greek Alternate Minister of Foreign Affairs to the Magistral Villa appeared first on Sovereign Order of Malta.

The post Pilgrimage to Loreto with the sick appeared first on Sovereign Order of Malta.