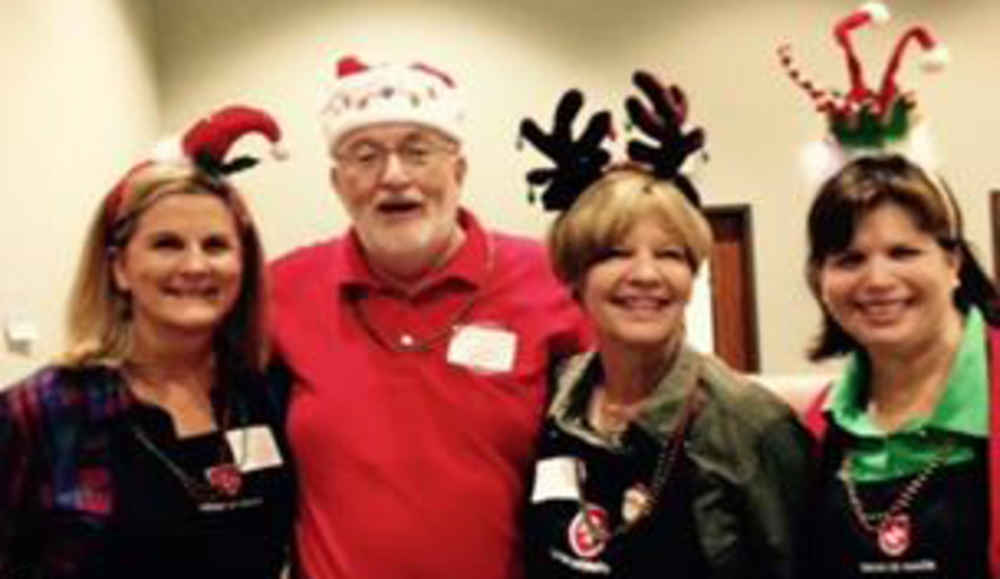 “The best way to stay focused on the true meaning of Christmas during Advent is to defend the faith and serve the sick and the poor,” reports Houston Regional Hospitaller, Kate Signorelli.

With the Order of Malta’s motto in mind, the Houston Region has stayed both focused and busy.

On December 3rd, Knights and Dames manned the phone bank for a 12-hour shift at KSHJ 1430 AM Radio Station during Guadalupe Radio Network’s nationwide quarterly share-a-thon. Support for Catholic Radio is a new Defense of the Faith Initiative of the Houston Region.  When not taking pledge calls, Knights and Dames gift wrapped Catholic author Matthew Kelly’s book "Rediscover Catholicism" to be given by the Order to ill veterans hospitalized during Advent at the Michael J. DeBakey Veterans Administration Hospital in the Texas Medical Center.

On the eve of St. Nicholas’ Feast Day on December 5th, as is tradition, members of the Order gathered for Mass at St. Mary’s Seminary in Houston, celebrated by His Eminence Daniel Cardinal DiNardo and Fr. Brendan Cahill, chaplains of the Order.

After the Mass and a dinner that followed, early the next day, on December 6, members distributed frozen chickens with all the trimmings to the less fortunate of Richmond, Texas.

More than 100 volunteers supplied a substantial Advent dinner to more than 500 families.

On Saturday, December 13th, Knights and Dames in the Houston area met for monthly Mass at the VA Hospital, and then brought Holy Communion to 60 Catholic veterans hospitalized at the VA Hospital in Houston.  The Catholic vets also received a gift of the Matthew Kelly book, provided by Steve Tholen, a candidate for 2015.

Meanwhile the Houston Region continues to serve the hungry lunch four days a week at Martha’s Kitchen in Houston.