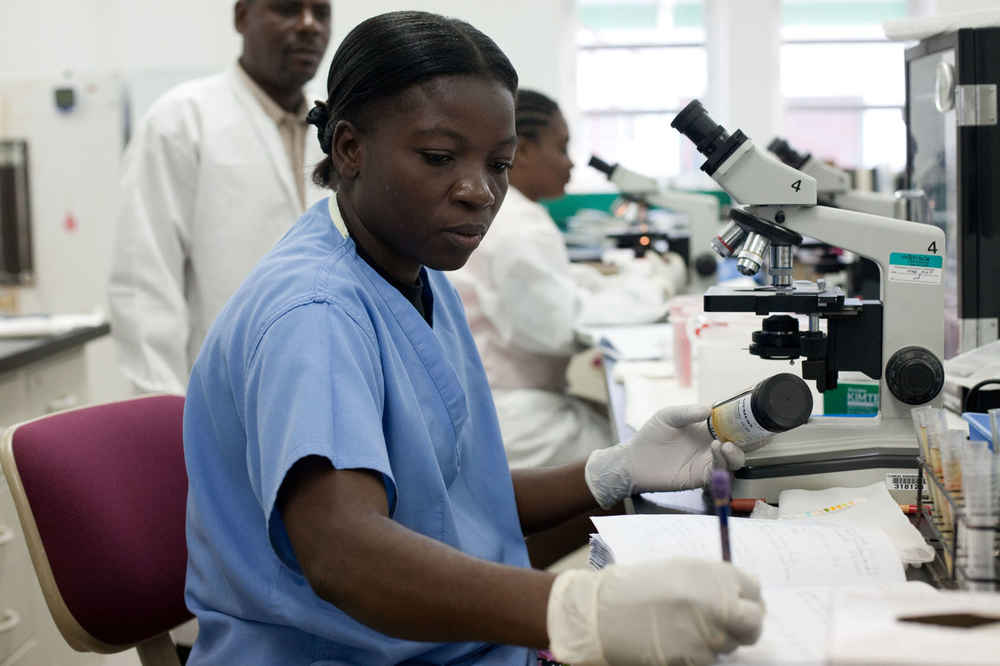 We have an exciting progress report on Hospital Sacre Coeur from a recent visit by Dr. Joe Giere, KM.  First, a bit of history. The Hospital in Milot, Haiti has been connected to the Order of Malta since 1993 when Carlos Reese, KM and Dr. Ted Dubuque, KM, became aware of a small clinic of only four beds in need of help. Now, 25 years later, this clinic is a 200-bed hospital.

Hospital Sacre Coeur is the largest hospital and employer in northern Haiti, designated by the Haitian Ministry of Health and Population as a level III referral hospital. It is fully staffed by Haitian medical and nursing personnel and widely viewed as the textbook example of a teaching hospital, a center that Haitian medical workers throughout the country want to learn from and work in. Each year, Order of Malta doctors undertake a week-long volunteer medical mission trip there. They treat patients in their respective medical specialties, furthering the updating and education of staff in the latest techniques in various medical fields.

In 2017 the hospital received a Malta grant to equip the pathology department. Now the department can prepare tissue specimens on site for microscopic examination to determine benign versus malignant tissue cells. They now employ a pathologist—one of just 11 available in this medically underserved country—to immediately read the results. Previously, it took three to six months to send out tissue samples and receive a diagnosis. With on-site analysis of tissue specimens, patients are now receiving improved care.

In May of this year, the Federal Association’s Joe Giere went to Hospital Sacre Coeur with a team that included the chief gynecological cancer surgeon at Georgetown/Medstar Hospital. The team came to lessen the backlog of women patients requiring lifesaving gynecological treatment and to teach the Haitian staff. During this team’s mission, 23 operations were completed. This is a true work helping to care for the poor and the sick. Physicians and nurses are always needed in the week-long rotations throughout the year. Anyone interested in volunteering should visit the website www.crudem.org for more information.