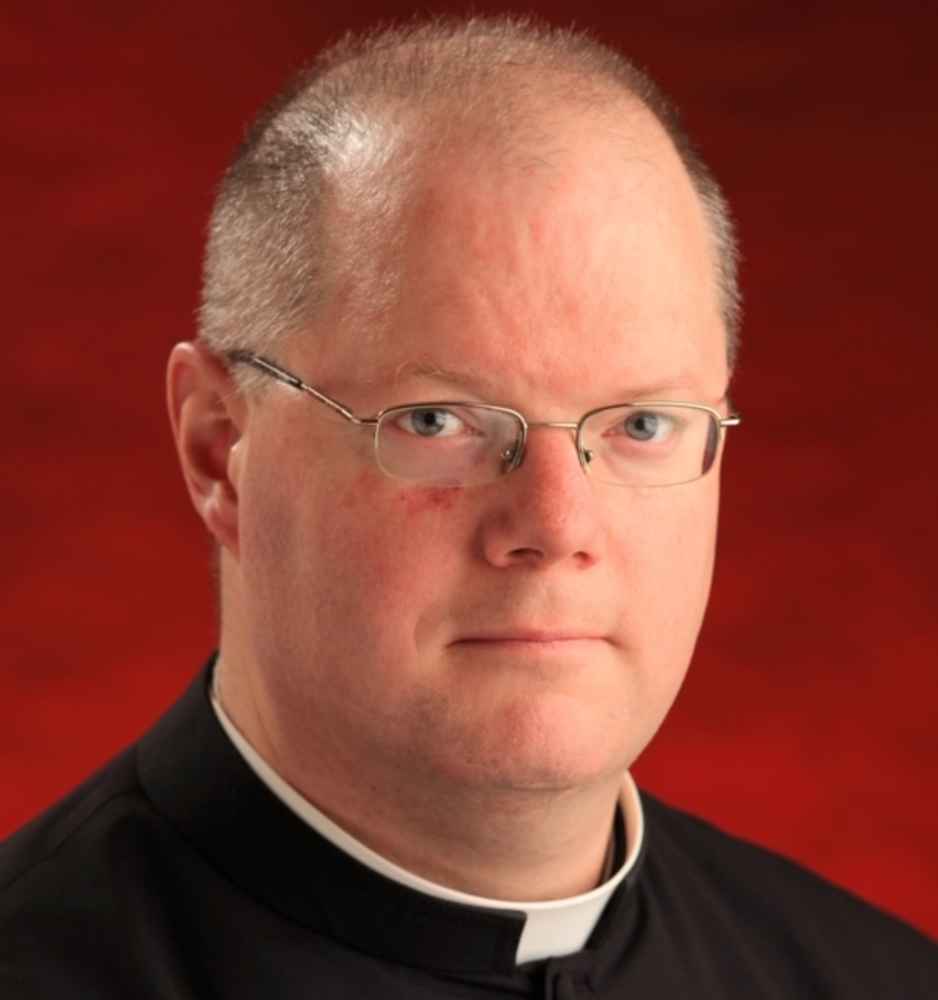 April 4th marked the inaugural Defense of the Faith Mass, dinner, and lecture for the Milwaukee Region.  Invitees included members of the Federal and American associations in Milwaukee as well as auxiliary, family members, guests, and prospective members.

After a welcome from Dan McCarthy, KM, the Federal Association hospitaller for Milwaukee, the evening then began with Mass celebrated by the Rev. Cliff Ermatinger at the historic Old St. Mary Church in downtown Milwaukee. Afterward, a delightful “surf and turf” dinner was served in a private room in a local restaurant close to the church, followed by Father Cliff’s lecture.

Father Cliff is the spiritual consultant for the Archdiocese of Milwaukee and author of several books. His most recent publication, “If You Knew the Gift of God,” published by Padre Pio Press, served as the basis for his talk. As Catholics, we often talk about grace, but how well could we describe what it is or how it operates if asked? Most of us have the basic idea, but if we were honest with ourselves, we would acknowledge that our understanding of grace is far from adequate and our explanation of it would most likely fall short, especially if we were speaking with members of other faith traditions.

Father began his talk by describing grace, what it does, and how to grow in it. He continued by explaining sanctifying grace is a divine gift, a supernatural quality, infused by God in our souls, which offers us a true and formal participation in God's nature. There are, of course, differences in degree, such as the baby who possesses sanctifying grace through Baptism, all the way up to the greatest saints in heaven.

He continued to explain that given graciously to us by God, grace is a gift we have not earned. But sanctifying grace bears within it a habitual quality. And as sanctifying grace makes a person pleasing in God's eyes, he or she becomes justified, a friend, a child, and an inheritor of God. Our divine affiliation by way of grace is not a natural filiation, but an adopted one. Grace does not work of its own accord; it gives us a supernatural life but not supernatural operation.

Father Cliff went on to describe the influence of actual graces, the gifts of the Holy Spirit, and the cumulative effect of a life of cultivating grace. The time went by too quickly. Perhaps there will be a Part 2 in the coming months.

South Africa: Order of Malta feeding the most vulnerable amid the Covid-19 crisis

South Africa: Order of Malta feeding the most vulnerable amid the Covid-19 crisis

The South African branch of the Sovreign Order of Malta provides life-saving food packages to hundreds of vulnerable people, isolated in their homes and unable to receive government aid amid the worsening coronavirus pandemic.

In the meeting today doctors working on the frontline against the pandemic in Europe and Turkey were able once again to share specific insights with their Yemeni counterparts on procedures for preventing and treating the virus.

The post Doctors to Doctors project continuing to explore implications of Covid 19 in Yemen appeared first on Order of Malta.

Covid-19: Summary of the actions taken worldwide by the Order of Malta

Covid-19: Summary of the actions taken worldwide by the Order of Malta

The Order of Malta is increasing its worldwide engagement dealing with the Covid 19 pandemic, scaling up its socio-medical projects in the 120 country where its Associations relief and volunteer corps operate.

At 7.30 this morning, in an almost deserted St. Peter’s Square, the bells rang out for the first mass after the long interval caused by the Covid-19 pandemic.

100 years since the birth of John Paul II

100 years since the birth of John Paul II

On the occasion of the 100th anniversary of the birth of St. John Paul II, the Order of Malta and its embassy to the Holy See commemorate him by publishing the address he gave to participants in the Order’s Jubilee Pilgrimage.

The post 100 years since the birth of John Paul II appeared first on Order of Malta.

After three weeks of intense work, the Covid hospital in Civitanova  – in the province of  Macerata – has been officially handed over to the Marche Region.

The post The Order of Malta’s Italian Relief Corps delivers a new Covid hospital in Civitanova to the Marche Region appeared first on Order of Malta.

With over 23,000 Covid 19 cases confirmed – and population just under 5 million - Ireland has been struggling to contain the spread of the virus.

The Budapest government asked the Order of Malta’s Hungarian charity service (Magyar Máltai Szeretetszolgálat) to coordinate an initiative – called Long-Term Development Programme for New Settlements – for the most disadvantaged areas in the country,

The post Covid-19, Commitment doubled for Roma children in Hungary appeared first on Order of Malta.

To alleviate the sharp increase in poverty caused by the Covid-19 epidemic, Ordre de Malte France has launched “Soli'Malte”, an emergency street service to help the more vulnerable sections of the community.