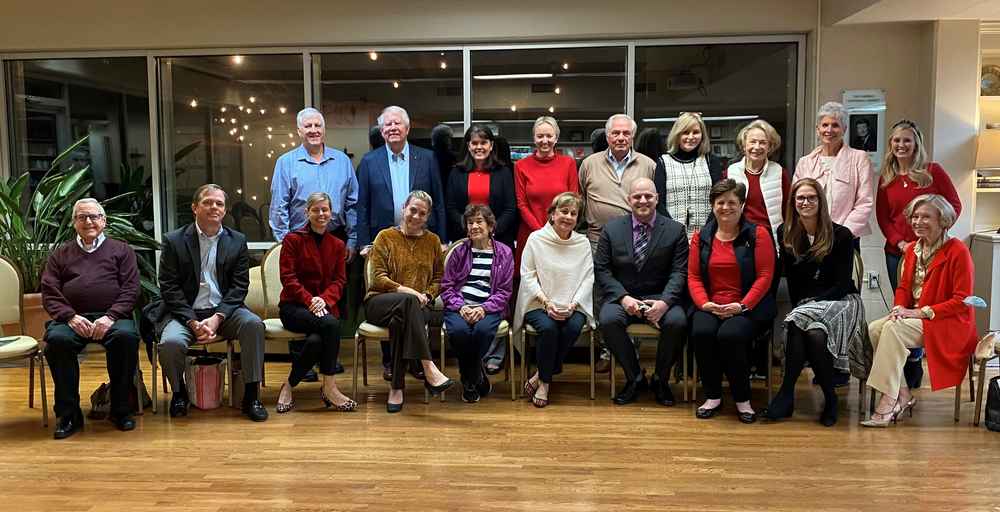 The Atlanta Region held its annual Advent Retreat at the Ignatius House Retreat Center in Atlanta. The Rev. Peter Fink, a Jesuit priest there, celebrated Mass with 20 knights and dames and a few family members.

Afterward, Father Fink gave a talk on Advent prayer, emphasizing that God’s ways are not always our ways. God became human to reveal himself to us.

One of the dames equated this to being a mother; she would frequently tell her children what needed to be done, and they did not understand, so eventually she would show them. During Father Fink’s talk she envisioned God thinking, “Well, I guess I am going to have to come down there and show them how to live.” Jesus certainly did show us how to live. He and his mother are perfect examples for us. Father Fink told the group many times, “let us have eyes to see, ears to hear, a heart which understands.” He encouraged the knights and dames to notice things, and to reflect at the end of Advent: “What can I see which I did not see before? What can I hear which I did not hear before? What can I understand which I did not understand before?”

The retreat served as a good way to begin the Advent season for the Atlanta Region.