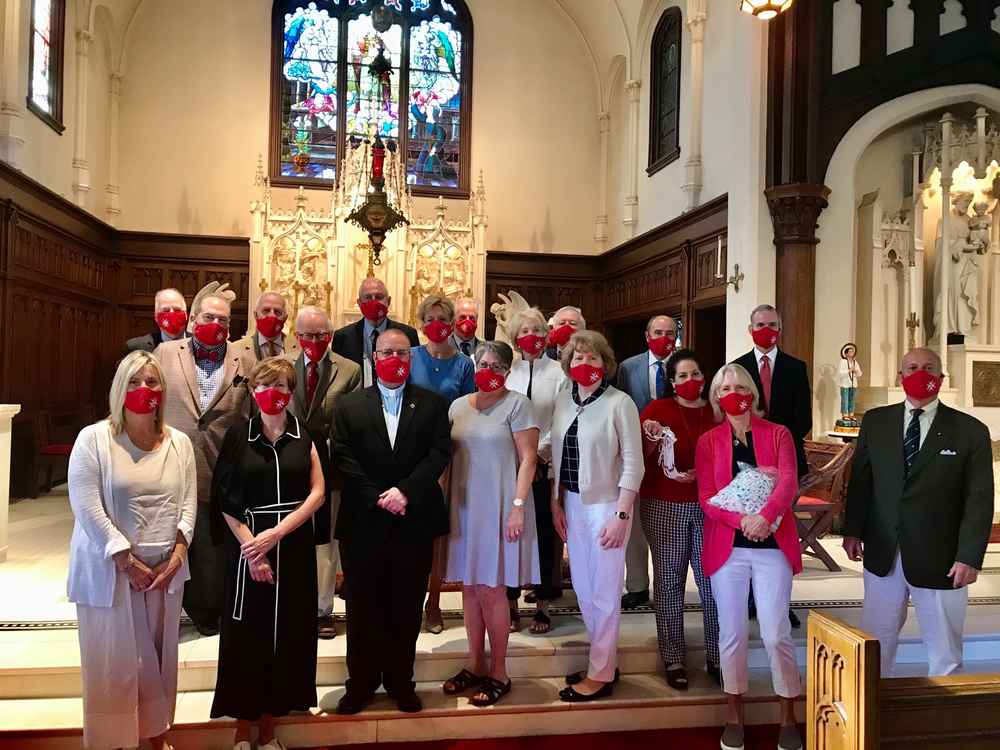 A Baltimore Region ministry of food and fellowship with the poor, long paused by the pandemic, turned this past Christmas to one of gifts of appreciation when tragedy struck the family of the priest leading it. Our region mobilized to compose a Christmas basket of gift cards and other donations for the Rev. Al Scharbach, a married Ordinariate priest, and his family when one of their sons suffered a fatal accident.

Initially ordained an Anglican priest in 2005, Father Scharbach entered the Catholic priesthood through the Ordinariate established in 2009 by Pope Benedict XVI. Equivalent to a diocese but national in scope, the Ordinariate allows former Anglicans to join the Catholic Church while maintaining aspects of their liturgical traditions. It accommodates Anglican priests who are already married, such as Father Scharbach.  Abby, his wife since 1996, and their nine children are members of the Catholic Church. Shortly after entering the Church, Father Scharbach began his journey to become a Catholic priest, which was realized when Bishop Denis Madden, auxiliary bishop of the Archdiocese of Baltimore, ordained him at the Basilica of the National Shrine of the Assumption of the Blessed Virgin Mary.

The Baltimore Region began work with Father Scharbach at his Mount Calvary Church as a new project in 2019. On the second Saturday of each month, our members and volunteers joined Father Scharbach to prepare and serve a hot breakfast, known as the Bus Stop Breakfast, to the community outside the front doors of his church. There is a methadone clinic across the street, and many men and women who are struggling with addiction visit the clinic on Saturday mornings for treatment. We were able to serve them in a small way as we handed out egg sandwiches and hot coffee. The ministry brought many opportunities for deep conversation, prayer, and witness. Of course, Covid has put a hold on this ministry.

Then last August, Father Scharbach’s son, Isaac Ian Scharbach, 21, was struck and killed by an automobile while he was riding his bicycle near his home in Upperco, Maryland. In the midst of this terrible tragedy for the Scharbach family, Father Al not only preached the homily the following day, but also at his son’s funeral.

Since we still could not serve Father Scharbach’s community as 2020 drew to a close, we decided to serve his beautiful family with a Christmas gift basket (pictured on right). A notice was sent out and our region came through with donations and gift cards to fill our basket.

We are looking forward to an end to this pandemic so our region can get back to serving our Bus Stop Breakfast. And we hope we can continue to touch the hearts of the men and women with the love of Christ and give them hope in their struggles. 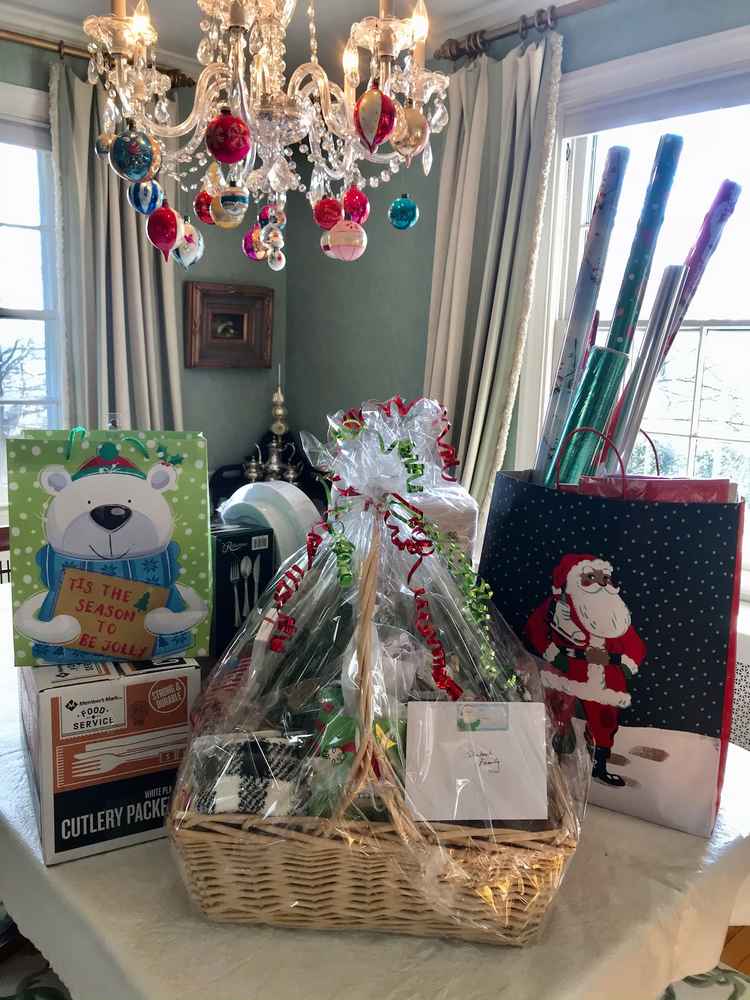 Wooden houses for the earthquake victims in Croatia

Wooden houses for the earthquake victims in Croatia

Petrinja, Sisak, Glina. Two months after the violent 6.2 magnitude earthquake, there is no longer any rubble in the streets of these little towns south of Zagreb, in Croatia, but many people are still homeless during the coldest period of the year

The post Wooden houses for the earthquake victims in Croatia appeared first on Order of Malta.

Pope’s visit to Iraq: Order of Malta supports Christians and other religious minorities in the country

Pope’s visit to Iraq: Order of Malta supports Christians and other religious minorities in the country

Pope Francis will visit Iraq from March 5 to March 8 in his first foreign trip since the start of the coronavirus pandemic.

The post Pope’s visit to Iraq: Order of Malta supports Christians and other religious minorities in the country  appeared first on Order of Malta.

Statement of the Grand Chancellor at the UN Human Rights Council

Statement of the Grand Chancellor at the UN Human Rights Council

The Grand Chancellor of the Sovereign Order of Malta, Albrecht Boeselager, addressed the 46th session of the United Nations Human Right Council, which opened in Geneva on 22 February.

The post Statement of the Grand Chancellor at the UN Human Rights Council appeared first on Order of Malta.

Today sees the start of the Course in Protection of Migrants and Refugees for Libyan Authorities organized by the Sovereign Order of Malta in collaboration with the British think tank Forward Thinking.

The post Order of Malta organizes course in Protection of Migrants and Refugees for Libyan Authorities appeared first on Order of Malta.

In an interview with Vatican Radio, the Grand Chancellor of the Sovereign Order of Malta talks about the priorities of the institution’s worldwide action in the wake of the Covid pandemic and of the many ongoing humanitarian crises.

The post In an interview with Vatican Radio the Grand Chancellor calls for an equitable distribution of the anti-Covid vaccine appeared first on Order of Malta.

Myanmar: Malteser International’s work affected by state of emergency in the country

Myanmar: Malteser International’s work affected by state of emergency in the country

The recent political developments in Myanmar have had implications for Malteser International’s humanitarian operations in the country.

The post Myanmar: Malteser International’s work affected by state of emergency in the country appeared first on Order of Malta.

Order of Malta donates medicines to 12 health facilities in Mali

Order of Malta donates medicines to 12 health facilities in Mali

To guarantee assistance to the most vulnerable groups in Mali, the Order of Malta has donated medicines worth 20 million CFA francs (over 30,000 euro) to 12 health facilities.

On its 25th anniversary, Malteser Albania has received the “Mother Teresa” decoration for its humanitarian activities in favour of the weakest social groups from the President of the Republic of Albania, Ilir Meta.

Today the Lieutenant of the Grand Master Fra’ Marco Luzzago conferred the insignia of Bailiff Grand Gross of Honour and Devotion on Cardinal Silvano Maria Tomasi C.S., the Pope’s Special Delegate to the Order of Malta.

The post Cardinal Silvano Maria Tomasi is Bailiff Grand Cross of Honour and Devotion appeared first on Order of Malta.