Current Challenges to Religious Liberty: The Focus of the Defense of Faith Program 2016 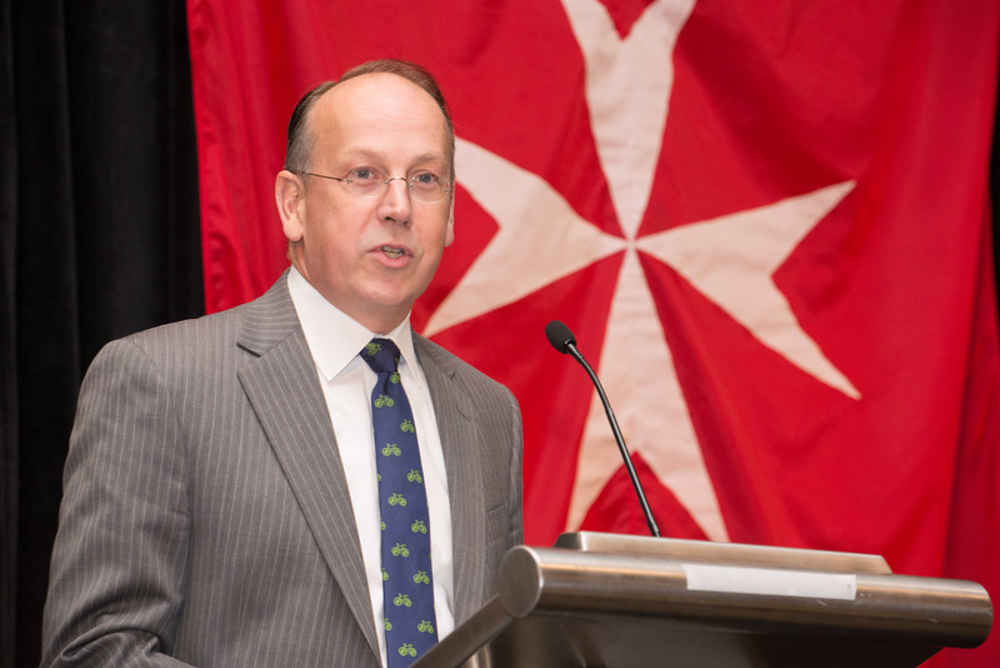 The Defense of Faith Committee of the Federal Association was pleased and honored to have Mr. Paul Clement speak on current challenges to religious liberty at the DOF Program at the Annual Meeting, October 14, 2016.  This article identifies some of the themes touched upon by Mr. Clement; the expansion of these themes, however, is completely the work of this author and should not be attributed to Mr. Clement.

Paul D. Clement served as the 43rd Solicitor General of the United States from June 2005 until June 2008. He is currently a partner at Bancroft PLLC and will soon be moving his practice to Kirkland & Ellis LLP.  He has argued over 80 cases before the United States Supreme Court, including 30 cases in just the last five Terms. Indeed, Mr. Clement has argued more Supreme Court cases since 2000 than any lawyer in or out of government.  Of particular interest to the membership are the recent cases of Burwell v. Hobby Lobby and Little Sisters of the Poor Home for the Aged v. Burwell.

Mr. Clement graduated magna cum laude from Harvard Law School, where he was the Supreme Court editor of the Harvard Law Review.  Following graduation, Mr. Clement clerked for Judge Laurence H. Silberman of the U.S. Court of Appeals for the D.C. Circuit and for Associate Justice Antonin Scalia of the U.S. Supreme Court.  Mr. Clement is a Distinguished Lecturer in Law at the Georgetown University Law Center, where he has taught in various capacities since 1998, and a Distinguished Lecturer in Government at Georgetown University. He also serves as a Senior Fellow of the Law Center’s Supreme Court Institute.  He and his family are members of St. Mary’s Church in Old Town, Alexandria.

Mr. Clement began his speech with a tribute to the religious liberty jurisprudence of the late Associate Justice Antonin Scalia.  Mr. Clement noted that most recognize Justice Scalia as a champion of religious liberty but that Justice Scalia’s majority opinion in Employment Division v. Smith is viewed as the one significant blemish on his record.  Ironically, Smith set the stage for the enactment by Congress of the Religious Freedom Restoration Act, which played an important role in the Hobby Lobby and Little Sisters cases.

The Smith case concerned the ingestion of peyote, a hallucinogenic drug, by members of the Native American Church for sacramental purposes.  Oregon forbade the use of peyote, and two members of the church were fired from their jobs and denied unemployment compensation on this basis.  They argued that the application of the state law infringed their right to free exercise of their religion protected by the First Amendment of the U.S. Constitution.  The U.S. Supreme Court held to the contrary in a 6-3 decision in 1990.  Justice Scalia wrote that, although it would be unconstitutional for Oregon to forbid the ingestion of peyote by the members of the Native American Church solely because of their religious motivation, it could do so by means of a criminal statute of general applicability.  The majority of the Court, therefore, did not apply the traditional balancing test whereby governmental actions that substantially burden a religious practice must be justified by a “compelling governmental interest.”

In response to the Smith decision, in 1993, Congress passed the Religious Freedom Restoration Act (RFRA), which restored the balancing test rejected in Smith.  The Supreme Court, however, had the final say by invalidating RFRA as applied to the states in the 1997 case of City of Boerne v. Flores.  Justice Scalia joined in the majority opinion, which was written by Justice Kennedy.  RFRA continues to be applicable to the U.S. government, and the decision has prompted 20 states to pass their own RFRA-type statutes.

In the 2014 Hobby Lobby case, the Supreme Court ruled in a 5-4 decision, written by Justice Alito, that RFRA forbade forcing a closely-held corporation to provide health-care plans to its employees under the Affordable Care Act (ACA) that include forms of contraception to which the owners of the corporation objected on religious grounds because they were abortifacients.  (The ACA—also known as “Obamacare”—does not specify coverage of contraceptives, but the Department of Health and Human Services (HHS) issued regulations that requires it.) Justice Scalia joined the majority.

The 2016 case involving the Little Sisters of the Poor was one in a series of cases under the heading of Zubik v. Burwell. These cases were decided after Justice Scalia died.  Similar to Hobby Lobby, the case involved the refusal of the Sisters to provide the HHS-mandated insurance coverage of contraceptives.  Unlike Hobby Lobby, however, the Court did not decide the issue before it.  Instead, the Court vacated the decisions of the lower courts and remanded in light of clarifications of the parties regarding the requirement of notice of religious objection and the ability to provide contraceptive coverage without substantially burdening free exercise of religion.  On the one hand, the Court expressed no view on the merits of the cases, and, on the hand, the Court ordered that the Government could not impose taxes or penalties for failure to provide the required notice.  As Mr. Clement noted, the impact on the Court of the loss of Justice Scalia is quite clear from the different treatment by the Court of these two cases.

After Hobby Lobby but before Little Sisters of the Poor—in 2015—the Supreme Court held in Obergedell v. Hodges that it was unconstitutional to deny same-sex couples the right to marry.  This decision too was 5-4 and Justice Scalia dissented, along with Justices Thomas and Alito and Chief Justice Roberts.

Even before this decision, the New Mexico Supreme Court held in 2014 that, based on New Mexico’s Human rights Act, a photographer could not refuse to photograph a same-sex marriage, despite his assertion of his religious beliefs.  Similarly, in 2015, the Colorado Court of Appeals affirmed a determination that a baker had violated Colorado’s Anti-Discrimination Act when he refused to make a cake for a same-sex marriage, despite the baker’s assertion of his religious beliefs.

On the heels of Obergefell and these decisions has come the controversy over transgender bathrooms. Although Mr. Clement did not go into the details of this issue, it will be helpful to briefly sketch its timeline.

In February 2016 the Charlotte City Council ignited a controversy by expanding the city’s nondiscrimination ordinance to include the right of transgendered persons to use either men’s or women’s public restrooms, depending on the gender with which they identify.  The ordinance was quickly nullified by state legislation in March 2016.  The Department of Justice and the Department of Education made it a national issue when they wrote to schools across the country and told them that federal law prohibiting discrimination on the basis of sex included discrimination based on a student’s gender identity, with the implication that school systems would lose federal funding if they did not comply.  Specifically, the letter stated that schools cannot require a student to use a restroom or locker room inconsistent with the student’s gender identity.  In July 2016, the State of Texas and other states filed an application for a preliminary injunction against enforcement of the policy.  Undeterred, in August 2016, the Government Services Administration extended the policy of nondiscrimination based on gender identity to all government buildings over which it has jurisdiction, e.g. federal courthouses, Social Security offices, Veterans offices, etc.  Shortly after, a federal district court in Texas issued a preliminary injunction against the school policy and applied it nationwide.

In alluding to same-sex marriage and the transgender issues, Mr. Clement identified a development that is ominous for the Church’s freedom to preach the Gospel and to live its moral life, namely, that these issues impact the Church more directly in its mission than, for example, abortion.  The Church performs marriages, not abortions.  Since Roe v. Wade, the Church has been involved in this issue as a moral leader, but, except in the case of pressure on Catholic hospitals, the Church has not been adversely affected by the decision in its day-to-day ministry.  This may change now that same-sex marriage is a constitutional right and if sex discrimination laws are expanded by executive order and confirmed by the courts.

It is time for hope, prayer and action.