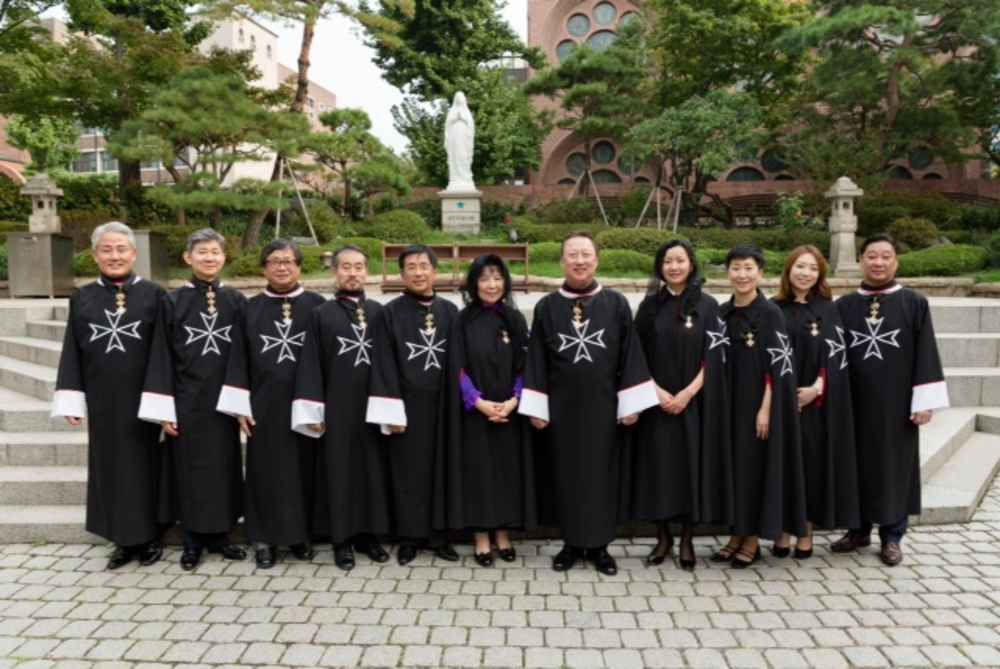 Last September, for the first time in the history of the Church in Korea, 11 Knights and Dames were invested during the Mass celebrated by Cardinal Andrew Yeom Soo-Jung, archbishop of Seoul and the principal chaplain of the Order of Malta Korea at Myeong-Dong Cathedral in Seoul. Members from Australia, France, Germany, Hong Kong, Malta, Philippines, Singapore, Thailand, United Kingdom and the United States participated in the Investiture as a part of the Order’s sixth Asia Pacific Regional Conference.

Matthew Lee of the Federal Association has traveled many times to Korea, first to explore the possibility of establishing the Order of Malta in Korea, and then to help develop it. Initially, he gained the enthusiastic support of Cardinal Yeom and of his predecessor Cardinal Nicholas Jeong. The turning point came when Yongmaan Park, a prominent Korean Catholic businessman and philanthropist, accepted Lee’s invitation to lead the effort. Park was installed as the first president of the Order in Korea in 2015.

The Federal Association has had an important role in the birth of the Order in Korea. When Lee asked the association’s then-president, Paul McNamara, for help, he was invited to join its delegation to the Regional Conference of the Americas of the Order of Malta in Lima, Peru in 2011. There, McNamara provided Lee with important advice and introduced him to the delegates from the Grand Magistry. 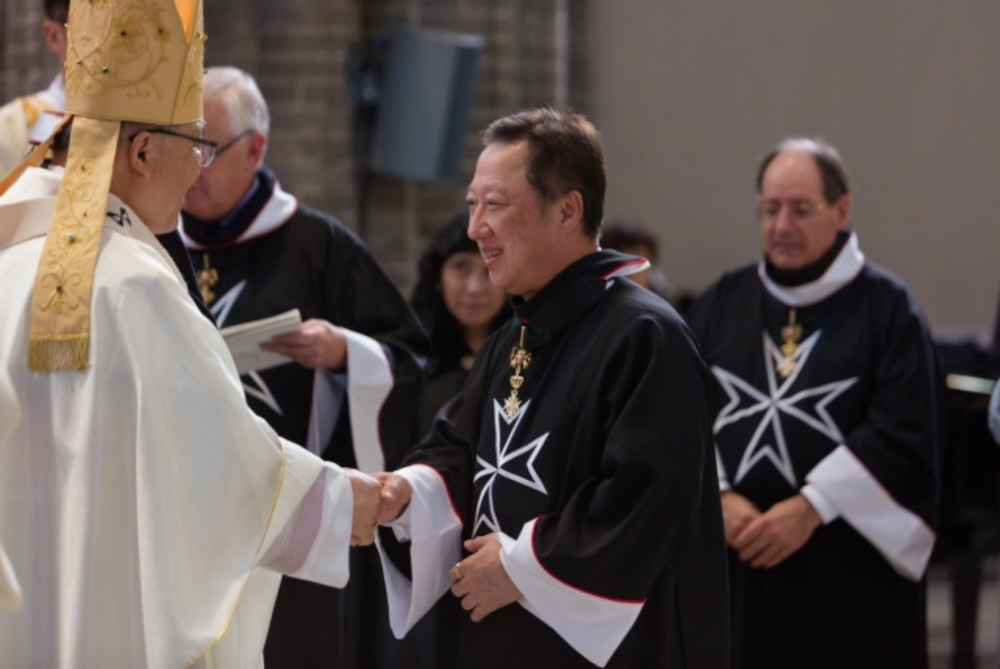 Korea has a flourishing Catholic Church with a strong laity. With over 5.5 million Catholics, which is about 11% of the population of South Korea, the Church’s growth has been nothing less than phenomenal over the past 40 years. Catholics as a group, specifically the clergy and the religious, are highly respected there.

A unique aspect of the Catholic Church in Korea is that it was not established by European missionaries but by the spontaneous efforts of Korean people. Catholicism was introduced in Korea in the 18th century when some Korean literati learned about the faith through reading and studying, and began to practice it by themselves. One of them, Yi Seung-hun, went to Beijing to be baptized, and on his return to Korea he founded a Christian community in 1784.

The Catholic Church in Korea was suppressed from its early days because the government considered it to be opposed to the Neo-Confucianism that was the guiding ideal of the government at that time. About 10,000 of the faithful died martyrs in persecutions that lasted for more than 100 years. Among them 103 martyrs, including the first Korean priest, Rev. Andrew Kim Tae-gon, were canonized in Seoul in 1984 by the Pope John Paul II.