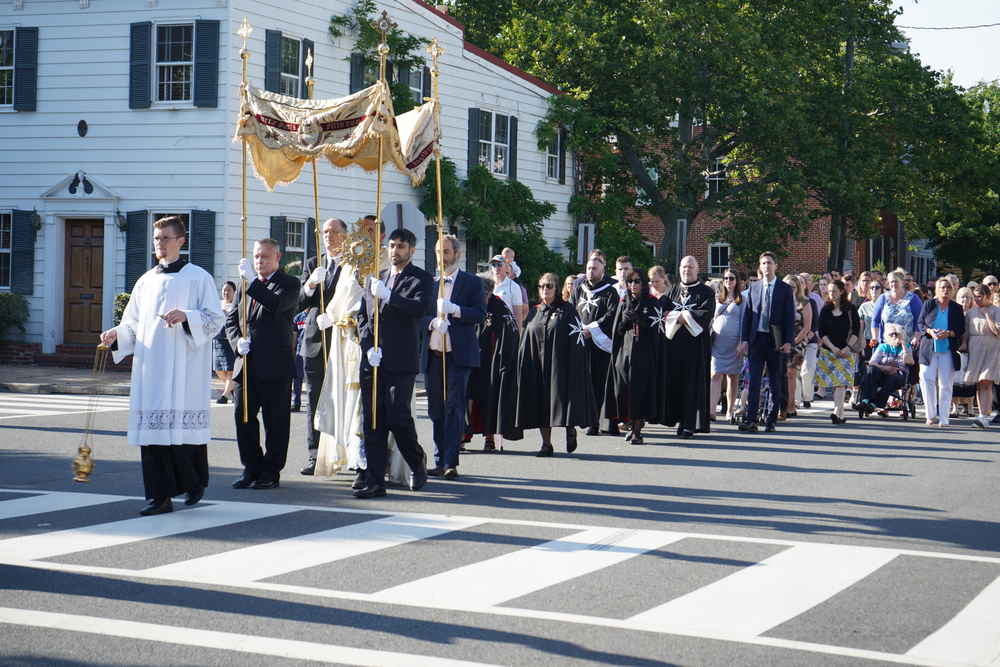 In June, members of the Northern Virginia Region attended Mass and processed with parishioners of the Basilica of Saint Mary for the Solemnity of Corpus Christi. Bringing Our Blessed Lord into the streets of Old Town Alexandria, the rector of the Basilica, the Very Rev. Edward C. Hathaway, was also joined by Basilica's parochial vicar, the Rev. Joseph Townsend; the Rev. Kevin Barnekow of the Archdiocese of Milwaukee, Wisconsin; and Diocese of Arlington seminarian Luke Helbling.

Led by an Irish bagpiper and the Knights of Columbus Council No. 459 Honor Guard, the group followed Our Lord in the Basilica’s historic monstrance for eight blocks, to the Basilica School of Saint Mary for adoration. Once there the Basilica Schola, under the direction of David Elliott, provided sacred polyphony for the meditation. The procession then returned to the church for Solemn Reposition of the Blessed Sacrament. 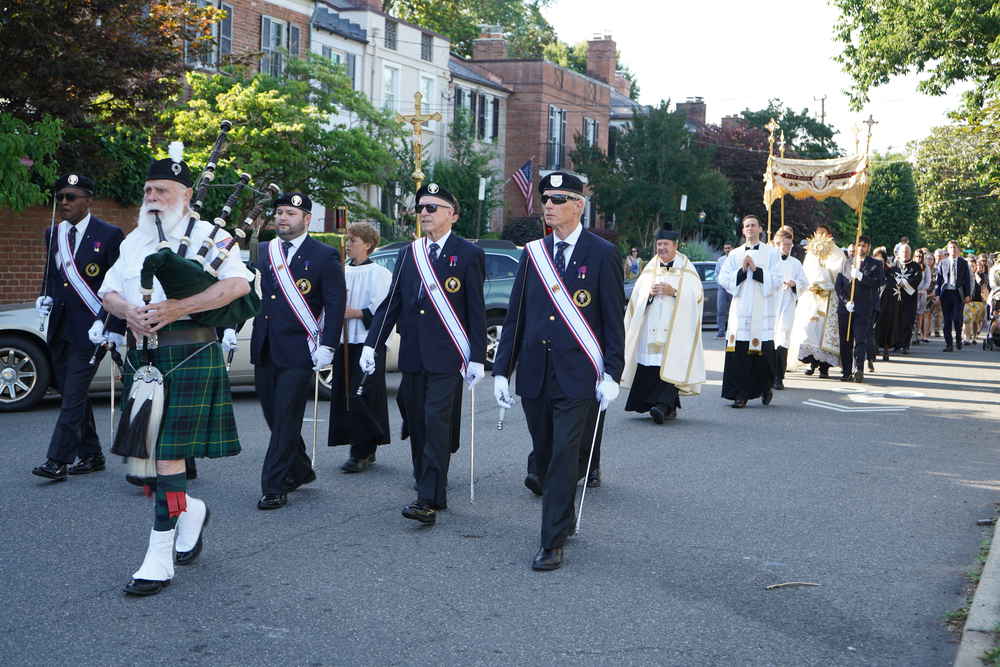 Processing immediately behind the Most Blessed Sacrament were Bertha Braddock, DM (former Northern Virginia Hospitaller), Rebecca Littig, DM, Charles McLaughlin, KM, Peter-Anthony Pappas, KM, and Mary Petrino, DM. At the conclusion of the liturgy, Father Hathaway thanked the members of the Order for lending a special solemnity to the procession.

Established in 1795 by members of the Society of Jesus from Holy Trinity Church in Georgetown, the Church of Saint Mary was funded by the contributions of local Catholics, led by Colonel John Fitzgerald, who was a local Alexandria merchant and former aide-de-camp to General George Washington. By making the very first contribution himself, Washington gave support to the Catholic faith in the Port City, where Masses had not been permitted until 1789, when the French had offered a solemn Mass after the great victory in the battle of Yorktown. 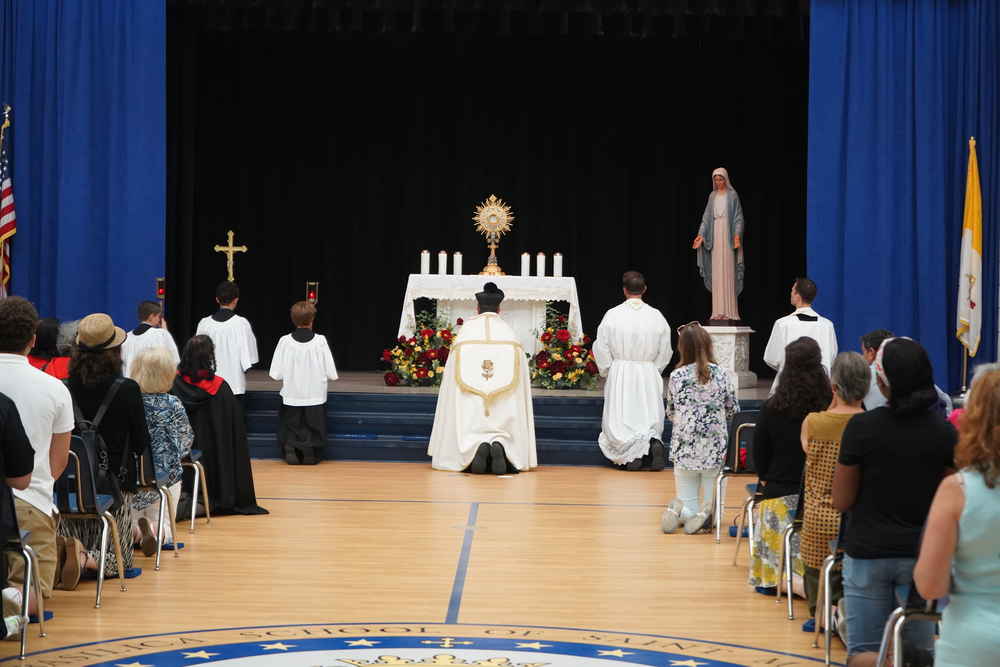 With the support of members of the Order who were also parishioners, the Diocese of Arlington petitioned and was granted minor basilica status for the Church of Saint Mary in 2017, making it the 84th church in the United States so designated. It is the oldest canonical parish in the Commonwealth of Virginia and West Virginia, established originally as one colony.