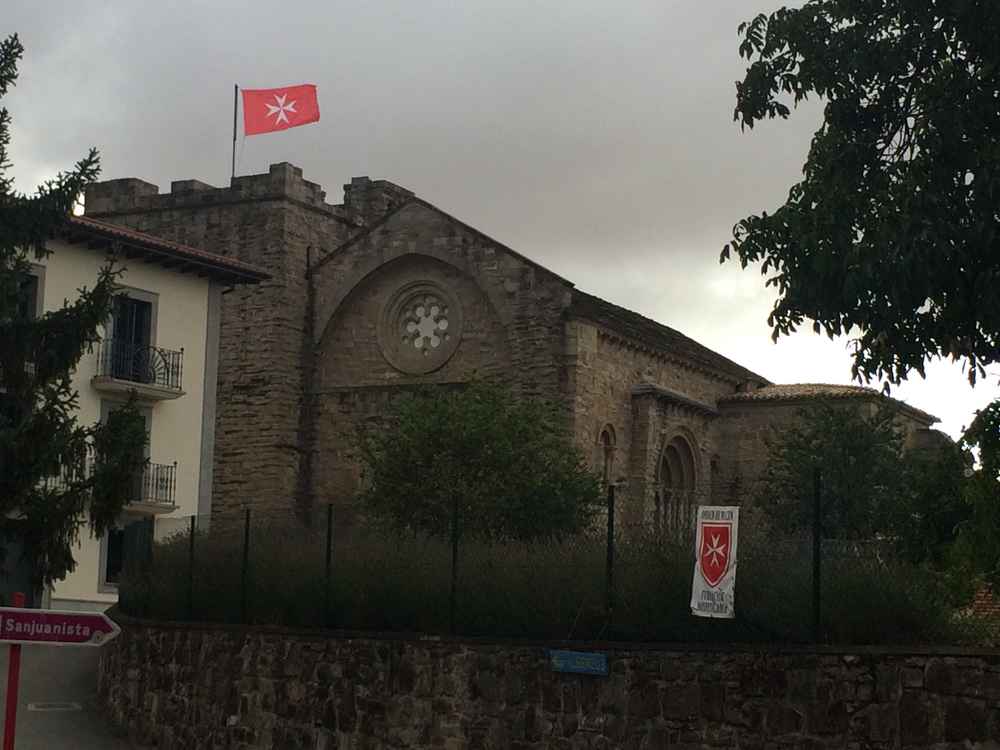 Dave and Erin Archer (Memphis region) recently returned from walking the Camino de Santiago de Compostela.  They began on the feast of the Queenship of Mary in Saint-John-Pied-de-Port, France and finished in Santiago de Compostela on the feast of Our Lady Fatima. Anyone wanting to learn more about the Camino and the importance of well-catechized Catholics being present there can contact the Archers at davearcher76@me.com.

If you came this way,

Taking any route, starting from anywhere,

At any time or at any season,

It would always be the same: you would have to put off

Sense and notion. You are not here to verify,

Instruct yourself, or inform curiosity

Or carry report. You are here to kneel

The Camino has a rich history with the Order of Malta. The Camino began in the 9th century but became the primary site of pilgrimage after the loss of the Holy Land. Over the years the Order established castles, commanderies and hospitals from Saint-John-Pied-de-Port in France to Santiago de Compostela along the Camino Frances path of the pilgrimage. Their presence fulfilled a dual charism of defense of the faith and care for the sick and the poor. They defended pilgrims, cared for them and gave them shelter. At the same time their presence along the Camino, which for many years was the de facto boundary between Christian and Muslim Spain, was critical to the Christian re-conquest of Spain. Of the commanderies and hospitals, a few still stand and one, in Cizur Menor, outside Pamplona in Spain, still operates an albergue (hostel) continuing to care for pilgrims.

Along the Camino, one encounters people with many different reasons for walking. Many of them are younger people who are lost and searching. They have grown up in post-Christian Europe and rarely encounter faith-filled Catholics. Lay Catholic pilgrims can do much to evangelize these people. The Camino also needs the witness of priests walking with them and celebrating Mass with them. Finally, the Camino needs overtly Catholic albergues that care for the pilgrims as Our Lords the sick and the poor. Albergues that treat the foot and leg ailments of pilgrims and feed them a home-cooked meal are rare and become famous along the Camino.